Gold demand picks up in China

CHINESE demand for gold jewellery rose modestly in 2017, aided by industry efforts to better engage with modern consumers. And continued innovation by the trade could bear fruit over the coming years. 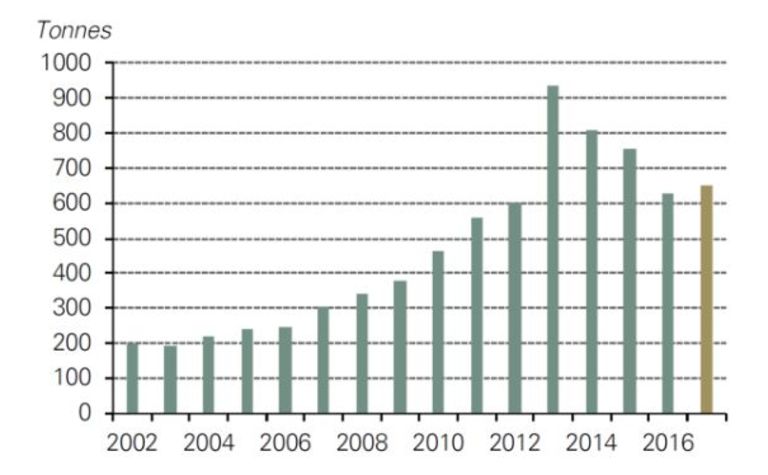 This is the view of the World Gold Council which says in its latest market report that the 2005 to 2013 boom in Chinese gold jewellery demand was followed by a fallow few years, which saw demand shrink by one third.
"But there are green shoots of recovery emerging. The world's largest gold jewellery market, China accounts for one third of global demand. The last few years have been tough, with the industry forced to adjust to a changing consumer landscape," the WGC said, noting that progress had been made with consumers can now choose from a more varied product mix and enjoy a more interactive, rewarding retail experience.
Fuelled by an expanding economy and rising wealth, China's gold jewellery demand has boomed since the early 2000s. Despite this, it has endured some challenging years: jewellery market research shows demand shrank by one-third between 2013 and 2016. But 2017 saw modest growth, following a period of reinvention.
"Jewellers' efforts to modernise their product mix, improve design, and seamlessly blend customers' online and offline experiences are starting to bear fruit. It is our view that China's jewellery market has turned a corner. We believe a more consumer-focused industry, combined with China's rising wealth, will support global gold demand and gold's long-term performance," the WGC said.
Demand for gold jewellery in China more than tripled over the past 15 years as the economy expanded and individual wealth grew. It is now the largest consumer of gold in the world, with China's jewellery market accounting for 30% of global demand.
The 2013 boom - when tumbling gold prices sparked a buying frenzy - saddled the sector with a record number of stores, excess capacity, and fierce price wars. The industry was forced to go through a painful period of reinvention.
"Rather than relying on traditional consumers buying jewellery purely for its gold content, goldsmiths now undertake extensive jewellery market research to get to know their customers better. They increasingly try to meet the needs of modern consumers by offering a more diverse product mix, designing more appealing jewellery and optimising sales channels."
Meanwhile London Metal Exchange cash copper rose by 1.6%  yesterday to a 2018 high of  $7211.25 per tonne, while three-month copper gained 1.7% to $7220/t. Labour negotiations at BHP Billiton's Escondida mine in Chile - the world's largest copper mine - are driving the supply concerns.
Escondida experienced its longest strike ever early last year when production was halted for six weeks.
Overnight, the gold price was fixed at $1294.93.
The WTI crude oil price was up overnight at $65.91 per barrel.
In softer commodities, cocoa decreased $22 per tonne or 0.96% to $2274/t yesterday from the $2296 in the previous trading session, tradingeconomics.com reported. Historically, cocoa reached an all-time high of $4361.58/t in July of 1977 and a record low of $211/t in July of 1965.
Coffee decreased 2.2c per pound or 1.86% to 116.05c/lb yesterday from 118.25c/lb in the previous trading session, tradingeconomics.com reported. Historically, coffee reached an all-time high of 339.86c/lb in April of 1977 and a record low of 42.50c/lb in October of 2001. 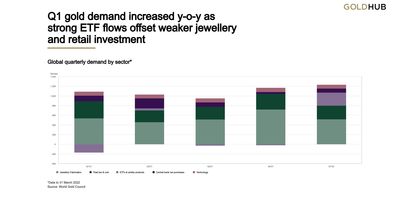