TELEREMOTE will certainly keep miners safe but a Papua New Guinea mine found that the technology can also bring major productivity improvements. 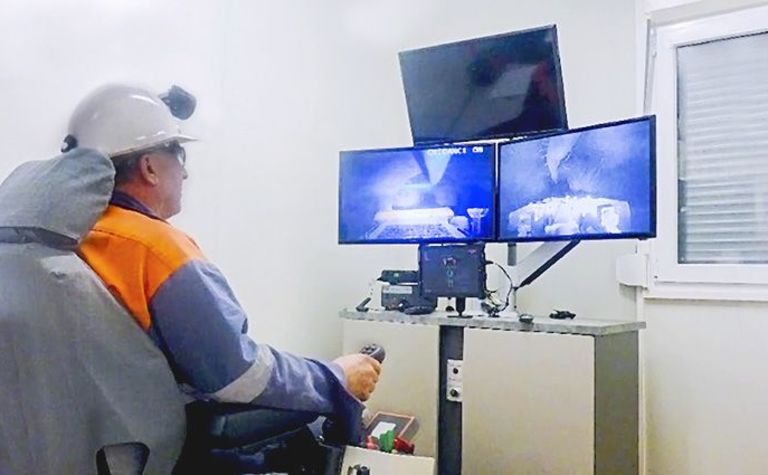 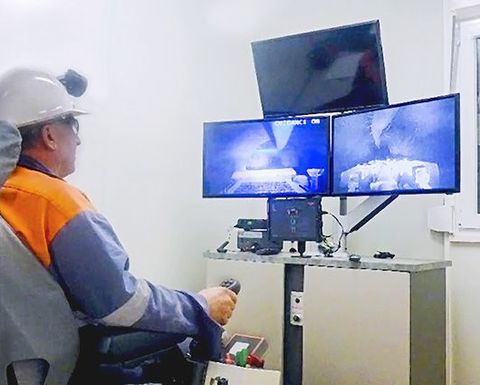 The Porgera gold mine in PNG has had a long history of evolving site remote loader capabilities.

It started using Remote Control Technologies' ControlMaster line-of-sight system and has evolved from there.
Operator safety was a key driver for the move into teleremote operation. Porgera's primary reason for innovating was to ensure operator safety.
It also wanted to increase loader availability, productivity and revenue. While the operation is known as one of the world's top ten producing gold mines, the underground team's aim was to transport an extra 30,000t of underground ore.
Grading 6.6 grams per tonne that would equate to about $US8 million in extra earnings a year. To help achieve those goals Porgera decided to upgrade from line-of-sight to ControlMaster Teleremote on its Caterpillar R2900 loaders.
This would allow the operators to control the machines via remotes from the comfort of an operators' station located in a dedicated flatpack hut on the surface of the site about 500m above the work area.
Operators use cameras and monitors to view the machine, allowing them to operate it away from a potentially hazardous location.
With that bedded down Porgera decided to go for the ControlMaster Guidance system. This is designed to prevent the machines from hitting the walls while the loader is tramming, reducing the potential for machine damage and downtime.
"The introduction Guidance technology resulted in an immediate increase in loader availability and production rates," Porgera Joint Venture underground superintendent Mick Arnold said.
He said it improved operational efficiency by 16%.
Having the teleremote and Guidance systems accessible in a surface control room has brought the added benefit of being able to operate the loaders during blast re-entry times.
"The amount of time it takes to withdraw all personnel from the mine, clear the tag board, blast and conduct blast entry procedures results in an extended period of time when production activities are generally halted," Arnold said.
"Commissioning of the operator station allows the operator to continue stope extraction during this period and to condut a hot seat changeover with an oncoming shift."
PJV load and haul specialist trainer Beny Birseye said locating operators on the surface also allowed more effective training.
"Our specialist haulage trainers are now able to sit right beside the trainee operators while coaching," he said.
"It has also resulted in more exposure time to one on-one training as training is no longer dependent on travelling to the stope site."
For Porgera the initial justification for the upgrade was to capture some of the unused blast re-entry time.
"In the first six months an additional 30,000t has been bogged during re-entry time," Arnold said.
"This is a significant figure considering Porgera underground produces 90,000t of stope ore a month.
"An additional 70,000t has been bogged to stockpiles and/or ore passes at either side of blast re-entry times."
Payback for the unit was less than a year with an estimated 6000t additional to be added to the production delivery figures.
"Actual delivery figures in the first six months have been 30,000t additional stope tonnes added to ore over shift change/blast re-entry times," Arnold said.
All of that without adding to fleet or manpower. 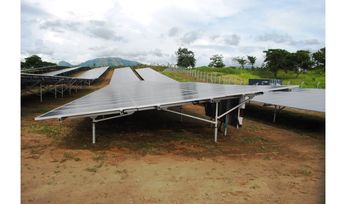 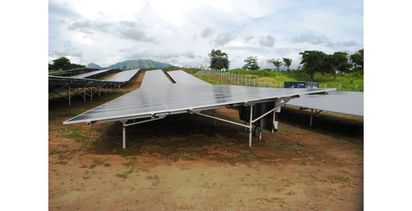