A MERGER being planned between ASX-listed GBM Resources and TSX-V-listed WCB Resources will bring together two juniors with interesting corporate histories and strategies. 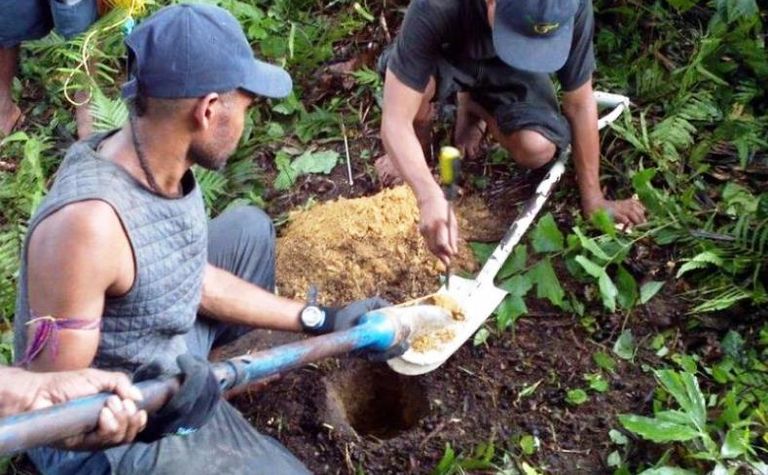 The deal makes obvious sense in so far as GBM is aiming to become a gold producer at Mount Coolon in Queensland in 2017, with the funds generated from that to go into the future potential development of the large Misima gold project in Papua New Guinea's Milne Bay Province currently owned 49% by WCB.
GBM's ambition to become a gold producer is slightly different to a standard venture of this nature in so far as it is being bankrolled by a privately owned UK financial services group National Federal Capital (NFC), which is lending GBM $10 million for the undertaking.
The unsecured loan is to be repaid in cash instalments totalling $10 million between March 2019 and March 2020, and 6057 ounces of gold over a 12-month period beginning November 2019.
At a current gold price of $1600 per ounce, the latter equates to $9.69 million.
However, thus far GBM has only received $1.5 million, though the balance is still expected by the end of next month.
The funds will go towards feasibility work at Mount Coolon.
The merger with WCB requires the NFC loan transaction to complete.
Meanwhile, WCB also presents as an interesting little junior in so far as very little has been heard from the junior in the past year or two despite being backed by successful copper miner Sandfire Resources in 2014.
Sandfire holds 38% following its $6 million investment in 2014, though the interest in the junior barely rates a mention by the miner whose main focus outside its DeGrussa operation appears to be the Black Butte development opportunity in the USAheld by another TSX-V exchange listed company, Tintina Resources.
WCB looked to form a joint venture with Kula Gold early in 2016, with the idea being the two companies' projects on adjoining islands could be combined into one large operation.
However, five months after proposing that potential strategy, ASX-listed Geopacific Resources arrived on the scene at Kula, and Kula's Woodlark Island project is now a joint venture between those two companies.
WCB can earn up to 70% interest in Misima, where mining between 1988 and 2004 is said to have produced about 4 million ounces.
The project currently has 1.3Moz of indicated gold resources (plus 6Moz of silver), as well as another 380,000oz in the inferred category (plus 3.3Moz of silver).
There is also said to be copper-gold porphyry potential at depth.
The strategy is to move to a 70% interest in the Misima by 2018 and complete mining feasibility studies by end calendar year 2019.
In the merger planned between GBM and WCB, GBM hold 64% of the enlarged company and WCB the 36% balance. Kingston moving in on Misima