MAYUR Resources has been granted an environmental permit for coal bulk sample extraction from EL1875, including the Depot Creek project, in Papua New Guinea’s Gulf Province. 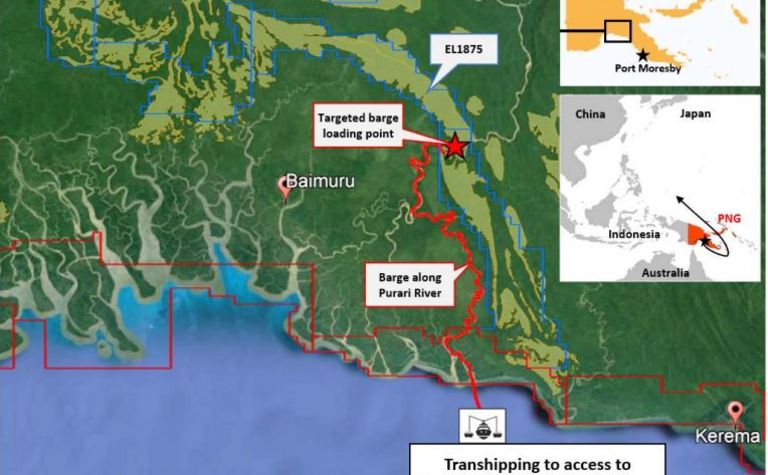 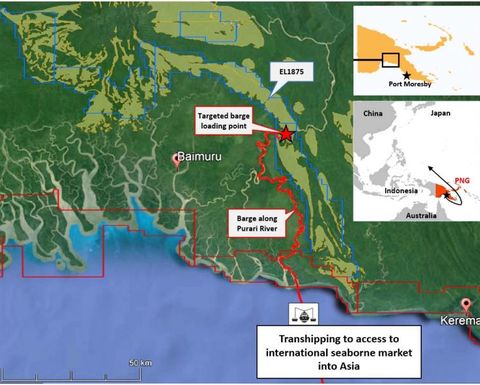 Mayur says EL1875 is owned by the company's subsidiary in PNG, Waterford Ltd, and this is the first time that the Conservation and Environmental Protection Authority (CEPA) has issued an environmental permit for coal bulk sampling in PNG to enable commercial grade shipments.
The conditions of the permit include the submission and implementation of a robust environmental management plan.
"The permit enables the provision of bulk samples of coal for market and end user testing, the objectives of which would be to secure bankable and legally binding offtake contracts with various Asian markets that have been seeking to secure coal for power generation from PNG as an alternative supply jurisdiction with the benefit of the coal being low in environmental contaminants," Mayur said.
Managing director Paul Mulder says it is an exciting step in bringing PNG coal to the international market as a potential new source of energy coal.
"The coal from PNG is attractive as it possesses very low in-situ ash content of 3‐10%, sulphur of around 0.5%, and tests to date have yielded good energy values without the need for washing. Therefore, this type of thermal coal has strong demand in Asia.
"It is of superior quality and cleaner compared to, for example, much of the thermal coal that Australia uses for its own power generation requirements. Coal still provides most of Australia's critical baseload power via the provision of reliable, affordable and sustainable electricity supply to support its first world living standards. Coal is also the dominant fuel source in China and India as well as in South East Asia," Mulder said.
The bulk sampling test works will also help to confirm suitability of the coal for use in domestic power generation.
Mayur and other subsidiary (Mayur Power Generation PNG Ltd) qre also developing a proposed 50MW power station near Lae at the Western Tidal Basin in Morobe Province and would propose to use largely domestic coal as a fuel source for this power station.
"Lae currently suffers from chronic power supply issues and has significant reliance on burning diesel and heavy fuel oil for its power needs. The Lae project aims to provide a new supply of baseload power and help the PNG government achieve its electrification targets of 70% by 2030 (currently just 13%).
"Given coal has never been mined in PNG, any future production and subsequent exports from PNG would represent just a tiny fraction of the international seaborne market that is dominated by the likes of Australia (exporting over 200 million tonnes per year) and Indonesia (exporting over 350Mtpa). Moreover, for context, at 50MW the Lae power project is also very small by world standards and would only require around 300,000 tonnes of coal per annum.
"Various major Asian countries use seaborne imports to supplement the use of their own domestic coal, others that do not have access to domestic coal resources rely solely on these imports. Although PNGs exports would only contribute in a small way in supporting Asia's energy needs, the key is that these coals are of favourable quality with low sulphur and ash characteristics and will provide foreign currency inflows and economic growth opportunities for improvements in employment and education in the Gulf Province of PNG," Mulder said.

PNG will catch up: Mayur Resources