MAYUR Resources says that its Papua New Guinea subsidiary, Waterford Ltd, has had excellent results from a detailed coal mapping program across the south-east areas of the Depot Creek project in Gulf Province (EL1875). 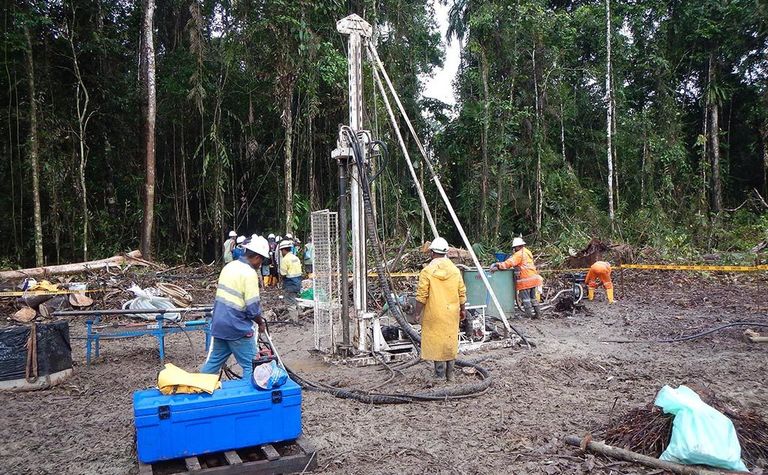 The company says this work identified about 185 new coal occurrences at surface being found and mapped in a 10 square kilometre area. Samples are being transported to Australia for coal quality analysis.
Mayur managing director Paul Mulder said the outcome was very encouraging in confirming the addition of newly identified seams at surface at Depot Creek, and with so much coal outcropping in such close proximity at surface provided many options for follow-up drill targets on the licence.
"The reconnaissance program will inform the design and execution of a follow up infill and expansion drilling program at Depot Creek and with more detailed reconnaissance could provide sufficient confidence to begin an early stage low cost small scale crop‐line mining, river barging and transhipment export operation.
"In parallel with this further mapping will be conducted in the coming months across the wider exploration licence portfolio. The objective is to upgrade and delineate further JORC coal resources and potentially expand the independent coal Exploration Target of up to 210 million tonnes within the portfolio," Mayur said.
Mayur also announced that it had been granted an environmental permit for coal bulk sample extraction from EL1875, including the Depot Creek project.
Mulder says it is an exciting step in bringing PNG coal to the international market as a potential new source of energy coal.
"The coal from PNG is attractive as it possesses very low in-situ ash content of 3‐10%, sulphur of around 0.5%, and tests to date have yielded good energy values without the need for washing. Therefore, this type of thermal coal has strong demand in Asia.
"It is of superior quality and cleaner compared to, for example, much of the thermal coal that Australia uses for its own power generation requirements. Coal still provides most of Australia's critical baseload power via the provision of reliable, affordable and sustainable electricity supply to support its first world living standards. Coal is also the dominant fuel source in China and India as well as in South East Asia," Mulder said.