Looking at 'resource laws in total'

GIVEN the recent political upheavals that forced a prime minister out of office and has so far led to the stalling of the P’nynang gas agreement, it was no surprise that shared value was at the forefront of the first day of the 27th Papua New Guinea Mining and Petroleum conference. 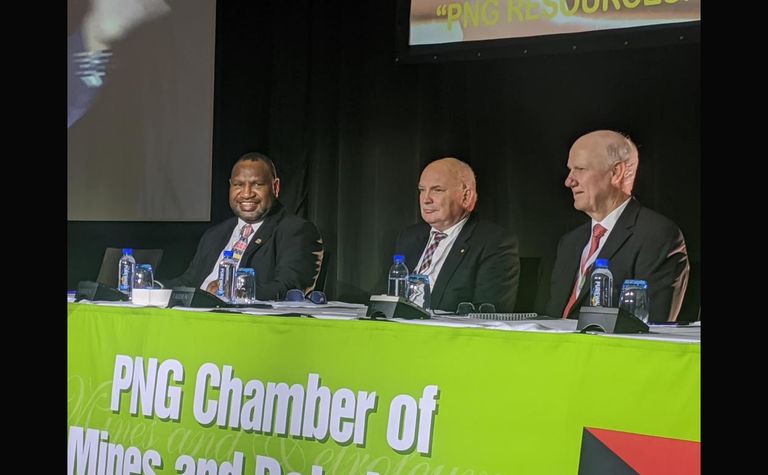 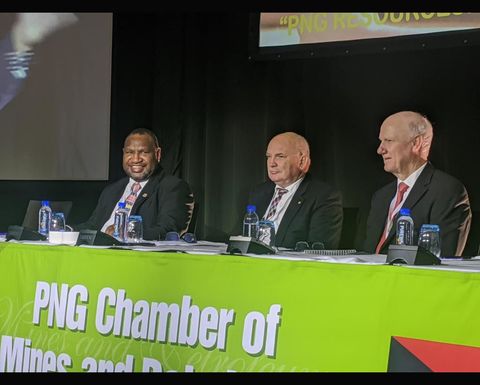 Delivering greater benefits to locals from PNG's multi-billion dollar gas agreement has been the at the forefront of Prime Minister James Marape's agenda since coming to power in May, and it was the same in his opening remarks to conference delegates today.
"There is a growing demand from the government to be able to find answers in contemporary PNG to ensure citizens are happy, prosperous, wealthy and content in living in their country," he said.
As the government is currently reviewing the country's petroleum and mining laws to ensure citizens are better off while putting the industry on edge out of fears the lack of certainty will hamper investment, Marape said he was confident the mining and petroleum sector would join them in ensuring greater value.
"As I have consistently said since becoming prime minister, my government seeks to put in place strong foundations for long-term sustainable economic independence of our country," he said.
"We are looking at our resource laws in total, we are looking at policies to greatly enhance our downstream processing capabilities in our country," he said.
The remarks were followed by an announcement by Kumul Petroleum managing director Wapu Sonk, who said the company was hoping to harness PNG gas to provide greater electricity access to PNG.
"We are putting cheaper and more efficient power into Port Moresby using gas," he said.
Describing the present moment as a "pivotal time" in PNG's resource development, Oil Search outgoing chairman Peter Botten said the industry was rightly being questioned about the benefits that came from existing projects and what they have delivered.
"This needs to be an informed discussion between stakeholders, it needs transparency and it needs trust," he said.
"We must get it right if we are going to have ongoing investment with social development and community cohesion."
Oil Search has spent more than K250 million between 2015 and 2020 through its foundation to address various social issues including health, women's protection and leadership, but Botten admitted the company was on "one end of the spectrum" in its regards to the attention it paid to social due diligence.
"Our future as a company is still so dependent on getting the social development things right, as well as the business fundamentals," he said,
Botten said there was a need to address the youth bulge and unemployment, with over 50% of the population currently under 20.
"If we don't engage with these people and provide them with a meaningful future, we will not have a safe and reliable business in PNG in 20 years' time," he said.
"The vision the PM and the current government has is a right one."
In what was described as a "parallel universe to PNG," Total business director Dr Sangkaran Ratnam gave the example of investing in the local workforce in Angola to deliver its massive offshore deep water LNG projects, as a way of getting what he described local content, right.
"Local content is a fundamental part of our business, society is demanding it, government is demanding it and when it comes to these multi-billion dollar projects our lenders are demanding it," he said.
"Local content is really about good business." 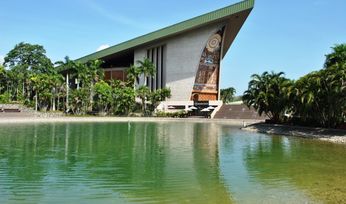 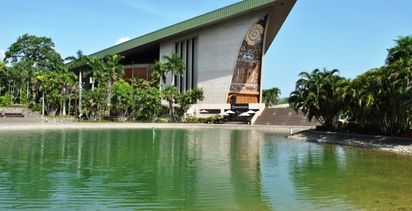