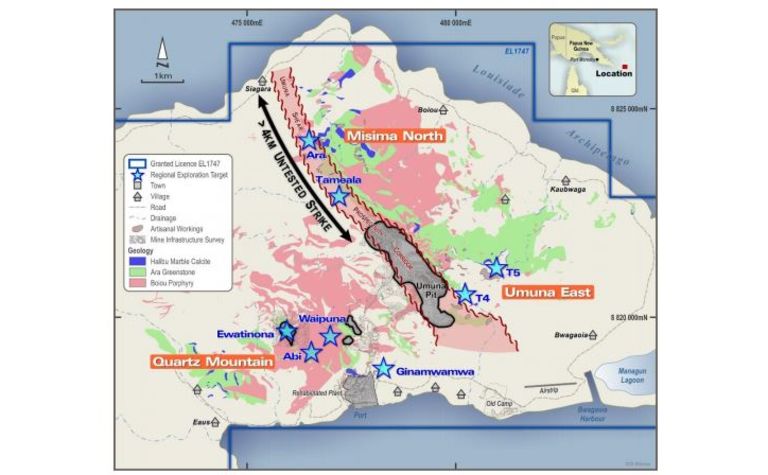 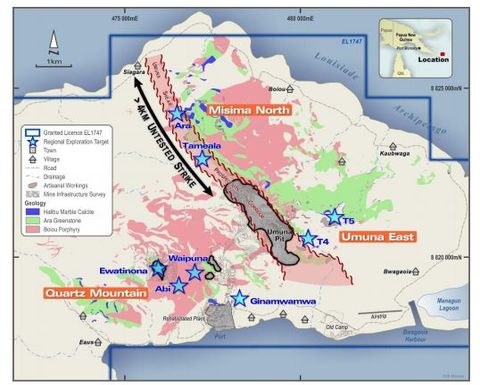 The company says this is the third area which has yielded shallow gold mineralisation as Kingston strives to pursue its strategy to defining early mill feed at the project in Milne Bay Province.
Kingston has completed a 13-hole diamond drill program for 1373m at Umuna East and "Initial results are very encouraging, with a number of shallow intersections reported" including 12m at 1.31 grams per tonne gold from 2m, and 14.6m at 0.96gpt from 11.4m, which included 3.6m at 1.59gpt and 3m at 1.11gpt.
The company says that following recent positive drilling results at Misima North and Quartz Mountain, Umuna East represents a third success in the company's "ongoing campaign to identify areas of shallow mineralisation for potential early stage, starter pit ore".
Kingston managing director Andrew Corbett said it was a credit to the Kingston exploration team that the company now had three areas each with "strong potential" to provide early mill feed.
"The exploration success in each of these areas also demonstrates the under-explored nature of Misima Island despite the extensive mining history and large-scale resource we already have in place. Looking ahead, drilling activity is now focused on the Stage 2 drilling program back in the Quartz Mountain area, in particular Ewatinona and Abi as we look to upgrade and potentially expand the inferred resource in that area. Following that program, we then plan to return to Misima North and Umuna East for Stage 2 drilling," Corbett said. 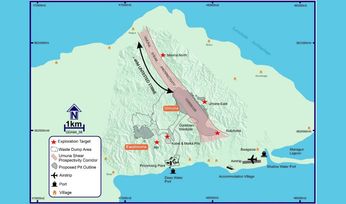 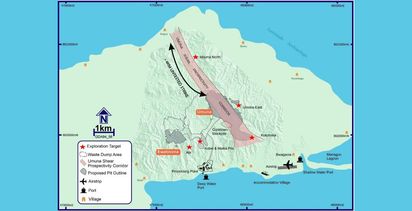