BARRICK Niugini has responded to Prime Minister’s assertion, made on talk-back radio in Port Moresby on August 6, that Porgera gold mine may be closed for up to three years. 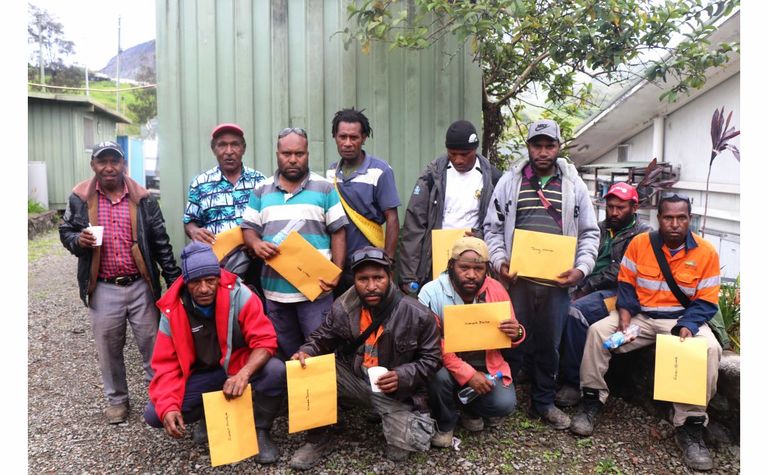 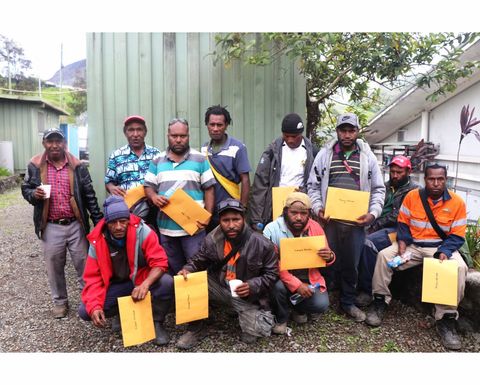 The company says that Marape told parliament in June that the Porgera would be back in operation by September of this year, "yet he now says that the mine may be closed for ‘one year, two years, three years'.
"We respectfully disagree with the Prime Minister that such a delay is an acceptable outcome for the Porgera communities, landowners, laid-off employees, and out-of-work contractors who are suffering severely and face catastrophic consequences as a result of his government's decision not to extend the special mining lease, which in turn forced the mine to close.
"During the coronavirus state of emergency, at a time of economic pressure and rising gold prices, the announcement of the national government's decision to refuse Barrick Niugini's SML extension application forced the immediate closure of the mine, depriving the country of much needed revenue to help combat Covid and support the economy.
The PNG Treasury is losing millions of kina each day in tax revenue at a time when the country can ill afford to do so. As the Prime Minister would be aware, the Porgera SML did not simply expire, it continued to be in force after the original expiry date in August 2019 because BNL had submitted an extension application to the government over two years before that.
"The government did not extend the SML because they wanted to take over the mine, and it is they who must take full responsibility for the hardships that have followed after that decision.
"As the Prime Minister should also be aware, the government does not automatically own the mine after its decision not to extend the SML - this misguided notion is contrary to the law of Papua New Guinea, and ignores the rights and interests of the international investors who have continued to invest billions of kina in capital in the Porgera mine and the PNG economy.
"This is why Barrick Niugini has referred this issue to the courts - to protect the shareholder investment that the government has ignored.
"The Prime Minister also talks about so-called legacy issues such as resettlement and environmental concerns, however the government has consistently failed to articulate the issues that it claims informed its decision regarding the extension of the Porgera SML, despite repeated requests to do so.
"The mine has always operated in accordance with government-issued environmental permits, and in accordance with government-approved environmental management systems, and in over 30 years has never been notified by government of any significant breach of its approved operating conditions.
"The mine has complied with its resettlement obligations, having resettled over 1395 families from within operational areas since mine construction commenced at Porgera, and as the government well knows, had planned for further resettlement of landowner families who are impacted by future operations after the extension is granted.
"The claims of outstanding liabilities and legacy issues are simply not true - Barrick Niuginid has always operated in accordance with all relevant laws of Papua New Guinea.
"The Prime Minister claims that ‘new terms and better terms is something Barrick is fighting'.  He knows this is also not true.  For over a year the company has offered the Prime Minister and his government repeated opportunities to meet and discuss enhanced benefit-sharing terms for the extension of mining at Porgera, to no avail.
"Following the negotiation of an historic agreement between the developer and the Porgera Landowner's Association (PLOA) SML negotiation committee, a benefit-sharing arrangement detailing new and better terms for sharing the economic benefits has already been proposed jointly by BNL and the Porgera Landowners.
"Under that proposed arrangement, more than 57% of the economic benefits generated by a further 20 years of mining would be retained by Papua New Guinea - at current gold prices, this would mean more than K14 billion in taxes collected by the government and more than K2.7 billion in mineral royalties shared between landowners and the Enga Provincial government, coupled with an additional 15% PNG ownership of the mine increased for free.
"This is the best resource development arrangement by far that PNG has ever negotiated with an international investor.
"Barrick Niugini, its shareholders, former mine employees and contractors, landowners and the broader community have a right to know - when will the government engage in a substantive dialogue to find a mutually acceptable solution that will reopen the mine?
"In his remarks [on talk-back radio], Prime Minister Marape mentioned the Panguna mine in Bougainville.  We sincerely hope he does not envision Panguna as a model, but unfortunately each month Porgera remains shut only increases the chances that, like Panguna, it may never be able to resume operations.
"We appeal to the Prime Minister to work with us to ensure Porgera has a different, better future."
Porgera, in Enga Province is operated by Barrick Niugini through an equal partnership between Barrick Gold Corporation and Zijin Mining Group Company - which owns 95% participating interest in the Porgera Joint Venture. The remaining 5%  owned by Mineral Resource Enga , which is a consortium comprising the Enga Provincial government and the Porgera landowners.
Porgera has produced more than 20 million ounces of gold and contributed about 10% of PNG's total annual exports.

Most barbaric thing I have ever seen, says Barrick chief 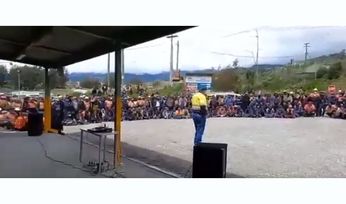 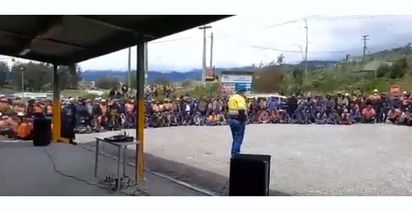