WAFI-GOLPU owner Newcrest Mining has signed four separate option and earn-in agreements with Canadian junior Headwater Gold in which it will spend up to $145 million on US gold projects. 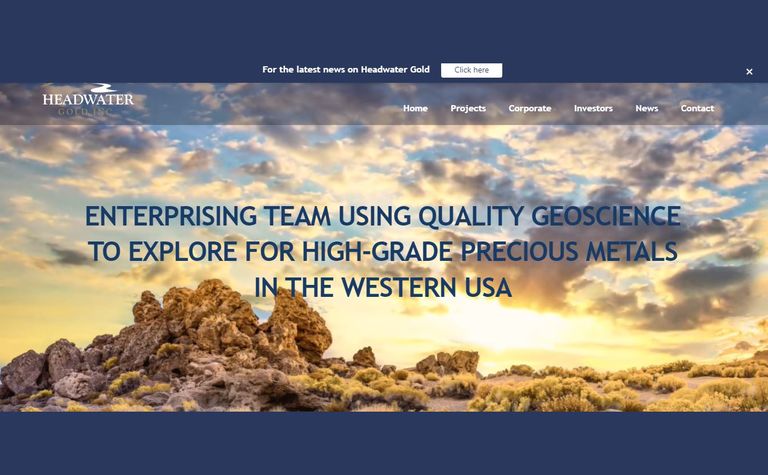 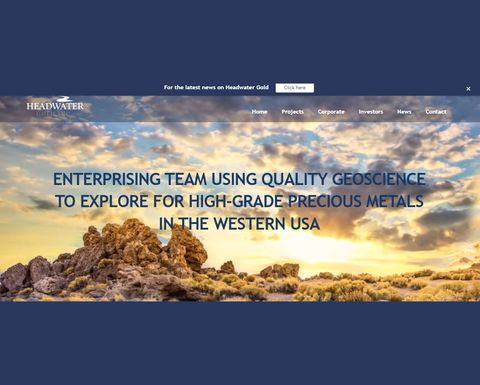 Newcrest will have an option to acquire up to a 75% interest individually in each of Headwater's Mahogany project in Oregon and Agate Point, Midas North and Spring Peak projects in Nevada for cumulative earn-in exploration expenditures of $145 million and the completion of prefeasibility studies which include a minimum resource of 1.5 million gold or gold equivalent ounces per project.
Newcrest has agreed to sole fund a minimum of $8.5 million of exploration cumulatively between the four projects or pay the difference to Headwater.
During the staged earn-in phase, Newcrest will have the right to earn up to a 65% interest individually in each of the four projects by sole funding exploration expenditures of $55 million on the Spring Peak project, $30 million on the Agate Point project, $30 million on the Mahogany project, and $30 million on the Midas North project over a six-year period.
The company will have an additional two years to earn an additional 10% in each project by ceding a 2% net smelter return royalty to Headwater over the Agate Point, Mahogany and Midas North projects, and a 1% NSR royalty over Spring Peak, and completing a PFS.
The Spring Peak project sits in the Aurora mining district of west-central Nevada, adjoining Hecla Mining's Aurora mine complex, while Midas North adjoins Hecla's Midas mine complex.
Agate Point is in north-western Nevada, along strike from the bonanza-grade Sleeper gold mine, while Mahogany sits in south-eastern Oregon, 20km from Integra Resources' DeLamar deposit.
Newcrest general manager of exploration Fraser MacCorquodale said the company was excited to partner with Headwater.
"The Great Basin is a great location for discovering high grade gold epithermal deposits," he said.
"We are also pleased to partner with an experienced and technically strong management team at Headwater and leveraging the exploration capability of both teams represents an opportunity to create significant value."
Headwater is led by chairman Alistair Waddell and CEO Caleb Stroup, both former senior Kinross Gold geologists.
Waddell also leads Australia-focused explorer Inflection Resources.
"This transaction provides a very attractive mechanism to maintain our aggressive, discovery-focused exploration strategy across our high-quality project portfolio," Stroup said.
"The proceeds of the transaction will allow Headwater to continue self-funding our highest-priority 100%-owned opportunities, while Newcrest's project-specific funding will allow for rapid advancement of several projects which require a scale of exploration expenditure and drilling currently impractical for Headwater."
Within 15 days of signing the earn-in agreements, Newcrest will pay $612,989 as reimbursement for project costs previously incurred.
The company will also subscribe for $817,424 worth of shares in Headwater for a 9.9% interest.
Newcrest has no current mining or exploration interests in the US but has dabbled in the past.
It withdrew from an earn-in over GFG Resources' Rattlesnake Hills project in Wyoming in 2020, relinquished the Jarbidge project in Nevada in late 2021 and in June, relinquished an option over Discovery Harbour Resources' Fortuity 89 project in Nevada.
At Diggers & Dealers earlier this month, MacCorquodale said the company was in the process of replenishing its exploration portfolio and flagged the Great Basin as an area of interest.
Shares in Headwater surged 71% overnight to C24c, giving the company a market capitalisation of $13.7 million. Newcrest is acquiring its interest at 16c per share.
Newcrest shares were trading 0.3% higher on Wednesday morning at $A19.14. 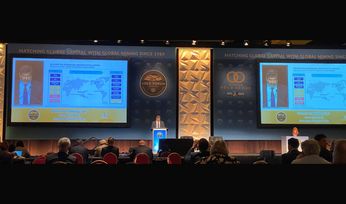 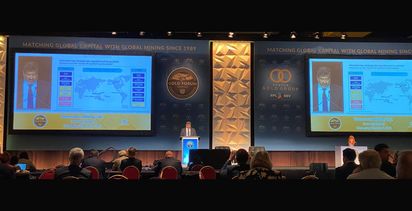