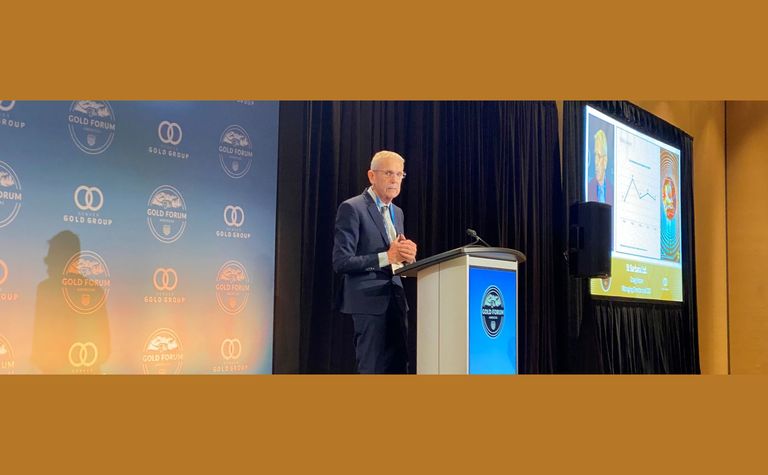 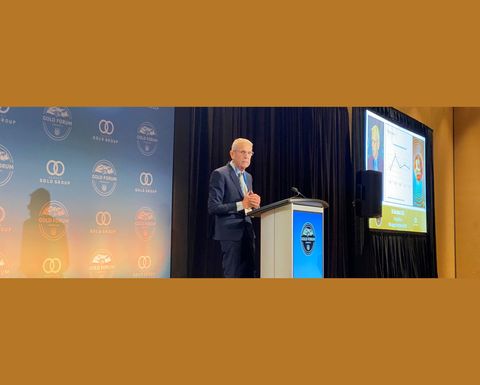 Speaking at the Gold Forum Americas in Colorado Springs this week, Jetson noted the level of media and market interest in regional consolidation.
"Everyone has a view of what it should look like and what it could look like," he said.
"There are plenty of rumours in the market of what I'm up to there."
St Barbara believes consolidation in the region could create a 500,000-800,000 ounce per annum gold producer within two years with at least 10 years of mine life.
The top end of that production range would make an enlarged Leonora producer the third-largest gold producer on the Australian Securities Exchange behind Newcrest Mining and Northern Star Resources.
St Barbara's projected financial year 2023 Leonora production is 170,000-185,000oz of gold.
Jetson said a consolidated producer would have reduced overheads, shared benefits of scale and high leverage to any improvement in the gold price.
"Consolidation is the holy grail for this region," he said.
"There's lots of efficiencies to be had."
St Barbara is in talks with Raleigh Finlayson's Genesis Minerals and has confirmed it is in discussions with other players in the region.
Jetson said St Barbara had a different problem to other companies in the region.
"We've got way too much ore to process in a timely manner," he said.
At the current processing rate of 1.2 million tonnes per annum, it would take 87 years to process the company's 122Mt resource base.
"That's crazy," Jetson said.
"Everyone else in the region has excess milling capacity.
"There's some work to do with those organisations going forward."
While Genesis, which is not in Colorado Springs this week, has been touted as the instigator of consolidation in the district with its takeover of Dacian Gold, St Barbara and Red 5 argue it started much earlier.
Red 5 managing director Mark Williams said it kicked off with the company's October 2017 acquisition of Darlot and King of the Hills.
"We like to think consolidation in the Leonora region started at that time," Williams told the same event, with Jetson sitting in the front row during his presentation.
St Barbara made an approach to Leonora junior Kin Mining in mid-2021 but was rebuffed by the company's major German shareholders.
A recent placement by Kin saw those shareholders tighten their grip on Kin, moving from 29% to 32%.
Meanwhile, St Barbara did not participate in the placement and its interest in Kin dropped from 19.8% to 15.1%.
It acquired Bardoc Gold in late 2021, which Jetson said was a key catalyst for the company's Leonora province plan.
St Barbara and Red 5 have the equal longest reserve life in the district of 12 years.
Red 5 has a brand new, expandable 4.7 million tonne per annum mill at King of the Hills which Williams described as a "supersized processing centre".
He said the mill's processing costs of $12 per tonne were the lowest in the region.
Williams was asked whether Red 5 was predator or prey.
"We're fully focused on being able to deliver what we can control," he said.
"I personally think Red 5 is in a great position - if there is consolidation in the region, we're extremely well-placed." 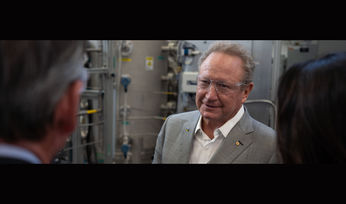 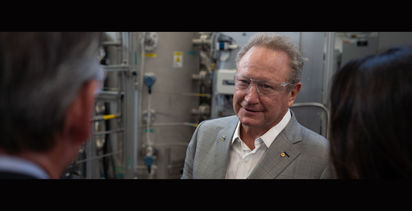 No predictions on gold price