THERE has been a surfeit of good news from PNGs resources arena, but the glitter has been lost for two underground gold mines once considered jewels for separate companies.By Brian Gomez

One of the saddest stories that has been unfolding is how the Kainantu deposit, in a remote part of PNG’s Eastern Highlands, has turned from a million-ounce deposit at grades that were the envy of miners throughout Australasia to a virtual deadweight for Highlands Pacific.

The operation has been stung by a few problems along the way, including the unexpected flooding of its shaft, but the problem threatening its very existence harks back to what appears to be an inadequate exploration database.

Nothing appears to have gone to plan since mining commenced early last year. Although the company had proved up adequate reserves for several years of operation, the reserves were not quite what they were made out to be.

The company had predicted that by the middle of last year, gold production would be at full swing. There had been highly optimistic predictions that output would be ramped up from 115,000oz a year to 165,000oz by the end of 2007 and eventually to 250,000oz a year.

Instead, production in the September quarter last year was only 8015oz and this fell in the December quarter to 6225oz. Hopes of attaining 115,000oz have faded away.

Not surprisingly, the company yesterday announced a loss of $US63.8 million last year, including losses on its gold hedging account. Its auditors, PricewaterhouseCoopers, have qualified the annual financial accounts, warning it was uncertain Highlands Pacific could continue as a “going concern”.

The core of the problem has been an inability to match the announced grades of 21.8 grams per tonne during mining. Instead, due to problems of dilution, the average grade of ore was only 10.2gpt in the December quarter and 8.3gpt in the September quarter.

Discrepancies on reporting of tonnages and grade between the mine and the processing plant suggest the ore grades might be even worse than the above figures suggest.

According to the financial report, the operation last year had a working capital deficiency of $US34.9 million and it is still not possible to predict likely output during 2007, a parlous situation indeed.

Highlands Pacific had been one of the only companies to continue with extensive exploration activity during PNG’s dark days when a poor fiscal and operating environment caused grassroots exploration to plummet to record lows.

Probably just about two years ago, things were really looking up for the Tolukuma gold mine in PNG’s Central Province. It had been declared the “jewel” in the entire operations of South Africa’s big DRDGold group.

Since then, the mine has become a victim to incorporation under the umbrella of Emperor Gold, together with a 20% stake in Porgera and the Vatukoula mine in Fiji.

Emperor is now desperately trying to keep its head above water following the collapse of mining operations in Fiji and Tolukuma has fallen off its pedestal as a good performer for the group.

Emperor is now carrying out a virtual fire sale of its assets, having disposed of Vatukoula and announcing plans for another asset sale in the next week or so.

Barrick Gold believes it has a pre-emptive right on the sale of the Porgera stake, which is more easily marketable than the much smaller Tolukuma mine.

The latter itself is mired in controversy about claims that people living along key rivers in the province have been found to have high levels of lead in their blood, but Emperor is stoutly denying there is any truth in these reports.

Last July, the mine had been affected by flooding. Later in the year it had to be shut down because of serious damage to its semi-autogenous grinding mill, by which time the mine was looking like a badly tarnished jewel. 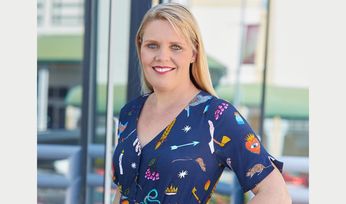 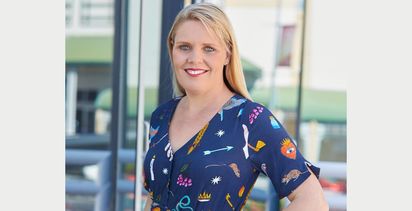 Govt to lose $1B from Porgera shutdown

US to lose influence in Pacific after Paris pull out