THE Papua New Guinea Women’s Business Resource Centre, co-funded by the US and Australian governments has been officially opened. 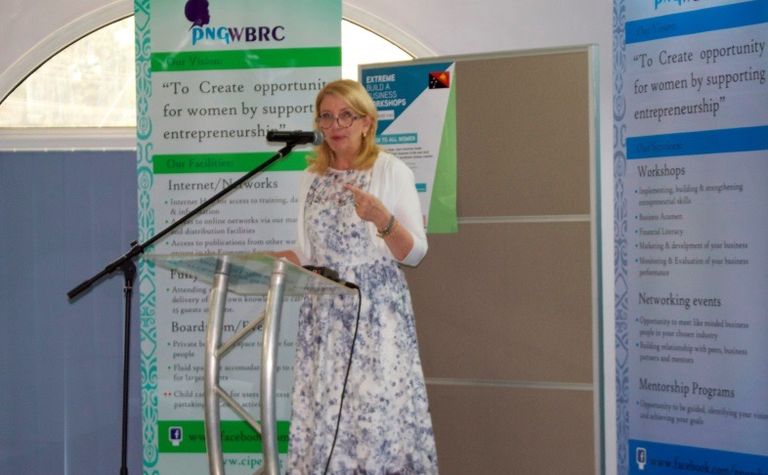 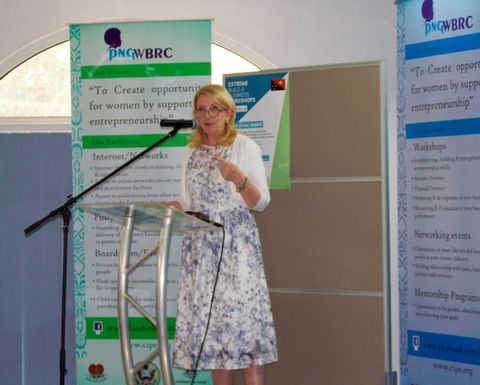 Women's ambassadors for the US and Australia - Catherine Russell and Natasha Stott Despoja - officiated at the event and also attended the anti gender-violence initiatives being held to coincide with the FIFA under-20 Women's World Cup Soccer tournament being held in Port Moresby.

The centre will be managed by the Centre for International Enterprise, a US-based organisation that works on strengthening democracy around the globe through private enterprise and market-oriented reform. The Women's Business Centre will allow PNG women with great business ideas to be mentored by experts and move their ideas into reality.

Russell also announced new women's programs for PNG funded by the US.

The US is providing $300,000 in technical assistance to the PNG Women's Chamber of Commerce and Industry through the Centre for International Enterprise. A further $100,000 for small grants was also announced and will be administered by the US Embassy's partner, Papua New Guinea Tribal Foundation.

"We hope that the small grants will help empower women all over PNG just like the women that will use this business centre," Russell said.

"Women can start applying for those grants immediately."

Russell also said that the US Embassy Port Moresby had received a grant for a Sports Visitor program which would send 10 girls from Papua New Guinea to the US in July, 2017. "This program will demonstrate how success in athletics can translate into achievements in the classroom and life," Russell said.

Developing the best in business 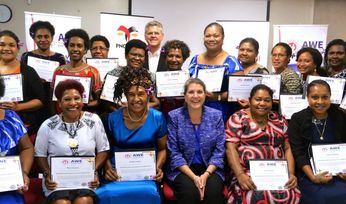 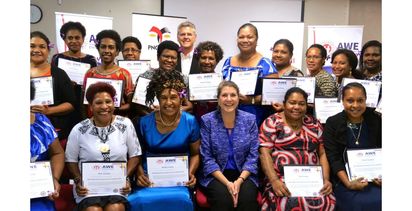