MOODY’S Investors Service has lifted the outlook for gold producer St Barbara to stable from negative.

The company's corporate family rating and senior secured rating were affirmed at Caa1.

"The outlook change reflects the progress made on the company's Simberi mine in Papua New Guinea, leading to a strengthening in cashflow metrics," Moody's analyst Saranga Ranasinghe said.

Production at Simberi in the March quarter jumped to 22,498 ounces of gold from 17,294oz in the December quarter, while all-in sustaining costs dropped 19% to $A1310 an ounce.

The mine was cashflow positive for the first time since St Barbara acquired it in 2012.

"Moody's has previously stated that the rating outlook could revert to stable if St Barbara can successfully execute on the initiatives to increase production and reduce the unit cash costs at Simberi, and demonstrate a sustainable improvement such that the mining operations there are at least cashflow break even, limiting the cash drain on the group," Ranasinghe said.

"We believe, the current increase in production is sustainable and the mine will generate positive cashflows in the medium term."

Moody's also noted the sale of the troubled Gold Ridge mine in the Solomon Islands had helped stop the cash drain on the company.

Investors have also noticed the improvements, with St Barbara shares performing strongly this year, up by more than 300% so far.

St Barbara said there was no change to its debt arrangements as a result of the Moody's announcement. 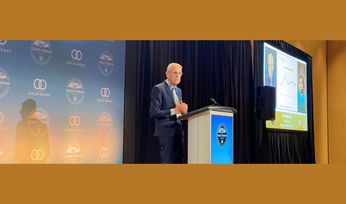 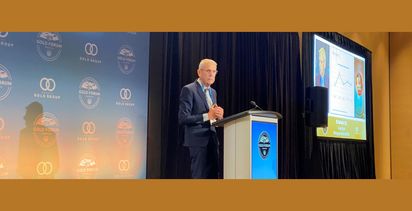