LARUS Energy, which first defined the Torres Basin in an area of eastern Papua New Guinea once regarded as moose pasture, may not have been successful in farming out its massive leads and prospects to date, but it is no longer exploring the undrilled basin alone, with Total and ExxonMobil applying for some new offshore licences within the undrilled province. 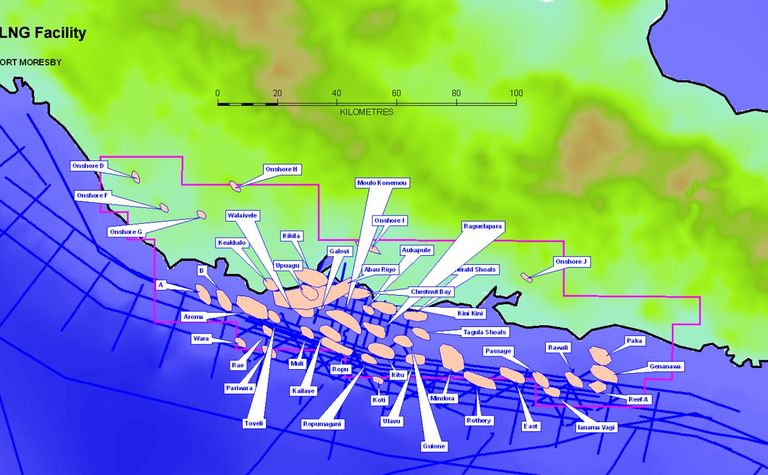 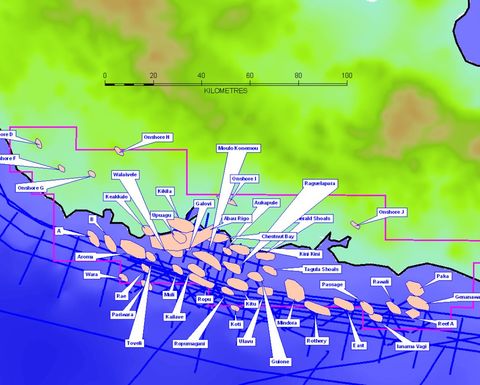 Larus yesterday said that the French and American oil giants had submitted competing applications for exploration licenses in the Torres Basin, adjoining and surrounding its own PPL326 licence.

It is a sign of industry support for hydrocarbon prospectivity and interest in the southeast of PNG, an emerging low-cost LNG province, Larus said.

If approved, the licences will be the first offered in the area since Larus began exploration in 2009.

Total's APPL 576 and APPL 589 cover some 33,000sq.km, and expand the French oiler's interests in the Gulf of Papua where it teamed up with Oil Search in 2013 by participating in the Flinders-1 and Hagana-1. It opted out of the third well, Kidukidu-1, which Oil Search sole-risked.

Flinders-1 intersected a 5-10m gas column in good quality sandstone that has the potential to extend over the broader Flinders structure updip of the well, while Hagana-1, intersected a 9m gas column in the deeper secondary Pliocene objective. The first well returned only minor gas shows.

All three wells were abandoned.

ExxonMobil's application, APPL570, adjoining and south east of Larus' PPL326, is in competition with Total's APPL 589.

Larus, which has focussed solely on PPL 326 since abandoning the Gippsland Basin in 2012, has also confirmed it no longer wants to be a single-permit company, with two new licence applications of its own to the north and south of PPL 326.

The Torres Basin was identified by Larus exploration director Mike Swift, who looked at a number of seismic lines shot on spec by Fuguro in the Gulf while he was directing Blue Energy's then interests covering 67,000sq.km.

While examining the seismic Dr Swift saw some large overlooked thrust structures similar to the Hides field on the data in an area twice the size of the prolific Highlands fairway, which led directly to the founding of Larus in 2010.

The subsequent Baramata 2D seismic survey not only confirmed the presence of potentially massive gas-bearing structures, but the presence of the previously undefined basin.

Prior to Larus' 2D and 3D surveys, there had been little seismic in the area, beyond a German-funded study of the Coral Sea in 1981.

The Torres Basin area had been written off as volcanic and not prospective, but Larus realised that beneath the volcanic rocks were highly prospective rocks that were once joined to the Queensland Plateau.

Black mud, eroded off the Owen Stanley Ranges, appears to act as a perfect seal, stopping any hydrocarbon seeping to the surface.

The Torres Basin is separated by a high from the Papuan Basin, with a source kitchen expected in the Torres Trough, and contains a buried Highlands analogy.

There are large, multi-Tcf prospects and leads defined to date, such as the 9.5Tcf potential Sunday prospect, which have been the focus of intense study over the past six years.

There is a potential active hydrocarbon system in the block, which shares both onshore and offshore areas.

Larus, which has successfully renewed its block for a second six-year period, is seeking a partner to find the first drilling in the area.

Work to date in the permit has defined more than 50-plus prospects and leads in a mix of Mesozoic and Tertiary targets with the potential for billions of barrels of liquids and almost 100 trillion cubic feet of gas at the upside across a dozen potential plays.

LARUS Energy, which first defined the Torres Basin in an area of eastern Papua New Guinea once regarded... 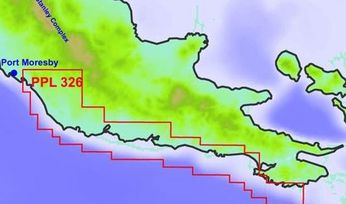 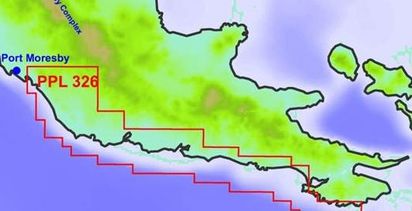