THE kingmaker party in Fiji's rollercoaster election has backed an earlier decision to team up with the opposition coalition, ending Frank Bainimarama's 16-year leadership. 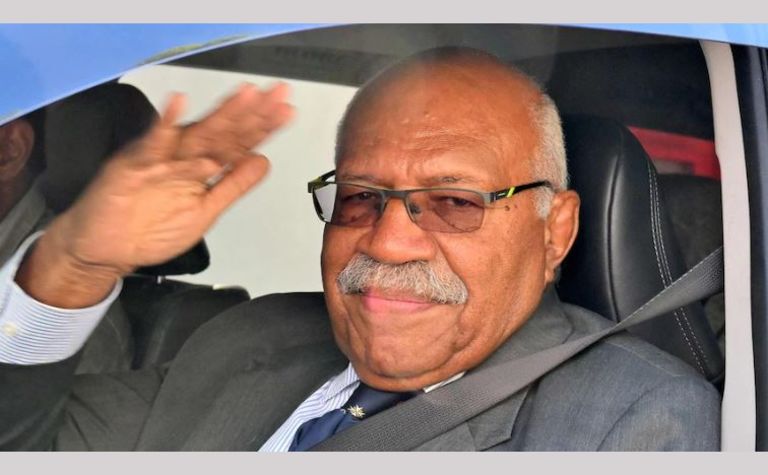 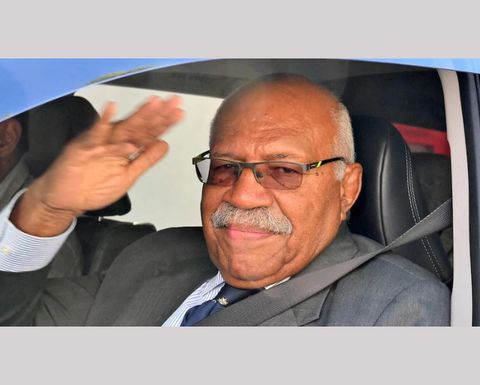 The Social Democratic Liberal Party (SODELPA), which favours policies benefiting indigenous Fijians, held the balance of power after winning three seats in the hung parliament, Radio New Zealand Pacific reported.
In a highly anticipated announcement, a SODELPA spokesman said the party had weighed the decision with respect to the interests of the nation.
"It's not an easy task. This was a difficult decision that was taken today," he said.
"The management board of the SODELPA Party has today, through democratic means … decided to partner with the People's Alliance Party (PAP)."
The decision reaffirmed the party's vote on Wednesday to enter into a coalition with the PAP and the National Federation Party, installing Sitiveni Rabuka as prime minister.
But that decision was invalidated due to some SODELPA board members not being entitled to vote.
Bainimarama and Rabuka are both former coup leaders.
Neither party received a majority to form government, and Bainimarama has yet to concede defeat.
SODELPA leader Viliame Gavoka said the vote was tight, with 13 votes for the PAP, 12 for Fiji First, and one vote invalid.
"It was very close again. It came down to the wire. We believe we have agreed on a way forward," Gavoka said.
Rabuka's coalition had been confident after its meeting with SODELPA about its ability to re-make its case for government.
Rabuka said it was a "very cordial, very good meeting", while National Federation Party leader Biman Prasad said he was "excited" after giving their presentation.
"We are absolutely confident that the partnership that we are trying to forge is going to be the partnership in government," Professor Prasad said.
He said Fiji's president would call parliament to sit, where coalition politicians will vote for Rabuka to become prime minister.
"We believe that the people of this country are united. They want to move on," Professor Prasad told reporters, dismissing Bainimarama's claims of ethnic tensions.
Professor Prasad pledged the new government would support a free media, free speech and be inclusive.
Bainimarama and his Fiji First colleagues did not comment to the media after ending their meeting with SODELPA on Friday.
The latest developments come after Bainimarama said the military had been called on because of attacks on the Indian ethnic minority in the wake of the election.
Opposition parties accused Bainimarama and his allies of stoking fears of ethnic trouble as a pretext to cling to power.
Amid the political uncertainty, Fiji's second-highest-ranking police officer Abdul Khan resigned.
The assistant commissioner had been tasked with leading the joint military and police security operation and was leaving the force due to "personal reasons", according to a statement from the police commissioner.
Before this development, Prime Minister Anthony Albanese said Fiji would remain an important partner for Australia.
"We stand ready to work with whoever forms government in Fiji," he said. 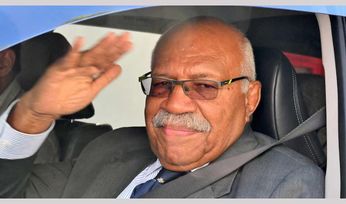 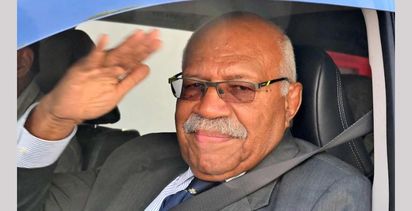 'Job-killer of the century'