SHELL may have largely abandoned the “design one, build many” philosophy for its FLNG facilities, but it is the strategy ExxonMobil is adopting to fast-track offshore Guyana, in addition to its shale-heavy plans for the next three years. 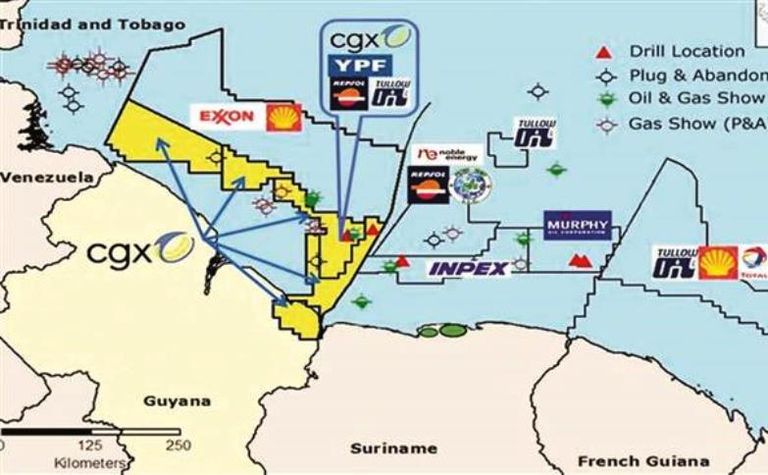 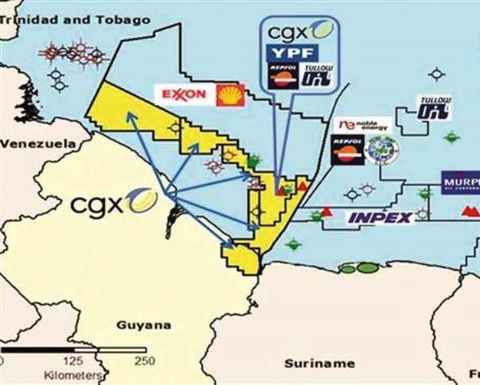 ExxonMobil only discovered the Liza field last year, but it is aiming to get two floating production facilities into what looks like a one billion barrel oil project today by 2020, with plans to take a final investment decision this year.
Speaking to investors this week new executive chairman Darren Woods said front-end engineering and design was underway on a proposed 100,000-120,000 barrel of oil per day floating production shortage and offtake vessel, with a second phase likely to more than double production to 300,000bopd with the addition of a second floater in the Stabroek block to help produce the Liza and Paryara discoveries, offshore Guyana.
Guyana has emerged as one of the world's hottest exploration destinations and ExxonMobil plans to shoot 23D seismic in the recently secured Kaieteur block later this year.
Together with the Starbroek and Canje blocks the oiler now owns around 11.4 million acres in the country.
This year ExxonMobil plans two appraisal wells, Liza-4 on the eastern flank of the field and Payara-2, which could increase the potential size of the project to 2Bbbl.
A third well, Snoek-1, will test a new prospect also in the Starbroek block similar to the existing discoveries, and further exploration wells are planned for Guyana during the rest of the year, including a prospect beneath Payara, Woods said.
"We're very excited about future potential in Guyana," he said.
In the lead-up to 2020, ExxonMobil is planning the start-up of five major upstream projects in 2017 and 2018, which will contribute an additional 340,000boepd, including Odoptu Stage 2 in Far East Russia and the Hebron project in Eastern Canada, the Upper Zakum expansion in the United Arab Emirates, Barzan in Qatar and Kaombo in Angola.
These investments will support upstream volumes that are projected to be in the range of 4-4.4MMboepd by 2020.
It has added 1.2MMboepd since 2012 and has around 100 productions in the planning, concept selection and construction stages, including development of several new trains in Papua New Guinea based on existing resources, the Muruk-1 discovery and the newly acquired Elk-Antelope fields.
To support its development, ExxonMobil is planning to hire workers around the world, suggesting a turnaround on the job cuts of the past two years.
The company is already looking for workers in the US, UK and Papua New Guinea.
ExxonMobil anticipates capital spending of $US22 billion ($A29 billion) in 2017, an increase of 16% from 2016.
Capital and exploration expenses through the end of the decade will average $25 billion annually.
ExxonMobil said more than 25% of this year's budget will be on high-value, short-cycle opportunities, including in the Permian Basin and Bakken Shale.
The company has an inventory of more than 5500 wells in the Permian and the Bakken with a rate of return greater than 10% at $40 a barrel, with nearly one-third generating significantly higher returns.
Total annual net production growth from these basins through 2025 could be as high as 750,000boepd at a compound annual growth rate of about 20%. 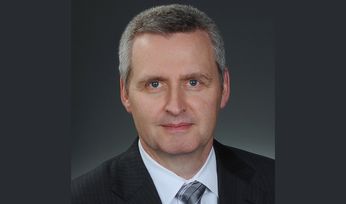 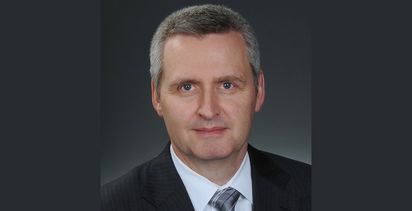