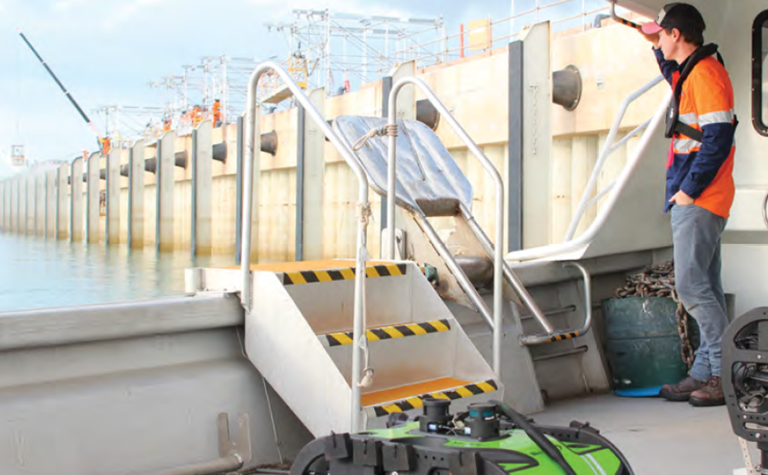 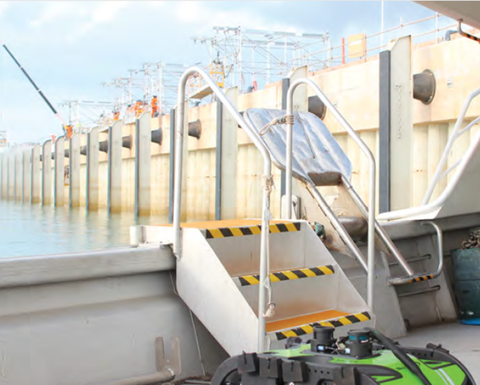 Geo Oceans commercial manager Nick Veitch said the finalist for the 2016 Subsea Energy Australia Innovation and Technology award had completed a completely diverless UWILD [underwater inspection in lieu of dry-docking] survey with Lloyd's Register to achieve the savings, and that quantum was likely to be repeatable.
The company believes it could be possible to save substantially on FPSO vessel class UWILD inspections and on subsea pipeline removal and installation.
Geo Oceans recently mobilised with kit for two extremely challenging projects off the North West Shelf, including another with a major Australian operator that should again set a new benchmark in remote diverless inspections using its asset deployed mini-ROV (remotely operated vehicle) technology.
The company has developed a range of new technologies around mini-ROVs, such as its class survey system [CSS] technology that is a combination of different tooling and auxiliary systems for the ROVs, and its GO Visions habitat assessment technology that allows rapid and real-time marine science data acquisition and processing during towed camera and ROV surveys.
Veitch told on at the recent AOG Expo in Perth that mini-ROVs are ideal for undertaking inspections on offshore facilities, of which there are more than two dozen across Australia and New Zealand.
FPSOs have regular classification requirements and Geo Oceans has developed technologies to enable the use of ROVs, both removing the need for commercial drivers and the need for a diving safety case.
Some companies don't even require HAZID reviews, but divers some of the most dangerous jobs.
It saves a considerable amount of planning and reducing the risk to workers, saving both time and money.
The mini-ROVs can be deployed from facilities with no support vessels or large teams, Veitch said.
He said the cost savings Geo Ocean had seen had been both substantial and consistent over the past two years.
He said there are class inspection companies using ROVs for less onerous intermediate surveys around the world, but they were less commonly used in more complex specialist surveys - until now.
"We can deliver the special surveys because of the technology we have developed (that) we have built it here in Perth. We do a lot of research and development at Osborne Park [Perth]," he said.
The mini-ROVs weigh just 25kg with tooling installed, so the team of two operators and an inspector can travel to offshore facilities, often as part of the regular helicopter runs.
"Normally we'll send out pallets or a container, because while the ROV is light, if we are doing inspections we'll be running a 5000-8000psi blaster and the motor for that weighs about as much as the motor in your car, so the system is more than just the ROV," he explained.
The all-electric ROVs have dual fibre-optic cables that mean minimal drag, and while they are less powerful than larger ROVs, they are powerful for their size and the handle currents well, he said.
Their small size and ease of handling means they can be more easily used in some of the more complex working parts of vessels where larger ROVs can run into difficulties.
"Work-class ROVs struggle tend to dislike working in the top 10-15m of the water column because there are a lot of currents, particularly around an operating FPSO, and there is a risk of coming into contact with the FPSO, mooring chain and risers and doing damage," Veitch said.
"Commercial divers will also have areas around FPSOs they can't access, such as due to hot water cassion discharges, whereas we can access all of those areas."
While the ROVs are rated down to 950m, which will allow them to work around many of the offshore facilities in Australia and New Zealand, drag becomes an issue at depth and the benefits of using a smaller ROV diminish, although depths of up to 300m of water offers significant cost savings.
"If it is less than 100m we can operate off ‘cray boat' type vessels," Veitch said.
With no need for divers, the company says it can extend coverage of offshore facilities more thoroughly.
"The last inspection we did involved looking at around 5000sq.m of a hull that had not been inspected in around 10 years, so the class surveyors were extremely happy that we could get in there," he said.
He said the technology had been successfully utilised on FPSOs, pipelines and platforms.
"We have done quite a large subsea pipeline construction project," he said.
"We supported decommissioning and installation of 3.8km of subsea pipeline in New Caledonia for Vale. They have one of the largest nickel processing plants in the world at Goro.
"They have a 28km subsea discharge pipeline, and we did touchdown monitoring for the construction for the laying, and also monitoring and light intervention for laying around 300-400 stabilisation blocks on the new pipeline, and then support removing the old pipe."
He said there were massive savings because fewer support vessels were needed.
"It was just us, and a dumb barge and crane being moved around by tugs. I think the costs for the whole spread was $70-80,000 per day compared to a single DP vessel which can go $180,000-250,000 per day," he explained.
The ROVs come with cameras and can support 3D modelling and tools to ensure accurate measurements plus ultrasonic thickness measurements for sea life surveys and crack detection, and can undertake high-pressure blasting for cleaning.
Veitch said a lot of work had been undertaken in recent times on expanding the non-destructive testing capabilities.
"We have a campaign mobilising at the moment which will have some extremely significant outcomes to conduct NDT for cracking, corrosion mapping on risers and J-tubes on FPSOs," he said.
The company has also supported construction for Inpex, wharf and jetty inspections in the Pilbara and seawall inspections.
Geo Oceans started up in 2010, and over the past seven years has been making efforts to develop its technologies in-house, Veitch said.
It has recently been partially purchased by Global Energy Group, which has a majority shareholding.

Paying bonus was way of showing appreciation to 63,000 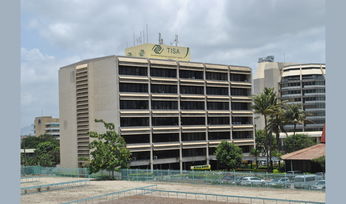 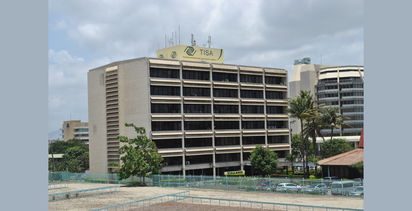