PUMA Energy has taken immediate steps to contain a minor oil spill near the Napa Napa refinery in Port Moresby that occurred on April 25. 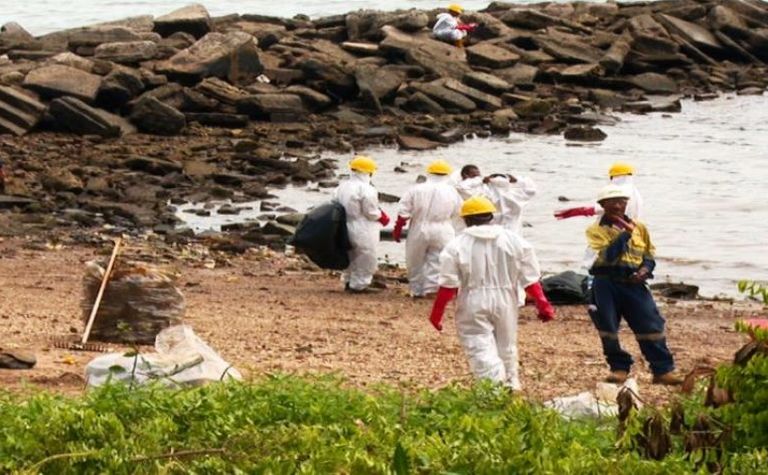 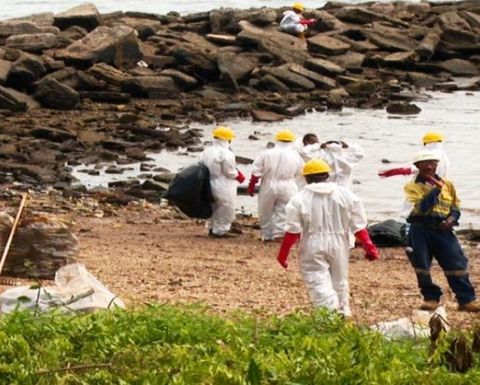 The incident was related to a subsea hose connected to the pipeline feeding Puma's Kanudi Terminal Facility and resulted in about 19 barrels of oil product being released into the harbour area.
Puma country manager Jim Collings held a press conference April 27 to publicly respond to the incident and detail the company's response.
"What people will have seen is a flurry of activity from us," Collings said.
"We, as an organisation, take any spill to water extremely seriously, and it doesn't matter if it's small or large we employ the same protocols. We employed our emergency response team and the purpose of that was to contain and manage the product to the water.
"That has been contained and we have actually extracted the product from the water in a majority of instances.
"Over the last few days, Puma Energy has also been deploying people and resources to clean up the residual impact on the sporadic areas of the foreshore that have been impacted."
The clean-up has been localised to the confined areas of Paga Point, along the beach at Kilakila, surrounding harbour areas and at Manubada island. A small amount of oil reached land near Kilakila and teams on the ground have been working to clean it up.
Collings said Puma safely dealt with 100,000 cubic metres of oil each month - approximately 630,000 US barrels - and that the incident posed no threat to the local fishing industry and marine life in the area.
"We want to reassure people that this is a product that has been contained and cleaned up and we are managing that. We will continue to work to ensure that any work on the shore gets cleaned up," he said.
The company said the spill was the first of its kind for Puma in PNG, and lessons have been learnt.