SEVERAL oil majors, including Shell and BP, are boosting their share of natural gas output, writes Tim Daiss for Oilprice.com.

A Bloomberg report said these two oil companies, by increasing gas production, are trimming the lead between them and ExxonMobil, the world's largest publicly traded oil company.
ExxonMobil has a current market cap of $348 billion, while Shell has market cap of $317 billion, and BP at $156 billion.
BP expects by 2020 to produce about 60% gas and 40% oil, a reversal from 2014 when it was the opposite - a pivot that many other oil companies will likely follow. ExxonMobil for its part currently produces about 55% oil and 45% gas and remains the largest natural gas producer in the US. Shell's acquisition of UK-based BG Group for $50 billion in 2016 boosted the share of natural gas to 50% of its global fossil fuels output and made it the world's largest natural gas trader.
Steve Hill, executive vice president for gas trading at Shell said recently "we see the market growing rapidly, with gas demand growing faster than overall energy demand", adding that "we don't see renewables as being a threat to gas".
Brian Youngberg, an analyst at Edward Jones and Company, based in St Louis, said in reference to gas that "in the fossil fuel area, it's the one clear growth part of the business".
LNG is also increasingly taking a larger share of gas trade. LNG's share of total gas trade is forecast to rise from a third last year to almost 40% in 2023, with much of this increase attributed to LNG demand growth in China.
According to the Paris-based International Energy Agency (IEA), Chinese demand for natural gas will rise by almost 60% between 2017 and 2023 to 376 billion cubic metre. This includes a rise in its LNG imports to 93bcm by 2023 from 51bcm in 2017.
Emerging markets in Asia, including Vietnam, the Philippines, Thailand and Pakistan, will account for about half of global LNG imports by 2023. This continued and sustained rise in LNG demand will have big impacts on trade flows, LNG pricing structures and global gas security.
BP, in its 2018 Energy Outlook, projects that natural gas demand continues to grow strongly to 2040, supported by broad-based demand and the continuing expansion of LNG.
Global LNG supplies are set to more than double over the BP outlook period, with around 40% of that expansion occurring over the next five years.
The Outlook added that the sustained growth in global LNG supplies greatly increased the availability of gas around the world, with LNG volumes overtaking inter-regional pipeline shipments in the early 2020s.
Shell in its LNG Outlook 2018 added that global LNG markets had continued to defy expectations, growing by 29 million tonnes in 2017, more than 30% more than expected.
Based on current demand projections, Shell sees potential for a supply shortage developing in the mid-2020s, unless new LNG production project commitments are made soon.
Moreover, since the start of the century, the number of countries importing LNG has quadrupled, while the number of countries supplying LNG has almost doubled. LNG trade increased from 100Mt in 2000 to nearly 300Mt in 2017.
Finally, as buyers procure more of the super-cooled fuel on the spot market and via shorter-term deals, amid a re-configuring of contract conditions and the removal of restrictive clauses such as take-or-pay and destination clauses, the fuel will increasingly trade more like a true commodity, similar to iron ore and even crude oil.
While big oil and global oil markets will still dominate the headlines due to geopolitical dynamics as well as still growing oil demand growth amid supply concerns (at least in the short to mid-term), gas with LNG as a large part of the equation will command more attention and increasingly move out of the shadow of oil markets - a development that many in the industry claim is long overdue. 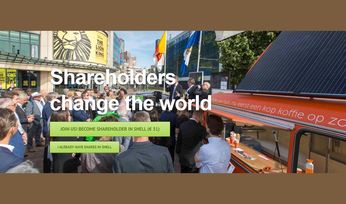 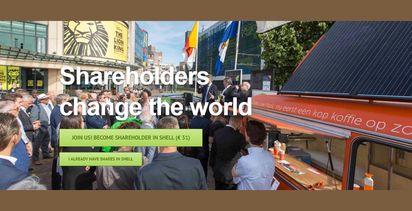