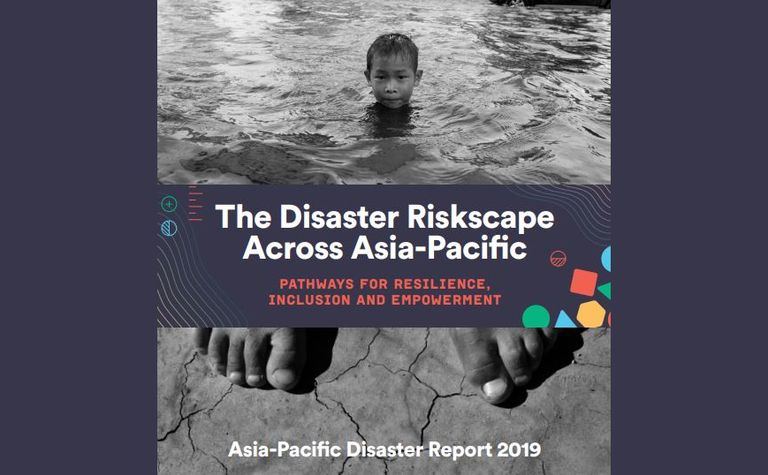 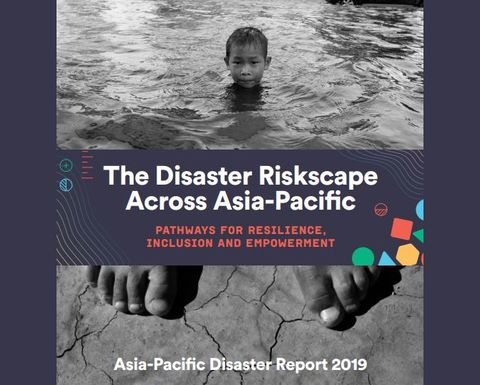 The Asia-Pacific Disaster Report 2019 launched last week reveals that recent disasters, especially those triggered by climate change and environmental degradation, have deviated from their usual tracks and are growing in intensity, frequency and complexity. It is now more difficult to determine which areas should prepare for what kind of disaster.
The report says that in 2018, almost half of the 281 natural disaster events worldwide occurred in the region, including eight out of the ten deadliest. An average of 142 million people in the region have been affected annually since 1970, well above the global average of 38 million.
For the first time, the Asia-Pacific Disaster Report includes the costs of slow-onset disasters, notably drought which results in a quadrupling of annual economic losses as compared to previous estimates. The annual economic loss for Asia and the Pacific is now $675 billion, or around 2.4 % of the region's GDP, of which $405 billion or 60% are drought-related agricultural losses, impacting the rural poor disproportionately.
"Countries across the region have committed themselves to the Sustainable Development Goals (SDGs) by 2030 - to ensure that no one is left behind. But they cannot achieve many of the SDG targets if their people are not protected from disasters that threaten to reverse hard-won development gains. This means not just building resilience in the priority zones but doing so across the entire region - reaching the most marginal and vulnerable communities," said UN official Armida Alisjahbana at the report launch in Bangkok.
Vulnerable and marginalized communities are among the hardest hit by disasters in the region. Almost 40% of disaster impacts are on the social sectors resulting in deeper inequalities of opportunity that are transmitted over generations. Disasters are also set to slow down poverty reduction. Furthermore, the number of people living in extreme poverty (under $1.90 a day) is projected to be 56 million by 2030. However, with unmitigated disaster risk, the number more than doubles to 123 million.
"However, this is not inevitable. Governments can break this vicious cycle by investing to outpace disaster risk and the report shows that investments will be far smaller than the damage and losses from unmitigated disasters. Moreover, these same investments will deliver co-benefits — in the form of better education, health, social and infrastructure services, and higher agricultural production and incomes," added Ms. Alisjahbana.
The report identifies four distinct hotspots in the region where fragile environments are converging with critical socioeconomic vulnerabilities. They include the transboundary river basins of South and south-east Asia; the Pacific Ring of Fire in south-east Asia and east and north-east Asia; sand and dust storm corridors in east and north-east Asia, south and south-west Asia and central Asia; and climate-related hazards in the Pacific small island developing states. A person in the Pacific is found to be three to five times more at risk than those in other parts of the region.
The report calls for transformative change, with social policies and disaster resilience no longer treated as separate policy domains. It highlights how policymakers can enhance the quality of investments through policy reforms for more inclusive and empowered societies, to ensure that poor and vulnerable groups are not excluded from the benefits of investments due to barriers in accessing land, reliable early warning systems, finance and decision-making structures.
Similarly, the report explores how emerging technologies such as big data and digital identities can be used to ensure the poorest and most vulnerable groups are included in policy interventions. The report also points out that many of the region's disaster hotspots extend across national boundaries and proposes a set of regional policy actions to be implemented through the Asia-Pacific Disaster Resilience Network, supported by ESCAP.
The Asia-Pacific Disaster Report is a bi-annual flagship publication of ESCAP which aims assist policymakers, in both public and private sectors, to better understand disaster risk and resilience and take the many opportunities for action.
Download the full report: http://bit.ly/APDR2019 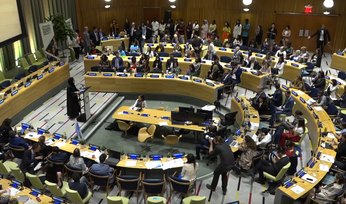 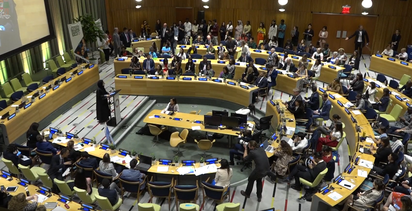