THE totally unanticipated sale of the Kainantu gold mine to the PNG arm of Barrick Gold shows clearly that even in business the country is living up to its "land of the unexpected" reputation. By Brian Gomez

Barrick is, strictly speaking, a relative newcomer to PNG, having taken ownership of the world class Porgera gold mine following its acquisition last year of another Canadian gold major, Placer.

Just over five years ago Placer, which has a history in PNG as the first major commercial gold operator as far back as the 1930s, made it clear they were going to pack their bags and leave PNG forever.

At that stage they were expecting Porgera to run out of gold reserves by 2012. They had become disenchanted with successive governments that, together with other issues, had made PNG an unpalatable country in which to operate.

By the time Barrick had taken over, this negative refrain had changed and, despite the preparation and start of implementation of a detailed mine closure plan, it was becoming clear that a lot more gold would be found at Porgera.

The new Barrick leadership immediately appreciated these changes, and the much more welcoming policy towards foreign investment, at a time when global gold prices were headed for unprecedented heights.

As Highlands Pacific has announced earlier today, it has agreed to sell its troubled Kainantu gold mine to Barrick Gold for a cool US$141.5 million with assurances that Barrick will run the mine as a going concern and take over highly attractive exploration acreage.

Once the Kainantu sale is completed, Highlands Pacific will join the ranks of cashed up companies looking for opportunities for growth and it, too, will focus on prospects in Australia, Asia and the Pacific.

It already has stakes in the world-class Ramu nickel project and at Frieda Riverâ€™s massive copper-gold prospect.

Meantime, Harmony Gold is seeking a partner to inject some capital to help the company develop the sizeable copper and gold prospects at Wafi and Golpu, which Harmony may have developed on its own if not for adversities faced on its South African home front.

At the moment Emperor Mines is also trying to offload its small but high-grade Tolukuma gold mine, apparently with less success than Highlands.

And the high flying Lihir Gold, with a market capitalisation of more than

A$8 billion, is also on the takeover trial following last yearâ€™s acquisition of the underground Ballarat Gold mine in Victoria.

In the next few years the Lihir gold mine is likely to be established as the single largest gold mine in the Asia Pacific region with annual output of more than a million ounces of gold and reserves that will last at least another 30 years.

So far Lihir has not shown much interest in either taking up additional exploration interests within PNG, as Barrick has recently done in a deal with the United Kingdom-listed Triple Plate Junction.

Its next corporate move is likely to be, once again, in Australia or possibly in countries such as Indonesia or the Philippines even though PNG possibly offers better exploration acreage for gold these days than any of those three countries - Lihir is keen on a mine producing around 200,000oz annually.

If Emperor, which is merging with Intrepid Mining, is successful in selling off its Tolukuma mine, it will still hang on to some 3,000 square kilometres of ground in PNGâ€™s Central Province, where it intends to step up exploration work in the coming year.

With all the action taking place one has to wonder when the once proud and mighty Bougainville copper mine might feature again as a meaningful start-up proposition.

Some setbacks, but gold, copper, and silver mine exceeds mill expansion target 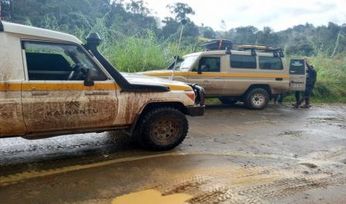 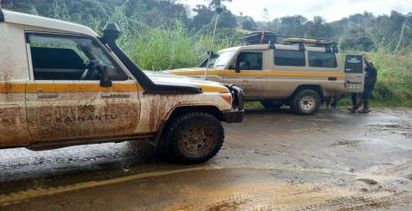