Obama victory not welcomed by markets

IT HAS been a mixed week for our watchlists as earlier signs of recovery on international markets are impacted by further bad economic news that has prompted central bank rate cut action around the world.

The biggest event of the week has been the US election, with Democrat leader Barack Obama elected the nation's new president.

PNGIndustryNews.net notes that the election of a new American president is often followed by losses on US markets, as was the case with George W Bush and Bill Clinton, yet the election of Obama comes during an already tumultuous year for global equities.

Despite the Australian government's past assertions this year that the country is in comparatively good economic shape, the Mid-Year Economic and Fiscal Outlook released this week revealed the budget surplus was down to $A5.4 billion, far short of the $A21.7 billion forecasted in May.

The Reserve Bank of Australia also surprised markets by cutting its interest rate by 75 basis points to 5.25%.

Looking at commodities, London Metal Exchange cash official prices for copper have closed at $US3890 a tonne a fall of 13.50% compared to $US4497 last week.

Asia Pacific benchmark Singapore Tapis crude remains in low ground as it last closed at $US63.66 a barrel, a fall of just over 7% from $US68.50 the week previous.

Of the impact on our watchlists, Madison Minerals appears to have staged a comeback from its drubbing last week as it gets back into double-digit cent domain on the Toronto Stock Exchange.

InterOil has not fared too well as it gets to $C14.75 and it was not that long ago the share price was climbing close to $C30.

However, PNGIndustryNews.net remains optimistic about the company's Antelope-1 appraisal well. The well is targeting the central structure hit by the Elk-4 well which received a gas flow rate of 105 million cubic feet per day.

More progress from the well is expected in the coming weeks.

However, the shares are still trading in low territory at A7.9c.

The junior is expected to announce farm-out deals this quarter for at least some of its six petroleum prospecting licence portfolios in PNG.

Oil Search shares are at A4.55 this morning, far away from recent price action in the $3-plus level.

Both the PNG government and a United Arab Emirates-based sovereign fund seem confident the shares can reach upwards of $8 in five years. For more details readers are encouraged to read the story attached to today's newsletter.

Meanwhile, the biggest losses on the exchange came from Bougainville Copper, with that fall presumably linked to a fall in the price of copper.

The Port Moresby Stock Exchange has had some losses in recent weeks, but is relatively flat apart from a small rebound in the local bourse listing for Oil Search, a minor fall in Kina Asset Management, and large drop in Lihir Gold to K4. 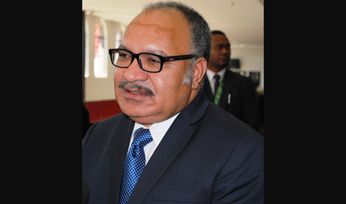 Steamships welcomed back to Bougainville