A FIVE-year pathway to production at the Wowo Gap nickel-cobalt project in Papua New Guinea, at capital costs significantly lower than previous $US772 million ($A747 million) estimates, is what Resource Mining Corporation is hoping to achieve through the use of an in-house leaching technology. 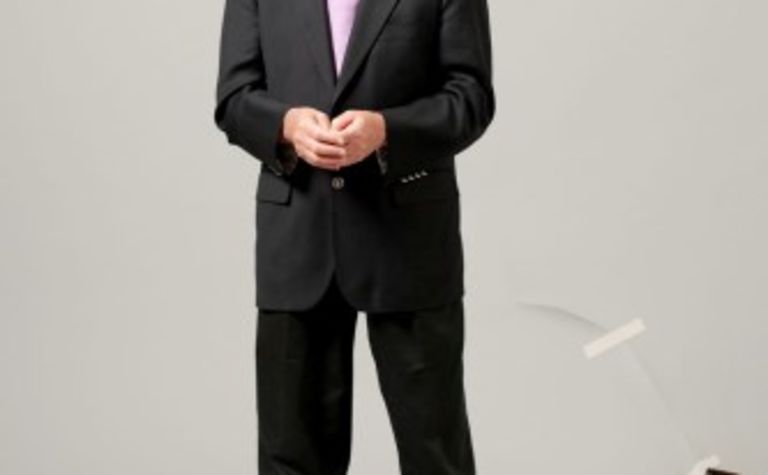 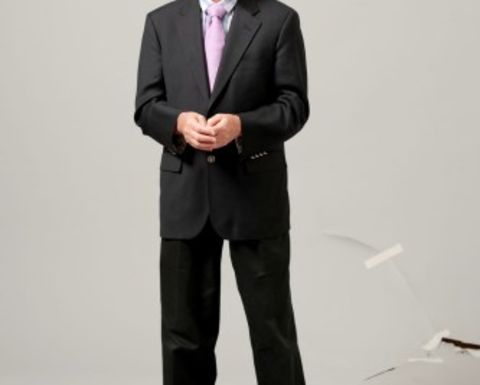 The project itself is located about 200 kilometres east of Port Moresby and 35km from the villages of Safia, near the Musa River and Wanigela on Collingwood Bay.

As a development opportunity, RMC recognises it cannot go it alone and intends stepping up its search for a partner over the next 12 months, while at the same time starting scoping study work to assess the economic parameters of its new leaching process.

To this end, RMC managing director Warwick Davies said the group was also seeking an Australian government research grant to assist in testwork and hopefully commercialise the process, which at this stage it has internally funded.

The exact amount spent by RMC since it started looking at the new technology back in 2009, Davies told MiningNewsPremium, remained "commercial in confidence".

But what he could say, based on trials with the organic acid, which achieved recoveries of up to 70% on the nickel and 95% on the cobalt at the property, is that it provides a more cost-effective alternative to the high standard pressure acid-leach process that was originally looked at for Wowo Gap. The same, high-cost technology used by the laterite nickel miners in Western Australia and others around the globe.

In Wowo Gap's case, previous research found the saprolite ore contained large amounts of magnesium silicate, a mineral that under normal HPAL treatment was consumed by the acid, yet was found to be economically viable for the shallower but lower-grade limonite ores.

Hence an alternative was required.

"We believe the cost savings would be significant since the leaching is not done at high pressure like HPAL, and it is also likely the operating cost will be reduced since we can probably regenerate a significant portion of the acid after the leaching process, and therefore reduce the amount of acid required," Davies said.

"We aim to be at the lower end of the cost curve for processing and this technology allows us to do that."

While he was unable to provide exact figures on any potential cost savings, he did say that the payback for any development would come well under the five-year payback envisaged for an HPAL operation.

"It would be preferable that our payback would be in the order of three years, but it is hard to know, as we don't understand what our [capital expenditure] on the process plant will be yet," he explained.

"But, based on this new technology and the cost savings, we would forecast better returns on investment and shorter capital payback periods, as the project is less sensitive to world nickel prices and traditional acid input costs."

It is also significantly less harmful to the environment with a much lower footprint.

Initially, an HPAL plant design rate of 1.25Mtpa million tonnes per annum for limonite and 250,000 tonnes for saprolite ore was proposed for Wowo Gap, which would produce up to 13,000 tonnes per annum of nickel and 1300tpa of cobalt as mixed sulfides.

However, Davies said this would now be likely to be larger in order of magnitude to further improve economies of scale and reduce operating costs as the resource size was no longer an impediment, given they could now potentially treat both ore types.

The four areas of cost savings already identified include the acid itself, being biorenewable and organic, it is significantly cheaper than traditional HPAL inorganic acid chemical inputs; the time taken for processing, start-up capital and power, through the use of an owner-operated hydroelectric power plant.

While still early days, Davies said he did expect more interest to be shown, especially by the laterite nickel miners, in the technology, but stressed more work needed to be done to demonstrate its commercial viability before it would even contemplate marketing it to other players.

"While our focus is on nickel and cobalt ... and we have found a process that is capable of leaching other base metal oxide ores, we are not sure whether it will work for oxide gold ores and further testwork is required on this."

With resources at Wowo Gap of 200Mt grading 0.83% nickel and 0.06% cobalt, the project has been independently valued in a range of $A150-600 million, with a preferred value of $168 million, based on the HPAL process option.

Of the resource, about 40% occurs as the deeper and higher-grade saprolite ore, and further drilling to upgrade the resource is in progress. 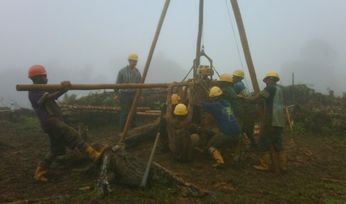 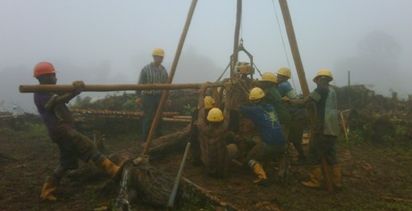