IT was a good week for PNG stocks, with microcaps proving to be the standout performers for the week.

MIL Resources jumped 18.18% for the week to Thursday's close on the Australian Securities Exchange after raising $3.93 million from an entitlement offer which wrapped during the week.

It wasn't good news for Goldminex and Cue Energy, which lost 2.7% and 1.43% respectively.

However, the two companies were the only losers for the week, with the rest of the stocks on PNG's ASX watchlist either breaking even or chalking up gains.

The news was mixed on the Toronto Stock Exchange, with Nautilus Minerals wiping off 9.12% to finish yesterday's trade at $C2.69 after a recent good run following the PNG government's investment decision on Solwara-1.

There were losses for Papuan Precious Minerals and Madison Minerals; however Marengo Mining and Vangold Resources managed to come out ahead, with the latter gaining 8.57%.

It was a quiet week in Port Moresby, with New Britain Palm Oil winning the week after it secured an extra $40 million debt facility under a new five-year deal.

The increased cash will be used to fund the acquisition of CTP PNG, now named Kula Palm Oil.

Despite its good week in Toronto, Marengo Mining didn't fare so well on the Port Moresby Exchange, losing 5% to finish yesterday's trading at 0.76 kina.

Copper rebounded this week, gaining $US307.25 per tonne to finish last night's trade on the London Metal Exchange at $9650.50/t.

Tapis crude continued to climb on supply fears stemming from Middle East unrest, finishing at $128.33 per barrel, up 4.45% for the week. 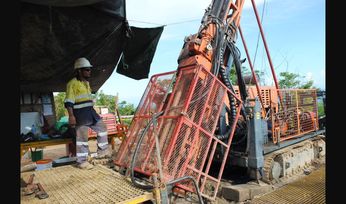 Bougainville to power up alone