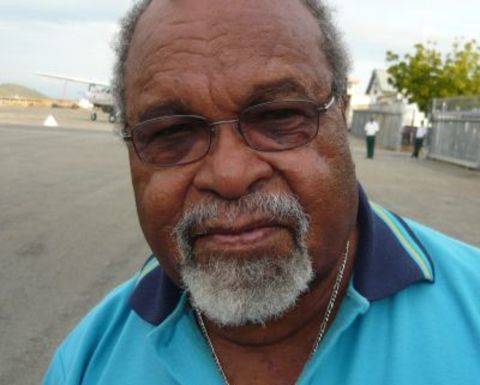 His son, Public Enterprises Minister Arthur Somare, announced the resignation of the 75-year-old leader this afternoon.

"The public was informed at different intervals that Sir Michael had taken medical leave to address a condition that had prevailed over many years," Arthur Somare said.

"The initial operation to replace the leaking heart valve was successful but subsequently other complications have developed.

"These complications have further delayed the anticipated time in which Sir Michael was expected to recover and return to Papua New Guinea.

"Therefore on behalf of Lady Veronica, I wish to announce that it is our family's collective desire that Sir Michael be allowed to recover at his own pace, and therefore retire.

"In our considered decision to do this we believe PNG should have a level of certainty with regard to political stability and leadership well into the future.

"This has not been an easy decision to take without full and proper consultation with Sir Michael.

"However in the greater public interest and collective good of the country we are of the view that this decision is necessary and we believe it will also be his decide to do so at this time given the circumstances."

The PNG leader remained in intensive care last week as he struggled with a fungal blood infection on top of the impacts of two corrective surgeries to address concerns with his kidneys and lungs.

However, Somare "remained on the road to recovery" according to his son.

Acting Prime Minister Sam Abal is likely to take the reins and lead the National Alliance party in to the March 2012 election.

Abal has recently reshuffled his cabinet, appointing the petroleum and trade portfolios to fellow party members Francis Potape and Ano Pala respectively under the coalition government.

In late March, Somare was suspended from office for just two weeks without pay despite being found guilty of breaching the Leadership Code for failing to properly file personal tax returns for several years.

However, the stress of those proceedings took their toll with Somare and according to local media he collapsed at a leadership tribunal appearance.

Somare was the first Prime Minister of PNG since it became independent of Australia in 1975.

He formed a new government in 2007 and was the first PM to survive a full term in office and be re-elected.

The National Alliance only gained 27 out of 109 seats in the last election, but managed to broker support from six other parties to form a coalition government.

No face mask, no social distancing 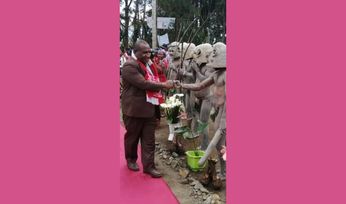 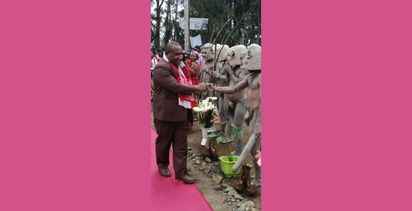