RIO Tinto increased its iron ore output in the September quarter but its copper and coal divisions struggled, with the miner again downgrading its copper production guidance for the year. Global iron ore production for the three months totalled 67 million tonnes, slightly up on the 62Mt recorded in the June quarter.

Rio said production continued to exceed sales in preparation for the ramp up to 283Mt per annum, with a measured build-up of stocks across all mines.

Year to date, global iron ore production is sitting about 187Mt, up 4% on the same time last year.

During the September quarter, the world's third-largest miner continued to work on its expansion of the Pilbara iron ore infrastructure to ramp up to 283Mtpa by the end of 2013, despite the weakened price for the steel-making commodity.

Commissioning of Brockman 4 phase 2 was completed, as was commissioning of the sixth rail for Robe Valley fleet and the company also undertook Cape Lambert dredging.

Rio Tinto chief executive Tom Albanese said it had been another strong quarter for the company, despite the backdrop of weakened sentiment and heightened volatility.

"As we said at our investor seminar last week, markets remain volatile, but our business is resilient and our operations are performing strongly, reflecting our consistent strategy of running large, long-life, cost-competitive operations," he said.

Mined copper for the quarter totalled 123,000t, down from 133,500t recorded in the June quarter, while copper production for the third quarter tipped in at 69,700t.

Meanwhile, bauxite and alumina production were 13% higher compared to the same period in 2011, following record production at Weipa and Guinea.

Rio said the increase was driven mainly driven by an increase in third-party demand.

Rio also performed well on the uranium front, with production at its 62%-owned subsidiary Energy Resources of Australia increasing 29% year-on-year.

At Rossing in Namibia, third-quarter production was slightly above 1.1Mt, up 35% from the September 2011 quarter.

Rio's share of uranium production for the year is expected to be about 9.7 million pounds.

Rio's coal division struggled, with hard coking coal production in Australia slipping 16% below that of 2011 due to the impact of dragline maintenance at Hail Creek and a major preparation plant shutdown at Kestrel as part of the mine extensions project.

It was better news for thermal coal, with output moving up 18% year-on-year as a result of increased plant capacity at Bengalla and the continued ramp up of the Clermont mine.

In response to ongoing cost pressures and high inflation impacting the coal business in Australia, Rio said it was taking action to reduce controllable costs and increase productivity.

The company announced in July it would retrench employees from its Clermont open cut coal mine in Queensland less than two years after it opened, the result of low thermal coal prices.

At its Argyle diamond mine, production was up 46% from the June quarter of 2012 due to a combination of access to a high-grade region of the pit and increased plant flexibility.

For the first nine months of 2012, Rio charged $US1.5 billion ($A1.4 billion) in pre-tax and pre-divestment exploration and evaluation expenditure to the profit and loss statement. 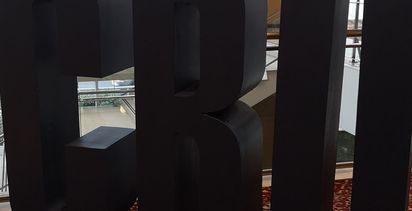 Rio set to negotiate over Panguna