POMSoX continues to soar despite wobbles on world markets

THE Port Moresby Stock Exchange, or POMSoX as it is better known, could easily be extolling the virtues of “small is beautiful”.

Lately the exchange has been reaching new heights - its latest listing this week was Airlines of PNG, a growing domestic and international operator - as markets from New York to London, Sydney and Singapore have gone into reverse gear.

With the financial year coming to an end in Australia, most superfunds are expected to announce double digit losses for what is shaping up as one of their worst years in over a decade.

Not so the big superfunds in PNG, particularly Nasfund and Nambawan Super, which respectively look after private and public sector employee superannuation.

Their Papua New Guinean members can look forward to double digit returns after an excellent run these past five years.

Nasfund, which last year credited its member accounts with a 37% return, has averaged 20.6% annually over the past five years.

Its public sector counterpart, Nambawan Super, last year credited members with a 32% return for an average annual return of 20.5% over the past five years.

Part of their success is linked to the strong performance of POMSoX, where

Among their top performers have been Oil Search and New Britain Palm Oil, which saw its share price skyrocket after a recent listing on the London Stock Exchange - a stark contrast to the failed attempt to list on the Australian Securities Exchange in the late 1990s.

Big performers that are only listed on POMSoX include PNG's largest bank, Bank South Pacific, which has more than 50% of domestic banking services, and finance company, Credit Corp, whose major operations are in PNG and Fiji.

There are good reasons why POMSoX is performing so strongly when contrasted with its much bigger overseas counterparts.

Despite the bearish mood emanating lately from Wall Street, a range of resource stocks, especially oil and many mining stocks, are still enjoying favour in the marketplace in the face of record level commodity prices.

POMSoX is largely a reflection of this subset with most of its non-finance listings involving resource companies such as the mega operations of Oil Search and Lihir Gold, both on the ASX top 50; and strong agricultural performers such as New Britain Palm Oil and Ramu Agri Industries.

The latter is presently the subject of a takeover battle involving NBPOL and the privately-owned WH Carpenters Group, both of which already hold significant stakes in Ramu Agri.

Ramu, which was listed on POMSoX in September 2002 as Ramu Sugar, has since diversified into palm oil and cattle and is experimenting with other crops.

The company is also testing a potent rum concoction that may one day challenge its more famous Australian ‘Bundy' cousin - at least on PNG's shores.

Like their counterpart stocks in Australia and elsewhere, many junior explorers listed on POMSoX, among them Highlands Pacific, Marengo and Frontier Resources, have largely been ignored by punters.

Frontier, which has been in a life and death struggle over its large Kodu copper-gold discovery near the Kokoda Track, yesterday was officially told the PNG Government was not going to renew its exploration licence.

The company share price yesterday hit an all-time low of 4.9c. It promised to pursue a legal claim for compensation for exploration expenditure that has totalled $A3.2 million as well as for lost potential profit amounting to $A3 billion.

The news that a sovereign risk issue has once again arisen does not appear to have affected POMSoX, which lately has been basking in the glow of the ExxonMobil decision to commence front-end engineering and design on its US$11 billion LNG project. 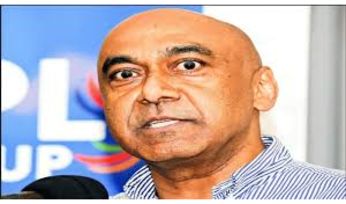 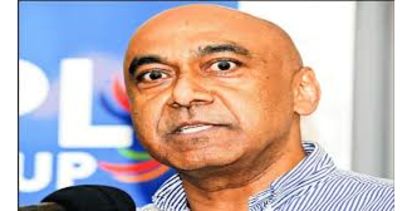