WHILE proposed LNG projects have been hogging the limelight in PNG, attention will soon shift to a variety of players that for the first time are looking for gas previously deemed unmarketable. By Brian Gomez

Some in the industry would remember Pandora, a classic "stranded gas" resource found 19 years ago in the offshore Gulf of Papua.

Talisman's exploration geoscience manager Lawrence Bernstein told last week's petroleum seminar in Port Moresby that viable options were being reconsidered now that gas sales via the pipeline to Australia was no longer a possibility.

Original gas in place was estimated at 1.5 trillion cubic feet to 2.3Tcf but there was great uncertainty about potential recovery (possibly around 50%) and reserves.

Nevertheless Canadian-based Talisman, which has a much larger market capitalisation than Oil Search, is keen to progress work at its 48.18% owned Pandora field.

The company is planning a 3D seismic early next year covering 515 square kilometres that could be the first offshore 3D seismic in the country.

Talisman's legal and commercial manager, Michael Horn, said Pandora could be developed in the medium term through involvement with an onshore liquefied natural gas project, via production of compressed natural gas or a floating LNG facility.

"Floating LNG concepts are approaching commerciality," he said, adding Pandora was well suited to such a development with its low carbon dioxide and manageable hydrogen sulphide content.

"If LNG onshore was developed in a reasonable time frame we could tie back to a pipeline to an LNG plant," he said, adding that Talisman's aim was to bring it into production as soon as possible.

Another company pursuing a relatively near-term development is Rift Oil, which has $US24 million in the bank and no debt. Its chief executive, Jenni Lean, is planning a $50 million program over the companyâ€™s Western Province leases.

Earlier this year the company signed a memorandum of understanding with Alcan Australia for possible supply of gas from its Douglas discovery in PPL-235, just east of the scenic and remote Lake Murray.

The next well, Puk Puk (pidgin for crocodile), will target the Alene and Toro sands, with Douglas-2 to follow.

Lean says she hopes to delineate the 800 billion cubic feet of gas that Alcan requires by the middle of 2008, providing the basis for a 300km pipeline to the coast and a 600km offshore line to the Gove alumina complex in the Northern Territory.

In the meantime Rift is doing its bit for the health of people in this remote area, having successfully wiped out malaria in one nearby village, provided dental care and helped some folk with vasectomies.

Transeuro Energy is another company gearing up to drill its first well, Eaglewood-1, in the second quarter of next year in PPL259 in the Foreland area, following completion of 200km infill seismic.

Most bullish of all is soon-to-be floated Papua Petroleum with managing director Richard Schroeder talking of the billion barrel equivalent potential in the forelands areas.

"We are looking for geologists and geophysicists to be based here," he announced.

Further proof of the exciting potential in the Forelands was provided by New Guinea Energy geologist Francis Wama showing off pictures of an oil seep in Panakawa in Western Province.

The seep was one of three present in NGE's PPL267 area. 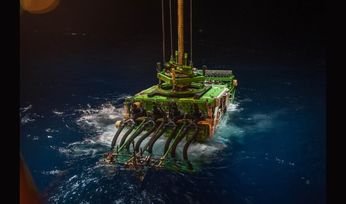 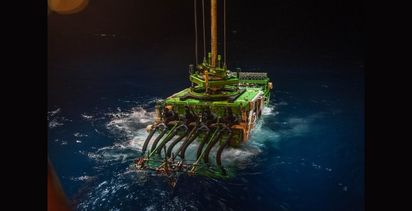