Commodity boom could be going bust

THE GREAT commodity boom of the past few years is under threat as crashing prices wipe billions off markets around the world and likewise decimate our watchlists, not just during this week as a whole, but over single-day trading periods.

PNGIndustryNews.net has taken the unusual step of updating its readers on the stock market action throughout this week, partly because of the vast number of dramatic financial events taking place.

The news on commodities is an important concern to PNG's industries.

Looking at the positive side of events this week, gold is starting to regain strength and PNG is fortunate to be not only a strong gold-producing nation but has vast gold mineralisation that is yet to be uncovered and exploited.

However the price has risen from its lowest close of the year yesterday at $US85.79/bbl, which may well signal a floor for the oil price in what has been a volatile year for the inflation-linked commodity.

It must also be remembered that oil is pegged to the US dollar, and while that currency has performed surprisingly well in the short term the informed long-term view is that the US dollar will sink in value.

The strongest case for this can be seen in the actions of America's central bank.

The Federal Reserve Bank has pumped or made commitments to inject at least $US1 trillion from various bailouts and other measures during the past few weeks.

The excess supply of American currency should trigger worldwide inflation and a devaluation of the US dollar, which is likely to correspond with a rise in the cost of oil.

The picture for rising inflation is all the worse when considering the action of other central banks around the world, which have included interest rate cuts and significant bailout operations by the Bank of England.

Nickel has also crashed this week.

Used as a key alloy in stainless steel production, falling demand has seen the commodity fall 17.65% this week as it last trades at $US12,850 per tonne on the London Metal Exchange's official cash prices compared to $US15,605/t last Friday.

Whether this will have major implications on the massive Ramu nickel-cobalt project, scheduled to start up next year, is uncertain, although there is a general consensus that once the Chinese government (the owner of operator MCC Ramu) commits to a project, it will stick to it.

Copper has not fared too much better and again the price has practically crashed.

LME copper has fallen just over 13% as the official cash price sinks to $US5402 per tonne compared to $US6221/t last week.

With PNG riding on the wave of soaring copper prices during the commodity boom of the past few years - which hopefully will not turn into a commodity bust - the nation looks like it will have to face the dim prospect of lower government mining revenues and, in turn, lower budget surpluses.

The net effect of the commodity price action on our watchlists is quite severe, as the tables above clearly demonstrate, and barely any companies are trading in positive territory for the week.

In dollar terms - and not too far off in percentage terms - the biggest casualty this week has been Toronto Stock Exchange-listed InterOil, which lost $C11.23 from its share price.

PNGIndustryNews.net feels this company has great potential from its exploration and is eagerly awaiting news from the Antelope-1 well.

However, the falling oil price has hit the whole petroleum sector hard.

Oil Search on the other hand has dropped over 35% for the week as it last trades around $A3.61.

Whether oil has reached a bottom yet for the year remains uncertain, but now could be a good time to seize shares in this PNG mainstay company.

Oil Search is likely to have large future revenues and accompanying dividends from its 34.1% stake in the $US11 billion PNG LNG project, even if oil sinks to under $US70/barrel.

The lack of available finance around the world threatens the operations of many junior explorers, and companies on our watchlist cannot be considered any exception.

Cash is king in these turbulent times, with smart companies like Marengo Mining arranging significant capital raisings months ago.

The share price of Frontier Resources is not looking too flash at A2.5c, but the company's ability to drill on behalf of other juniors should help its cash position considerably.

Another significant casualty this week is Highlands Pacific, down more than 60% on the Port Moresby Stock Exchange and over 18% on the Australian Securities Exchange.

The company has been hammered along with the nickel price due to its Ramu nickel cobalt mine involvement. However, it appears the POMSoX price suffered when local investors took into account the rising kina and the corresponding difference in the share price on the ASX.

Searching for positive news from our watchlist, Bougainville Copper has staged a comeback of 10% along with Coppermoly with an 8.33% rise for the week. However, the copper price is falling so it is uncertain whether these rises will be sustained by this time next week.

In international market news, today is not a good day.

With Indonesia recently closing its stock exchange after sustaining a fall of more than 10%, it is a possibility that Asian markets and other markets around the world will undergo more pain.

On the other hand the Port Moresby Stock Exchange is still relatively flat.

There is no doubt that the POMSoX, despite not having any major gains in recent weeks, is a safe haven for investment capital. Most stocks have not experienced major falls over the last few weeks with the notable exception of Highlands Pacific.

Heat is off over Evergrande crisis 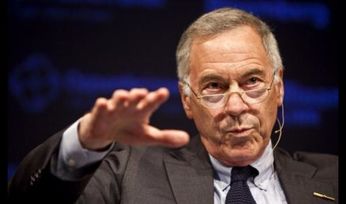 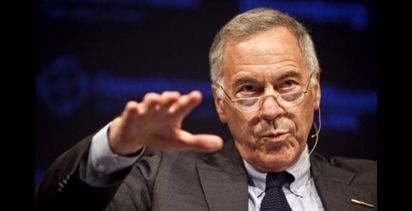