Until this week, many commentators had been anticipating that the Somare Government may be about to revoke the mobile phone licences of Digicel and Greencom. By Brian Gomez

Concern has been expressed in various quarters, including the Asian Development Bank, about the impact such a decision would have on economic growth as well as on future foreign investment.

The Jamaican-based Digicel, owned by a determined Irish entrepreneur, has been a resounding success since its launch and has persevered despite sometimes acrimonious government attacks.

At one stage the telecommunications authority, Pangtel, claimed it had withdrawn Digicel's spectrum licence but that was successfully challenged in the courts.

Pangtel then claimed Digicel had been illegally using the spectrum awarded to Greencom, a claim no reputable telecommunications operator would find believable.

The many communications towers put up by Digicel, which are understood to have surpassed the efforts of Telikom, are built to strict specifications by world class companies that deal with such issues daily.

These concerns have now been laid to rest with a forthright statement from PNG's Minister for Public Enterprises and Communications, Arthur Somare, who told Parliament on Tuesday that the mobile licences for Digicel and Greencom would not be revoked.

Clearly any decision to do so - there were rumours that a bill had been prepared to revoke Digicel's licence - could well have been unconstitutional especially since the two mobile licences had been awarded on explicit instructions of PNG's National Executive Council.

The minister's announcement, however, does not signal an end to the telecommunications controversy.

The Government has declared its intention under its new ICT policy of wanting to split up the present Telikom into a Netco, a company that would own the entire infrastructure, and a Servco, encompassing operating companies such as Digicel and Telikom.

This is fraught with uncertainty for Digicel because the infrastructure it has built to give it a competitive edge in mobile telephony is expected be taken by the Netco, presumably after payment of some compensation.

Parts of the networks of internet service providers also fall under the category of infrastructure that will come into question.

If the new rules inhibit Digicel from providing a competitive service, or if expropriation of its assets becomes a concern, these issues could be contested in PNG courts.

Despite the tough, rearguard action of the Government on behalf of Telikom PNG, the country's business sector has lost confidence in the ability of the government-owned utility to provide an efficient service.

Telikom's 'B' mobile network has also been doing a booming business in recent months with the onset of competition, and will be raking in record revenues.

Nevertheless its performance in terms of providing increased landline access for telephone and internet users has been nothing short of pathetic. There are no signs of this being about to change.

So for the immediate future the public and the business sector continue to look to Digicel to show the way forward with virtually everyone, including Telikom, likely to benefit once the Government bites the bullet and allows interconnectivity between the Telikom and Digicel networks.

Digicel has had a big impact on the economy - it is understood that adding 100,000 mobile telephone users adds about 0.1% to GDP growth.

Digicel says it is committed to spending K1.2 billion on its PNG network, which already provides superior coverage in parts of the country.

Pasca A has 'long way to go' 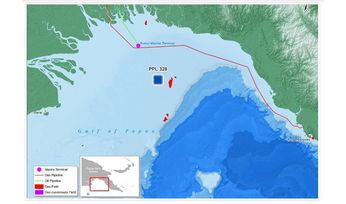 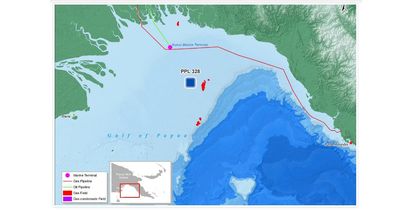