AS political jockeying gets underway with the formation of a new government, the nation has received two bits of good news that bode well for the future of this long struggling nation. By Brian Gomez

For the first time in the country's history the incumbent government looks likely to retain office with Sir Michael Somare and his National Alliance party expected to be invited by the Governor General within days to form the next government.

Sir Michael and his likely coalition partners - NA has won 26 seats and could secure another seat in the 109-seat parliament - will team up with a dozen other politicians from other parties as well as independent candidates. The group, now meeting in Kokopo, believes they have the support of 68 members.

However, PNG Party leader Sir Mekere Morauta, a former Prime Minister, and his New Generation Party ally, Bart Philemon, believe they may have the numbers to block Sir Michael from regaining office. Political observers believe this is unlikely.

Meanwhile, outgoing Treasurer Sir Rabbie Namaliu, a former Prime Minister who lost to an independent candidate in the national election, has released a mid-year economic and fiscal report on the performance of the economy and the government.

Treasury is forecasting the economy this year will grow by 5.3%, the fastest rate of growth since 1999, with better than anticipated commodity prices also resulting in a forecast that the 2007 budget will end up with a K1.2 billion ($US416.8 million) surplus. This contrasted with a projected K35 million surplus in the original budget.

He said of the K1.8 billion in previous supplementary budget allocations, some K788.7 million had been spent by May this year.

Meanwhile, the Governor of the Central Bank, Wilson Kamit, disclosed in his semi-annual monetary policy statement that employment had grown by 9.9% in the year to March. Jobs growth amounted to 4.1% in the March quarter versus 3.7% in the December quarter.

One of the primary reasons for the country's worsening law and order problems over the past three decades has been the lack of growth in jobs within the smallish formal sector, with 80-85% of the population dependent on subsistence agriculture.

There was some concern about mounting inflation rates, which reached 4.5% in March compared with 1.3% in December partly because of depreciation of the kina against the Australian dollar and rising fuel prices.

All in all this is an auspicious time for the new government which is also about to enjoy the fruits of a growing resources boom.

Until recently improvements had come from higher prices from long-established mines. However, PNG is set to receive a further boost with new production from the Sinivit gold mine near Rabaul, which started operations a few months ago, and the Simberi mine is expected to start up in October.

Harmony will follow with its Hidden Valley gold-silver mine late next year, and the big Ramu nickel-cobalt project will be commissioned in 2009.

Meanwhile, Marengo Mining has expressed a desire to begin production of copper-molybdenum at Yandera in 2011 in a project costing close to US$1 billion, while InterOil has reaffirmed its plan to start up an LNG operation costing US$5-7 billion by 2012.

Oil Search is also investigating the start-up of a separate LNG plant in 2013.

Humphries, Togolo, Mazzetti now on board 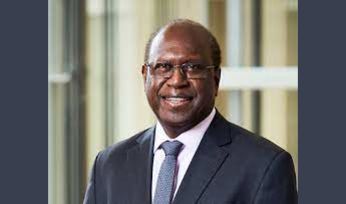 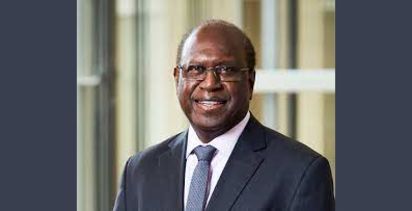