KAMBALDA nickel producer Mincor Resources has taken a major step in its diversification strategy with the signing of a $A30 million gold and copper joint venture in Papua New Guinea. 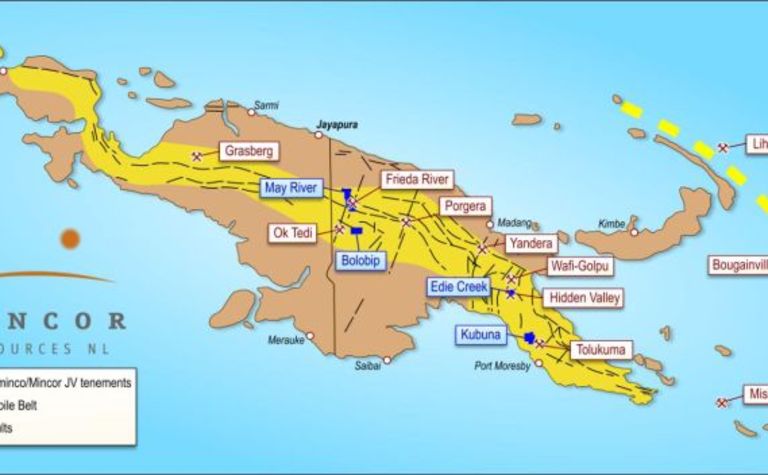 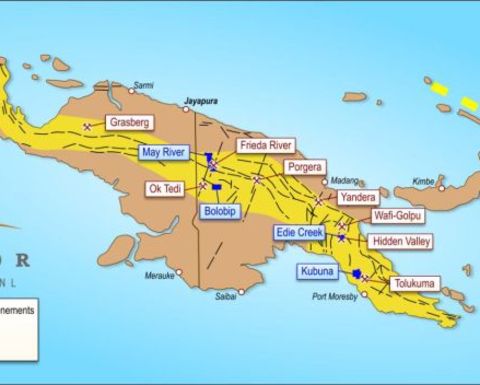 The company has inked a deal with Niuminco to solely fund exploration on four of Niuminco's properties in PNG.

Niuminco's most advanced asset is the Edie Creek gold project, a former producing mine in the Morobe Goldfields between the 5.6 million ounce Hidden Valley and the 15Moz Wafi-Golpu gold deposits currently under development.

Mincor will solely fund up to $15 million of exploration at Edie Creek to earn up to 51% of the project over five years.

There has been minimal modern exploration on the project and Mincor will aim to delineate a multi-million ounce gold resource.

The company will be obliged to spend $5 million in the first two years to earn 16%.

Niuminco also owns the May River licence, located next to Xstrata's massive Frieda River deposit, the Bolobid licence near the Ok Tedi mine and the Kubuna licence next to the Tolokuma gold mine.

Mincor can earn up to 72% of each of the three licences by spending $5 million on each over eight years.

The company is debt-free with $100 million in cash and said it was delighted to be partnering with Niuminco.

"I see in these assets the same kind of potential that we uncovered at Reko Diq through our Tethyan Copper Company, whose incubation within Mincor and subsequent spin-off generated substantial returns for our shareholders," Mincor managing director David Moore said.

"Through this venture I believe we now have some of the best prospects in PNG and this is elephant country for world-class deposits.

"Mincor has the skills, experience and funding to bring them to account."

Niuminco is currently a privately owned Australian company, but is currently being acquired by Australian-listed DSF International, a former fisheries company which has been working on re-establishing itself as a mining company since 2008.

Shares in DSF are suspended pending a raising and Mincor has agreed to participate for up to $5 million to assist DSF to meet the minimum subscription of $12 million.

DSF will then change its name to Niuminco Group.

If Mincor subscribes for more than 15 million shares, the company can nominate a director to join the Niuminco board.

DSF is currently preparing a prospectus for the raising.