AN expatriate worker was seriously injured at the under–construction Komo airfield site of the PNG LNG project during the September quarter. But security and community liaison measures are improving. 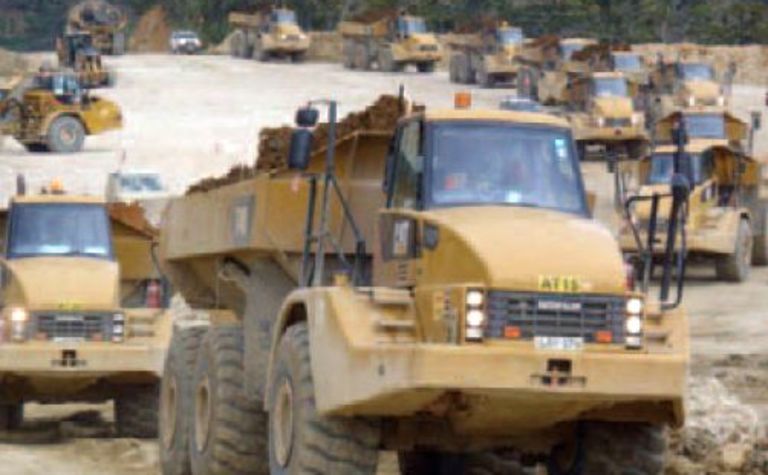 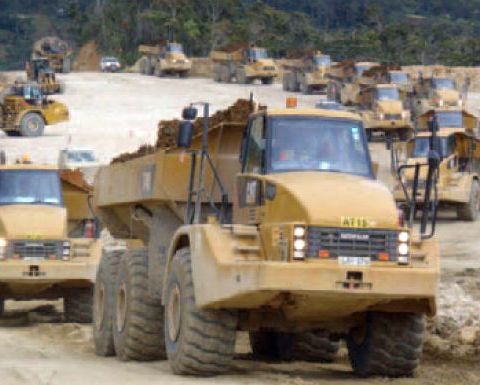 The assault on the expat "resulted in a serious injury", but little else was revealed about the incident in the latest environmental and social report released by project operator ExxonMobil subsidiary Esso Highlands.

"To manage this situation and prevent the risk of injury to other workers, the security team is working with the Komo airfield contractor on enhanced security measures at the worksite," Exxon said.

"The project's security team is also building the skills and capabilities of its Papua New Guinean security personnel, who manage security in a complex and dynamic environment."

Several months ago, Australian shadow foreign affairs minister Julie Bishop toured PNG LNG sites. She later revealed that senior Exxon staff scored the social and cultural challenges a nine out of ten in terms of difficulty, while they rated the location and logistical challenges at just two out of ten.

From its community liaison efforts in the recent quarter, the bulk of the registered grievances against project activities were over land compensation and ownership.

"In those parts of the project, where significant resettlement is underway, many grievances relate to compensation," Exxon said.

"In the majority of cases these are relatively straightforward and quickly resolved."

During the September quarter, 30 additional clan agency agreements were signed with 20 clans receiving a total of 1.7 million kina of compensation ($A0.78 million).

More compensation agreements are expected to be struck this quarter - especially in areas relating to the Hides gas conditioning plant site and Komo airfield site.

Exxon said access to business development and employment opportunities continued to be the main source of registered economic-related grievances - especially in areas along the onshore pipeline route.

"Due to the short-lived and transient nature of the pipeline installation process as well as the need for specialised equipment operators and expertise, it can be difficult for local communities to understand and accept the limited employment opportunities," Exxon said.

Another emerging challenge relates to in-migration - an issue well known to Barrick Gold, with tens of thousands of people moving into areas near the Porgera gold and silver mine over the years.

In-migration assessments have been completed at villages near the LNG plant site, while another study in the Hides-Komo area is underway.

Resettlement programs have already contended with some entrepreneurial spirit in PNG.

"One of the challenges faced by the resettlement team in many project areas is the construction of speculative structures in an attempt to illegally profit from the program," Exxon said.

By the end of September, the total project workforce was more than 11,000, with PNG nationals representing 65% of the total workforce with many employed through landowner companies affiliated to the project.

The project had also trained more than 6000 PNG citizens, mainly for construction and support activities, by this time.

One factor that impacted construction areas during the quarter was very high rainfall, which was an issue for the construction areas for upstream infrastructure, onshore pipeline, the HGCP and Hides wellpads along with the Komo airfield contractor sites.

As an example, Exxon said the Kopi Shore Base, part of the onshore pipeline work, received more than 2 metres of rain in the recent quarter with above average falls in July and a historical maximum hit in September.

On the upstream front, Rig 702 has been successfully commissioned after a ten-month construction period and is being mobilised to PNG.

The second project drilling rig remains under construction in Texas.