Several analysts downgraded Newcrest in the lead-up to the announcement, prompting disclosure suspicions.

Newcrest chairman Don Mercer said the board was deeply concerned by the criticism of its disclosure in the lead-up to the release.

"Whilst the board is already reviewing the events leading up to June 7, 2013, we have decided to obtain an independent perspective."

Mercer said Newman's 40-year career in stockbroking and investment banking, as well as former roles as chairman of the ASX and ABC and as a government advisor, made him qualified to conduct the review.

"The full resources of the company will be made available to Dr Newman so that he is able to conduct a full and thorough review," Mercer said.

"If steps are required to be taken as a result of the review of these matters, the board will ensure this occurs without delay," Mercer said.

"I intend to report publicly on any resulting actions we decide are necessary."

The ASX queried the company's continuous disclosure following the June 7 release and the Australian Securities and Investments Commission said it was aware of the situation.

Newcrest said today it would continue to cooperate with the ASX and ASIC.

The incident has been damaging for Newcrest, with its shares down more than 59% since the start of the year, including 38% this month alone.

Newcrest has also fallen down the ranks of global gold producers.

Until recently, the company was the fourth-largest gold producer in the world by market capitalisation behind Goldcorp, Barrick Gold and Newmont Mining.

At its market capitalisation of around $US6.6 billion yesterday, the company has been overtaken by China's Zijin Mining ($7.5 billion) and Canada's Yamana Gold ($6.7 billion). 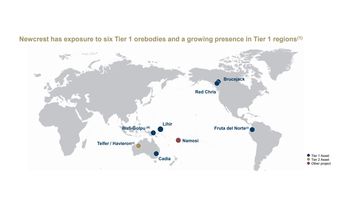 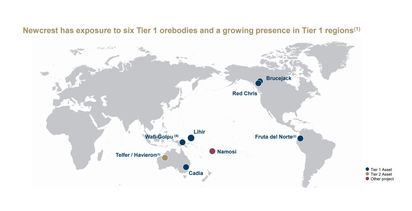