A game-changing technology now in development could make nickel laterites a much more economically viable option. 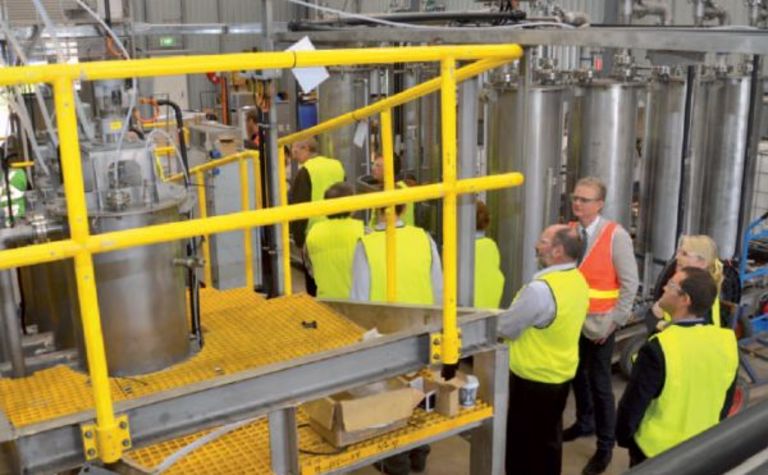 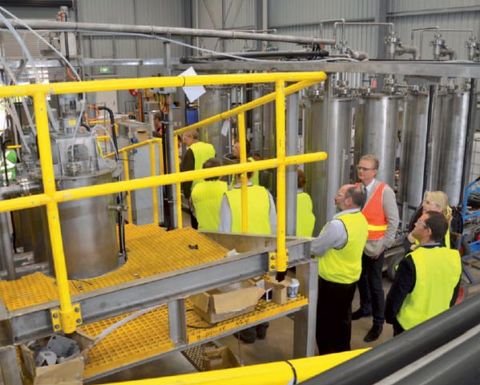 THE founders of deep-sea explorer Nautilus Minerals have locked onto a new challenge and now aim to helm one of the top five nickel producers in the world.

Again, mining in Papua New Guinea is part of their plans.

Direct Nickel (DNi), as it now approaches its ASX listing, might not be considered a current threat to

the big global nickel miners, but it is rapidly advancing a technology which vastly improves the economics of processing nickel laterite ores.

laterite projects are best known for cost blowouts and other unforeseen difficulties - as well as their relative abundance.

After more than ten years of development and barely six months of operation, BHP Billiton wrote off more than $US 3 billion on the Ravensthorpe nickel laterite mine in Western Australia, which it then sold to Vancouver-based First Quantum Minerals for $340 million early last year. A commercial DNi plant is projected to cost a fraction of this amount.

Minara Resources' WA Murrin Murrin mine is arguably Australia's only nickel laterite success story but the processing plant has been plagued by difficulties ever since the mine opened in 1999 and has never reached nameplate capacity.

The mine has also faced various challenges this year, especially in the context of additional cost pressures from a strong Aussie dollar, and day-to-day operating cash costs last quarter* reached $8 per pound of nickel produced.

However the Holy Grail of unlocking the potential of more than 120 years of forward nickel supply from laterites drilled out around the world has been discovered - and extensively patented - over the past five years by privately-owned DNi.

Key investors in DNi include the Canadian mining house Teck Resources, OZ Minerals and the CSIRO.

The $3 million test plant at CSIRO 's Waterford facility in Perth is due to start commissioning before year-end.

Unlike the standard approach of treating laterites with sulfuric acid through high pressure acid leach (HPAL) processes, DNi's approach is based on the more valuable and far more chemically efficient reagent of nitric acid.

Murrin Murrin's HPAL processes use concentrated sulfuric acid at 255C and under pressure of up to 44 atmospheres.

However the DNi process can do a similar job with no pressure and at sub-boiling temperatures, according to DNi founder and executive chairman Julian Malnic.

He said the crown jewel of this technology is the nitric acid recovery system - which ensures that at least 95% of nitric acid is recycled back to the start of the production circuit.

Whereas other technologies are limited to the upper limonite or lower saprolite layers of a laterite deposit, DNi's process treats the full laterite ore profile with previously demonstrated recoveries of more than 95% of nickel and cobalt and with a short leach residence time of one to four hours.

"This is the first universal process," Malnic told PNG Report.

"Wet and dry, limonite and saprolite - it doesn't matter."

Capital expenditure costs for DNi, also independently estimated by Jacobs Engineering, come in at $12.50 per pound of annual capacity - while sulfuric acid-based plants can cost up to $35/lb, with Xstrata's New Caledonian project Koniambo at $37.80/lb and Madagascar's Ambatovy at $41.60/lb.

The plant is constructed from 304 stainless steel with "welding rod" construction methods and does not use any exotic alloys such as those required in HPAL plants.

There is already a high level of confidence the technology will work as planned. Well-regarded metallurgist Graham Brock is DNi's chief technical officer. He formerly was project manager for the development of BHP's Mt Keith nickel sulfide mine in WA.

Queensland Nickel's Yabulu Refinery in Queensland (and Tocantins in Brazil) uses the now largely superseded Caron process, which earns the plant a spot in the top 50 CO2 emitters in the country.

Malnic and DNi CEO Russell Debney are known for their work in building innovative deep-sea explorer Nautilus Minerals, which Malnic founded. Moving steadily ahead beneath the radar screen of most observers, Nautilus has developed a marine mining system and is well on track to become the first seafloor miner of copper, gold and zinc within a few years.

The beauty of Nautilus' business plan is that by developing specialist seafloor exploration systems and production tools, it is positioned to become a global authority in marine mining. It holds 600,000 square kilometres of tenements over seafloor terrain in PNG, Solomon Islands, Fiji, Tonga and New Zealand, covering entire metallogenic provinces.

In a similar vein, the underlying ambition with DN i is to leverage its unique technology to transform the company into a major nickel producer.

There are no intentions to licence out the processing technology and parties wishing to gain access must either joint venture their nickel laterite projects with DNi or become one of its cornerstone investors.

DNi has already farmed into a 50% joint venture interest and operatorship of London-listed Regency Mines' Mambare nickel laterite project in Papua New Guinea for the granting of a process licence for Mambare and no cash consideration.

In 1999 Anaconda Nickel estimated that a 158sq.km area contained up to 630 million tonnes at 0.78% nickel and 200Mt at 1.01% nickel in the limonite layer (non-JORC). No estimate was made for the underlying saprolite layer.

The project is expected to host some 5-7Mt of contained nickel in the long term and the joint venture's first maiden resource, over a portion of the area, is due in the March quarter, while DNi has flagged possible annual production of 20,000t nickel starting in 2015.

But DNi's big move into nickel production will take place in Indonesia, where a pre-negotiated JV entity in which DNi holds 80% is readying an acquisition strategy that will see it become a significant miner in the country.

Insatiable Chinese demand for Indonesia's nickel laterite ores, which grade 1.4-2.5% nickel, has driven the Indonesian government to mandate that license holders undertake processing within the nation from 2014 to prevent the further export of investment and jobs overseas. A tax of 10-20% will reportedly be applied to exported ores, beginning next year.

A DNi plant in Indonesia will offer a much-needed processing solution for laterite ore throughout the country.

Barges from a wide array of resources can haul to central facilities at low cost using what Malnic calls "the blue highway" of archipelagic passages.

From 2017, DNi anticipates that its Indonesian nickel production will hit 20,000 tonnes per annum while its total output from Indonesia and PNG will together reach 180,000tpa in 2021 - about 10% of the anticipated global supply.

More than 35 different nickel laterite deposits from around the world have been tested at Direct Nickel's technical headquarters within the CSIRO facility in Perth and the project team will use the test plant under construction to generate the engineering data needed for each deposit it farms into.

The last long-lead item for the construction of the plant is being built in San Francisco and is due on site in December and first processing is expected to begin in January 2012.

Each run at the test plant is expected to go for up to 100 days, with the first ore coming from the Philippines, Indonesia, Australia or a Brazilian deposit discovered by shareholder Teck Resources.

Meanwhile, DNi is working on an ASX listing before the end of the year, with a reverse takeover of a shell company now in process.

Upon listing, the company is expected to have a market capitalisation of $A100 million. A $20 million share issue managed by Bell Potter is also on the cards, to fund ongoing drilling at Mambare in PNG, test plant operations and the Indonesian joint venture. Volatile markets may necessitate an interim capital raising.

DNi's board has an ambitious goal of reaching a market cap of more than $1.5 billion by 2015. There is little doubt that nickel production will have to come from laterite projects in the future, and in its "closing furlong" DNi appears to have no challenging competitors.

"Everyone is looking to laterites as the future of nickel and stainless steel production - and we hold the best key to their processing," Malnic said.

"The sulfides are not being discovered fast enough."

As with any innovative leap in technology, there is bound to be some scepticism of DNi's claims. Yet this will not be a new phenomenon to Malnic.

"When Nautilus started out in the mid 90s it seemed like a very far out idea and yet right now the [seafloor mining] system is under construction.

"Have we done something risky? No, we actually de-risked something.

"In the past the mining industry has been able to get away without much innovation, but we are changing that.

"There is a lot of talk about it and adding value, but we are doing it."

Malnic, who remains a Nautilus shareholder, even suspects the Toronto-listed company is underpromoting its position as a pioneer of seafloor mining.

seafloor hydrothermal vents - are the target rather than the thick units of sulfide they sit on.

But there is also potential for seafloor massive sulfide deposits to match the Broken Hill deposit in Australia, often considered the largest onshore zinc-lead ore deposit.

"The Broken Hill deposit is a fossil of a Nautilus-style sulfide deposit, so somewhere out there right now there could be a Broken Hill-size deposit forming on the seafloor available for discovery."

Nautilus' flagship Solwara-1 project in offshore PNG is targeting an initial production rate of 1.3 million tonnes per annum of dry ore delivered to Rabaul port, with a rampup option to hit 1.8 million tonnes.

First ore is expected just 30 months after the project gets final sanction while the environmental permit and mining licence has already been awarded.

It's the next big thing, says ADB 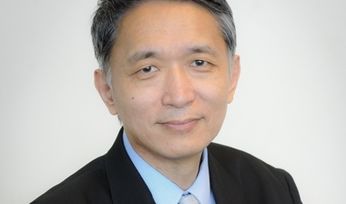 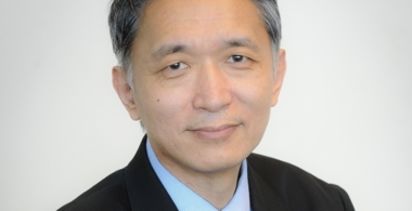 Laterites may be the future of the nickel market, but don't count sulphides out yet