A pint with Peter Swiridiuk

IT HAS not been smooth sailing for copper-focused mineral explorer Coppermoly over the past couple of years. Coppermoly managing director Peter Swiridiuk spoke to MiningNewsPremium.net about the company’s improved exploration outlook in Papua New Guinea in 2012. 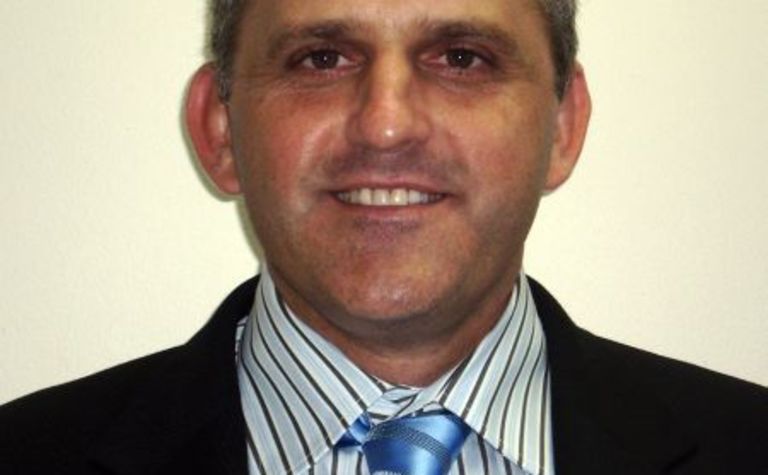 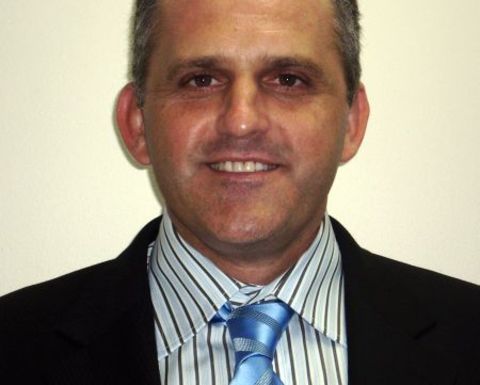 MNP: Can you tell me a bit about your career?

PS: I started out on a degree in maths, physics and geology and geophysics in Armidale in New South Wales and I studied there for five years. After leaving university I got a job working with the world's largest diamond company, De Beers Diamond Services in Melbourne. I spent the next six years working for that company and looking for diamonds throughout Australia before moving to Queensland where I started working on the South Pacific copper-gold systems.

Since 1996 I have basically been a consultant to the mining industry, so after my time in the South Pacific I worked as a consultant in Mexico, then in Cyprus and the Middle East again looking for copper-gold systems.

I started working with New Guinea Gold as a consultant on all their projects in Papua New Guinea, which sort of led to compiling technical data such as geochemical and geophysical data into presentable diagrams that could help find mines. Then the opportunity came to spin out a copper-gold project and we went out and tried to raise money in 2007. We managed to raise $8 million and I'm still there with Coppermoly working as a consultant for the last four and a bit years. I'm managing director but employed as a consultant so I work with other companies when it's not in direct conflict with Coppermoly.

PS:Someone who can be innovative in new technical ideas and how to bring those ideas to help find ore deposits by attracting funds from investors. So I want to be remembered as someone with that entrepreneurial edge in developing new ideas and getting other people around you, who are better than you, to promote those ideas to get a good product. In our instance it happened to be our gold-copper mine.

MNP: What have been some of your career highlights and challenges?

PS: One big highlight was going from being at university to working for a large company and being flown all around Australia in order to go and find ore deposits. That was pretty exciting and at 23 my first job involved discovering a new diamond pipe.

Another highlight was finding copper deposits in the Middle East and of course running a company is another step towards being successful at business.

At the age of 39-40 being able to raise money is always a new challenge, but there is always a new level to go to. It is a challenge being away from the family, but the challenge of working with people is probably the most difficult. There is the technical aspect of your work which is hectic, but working with people is always the biggest challenge. But also staying financially solvent and actually improving the financial feasibility of the company is the most challenging so far.

MNP: Regarding your joint venture with Barrick in Papua New Guinea, where do you see that project taking the company?

PS: When we had the global financial crisis we advanced the projects by spending close to $8 million and then the bottom fell out of the copper price and we couldn't raise any money. We did end up raising a little bit of money and we thought the best thing to do was to do a deal with the company. So it was at that point that Barrick came to us and said they would drill the holes in our tenements and over the last two years they have spent $20 million.

Through part of the money spent we found a new copper deposit and now it is a matter of progressing that copper deposit through to feasibility. Progressing the deposit will either be with Barrick or if they no longer want to continue it will be with a new joint venture partner - but there will be success, because the grades we intersected and its closeness to the surface indicate that it can be mined.

MNP: What is happening with the three exploration licences that you are waiting on for approval?

PS: We applied for those tenements in Papua New Guinea on New Britain Island which is the same island we found this new copper-gold deposit. But there are processes to go through to secure the licences, you need to have a Wardens hearing, which a meeting with owners meeting. Then you have to have approval from the Mining Advisory Council which is the government representative then it has to be signed by the minister.

Two of our applications have been approved by the council so it has to go to the minister now and another one has yet to go through the council, so it is a lengthy process. Two of those have been in application for nearly two years so we are pretty confident that we will get at least two of those granted this year.

Around 90% of New Britain Island is going to be taken up by this tenement, we took some samples on one beach on the island and found 10% copper and it is close to the new discovery so we think there is a pretty good chance of finding more.

MNP: What do you think about the ongoing political crisis and how it affects mining and industry in PNG?

PS: Well the political crisis, if you can call it that, is not helping the mining industry, you have two heads of government and two representatives in that government. Which means it can take longer for ministers to sign off on documents and it can lead to unsettling in the country and unsettling in landowner groups and it can make certain areas, not so much New Britain island, but other areas more difficult in dealing with land owners. So it certainly doesn't help, but it does increase the sovereign risk.

MNP: What do you think is the difficulty of having Australian workers and operations overseas?

PS: Primarily there are cultural differences, we tend to employ as many local workers as we can. But with Australian workers, we find that getting visas can take years but fortunately Papua New Guinea is only three hours flight away, so its closer than Western Australia. We don't find it too difficult operating there but it is just dealing with a different culture and being able to get an Australian to be comfortable working in PNG is not easy, that is why we use a lot of local people.

MNP: What are your main goals for the next 12 months, with Coppermoly and for yourself?

PS: Well at Coppermoly we would like to get this copper project into a stage of feasibility as quickly as possible, either with Barrick or with somebody else, and get on the ground working in PNG. Also we would like to initiate a drilling program at our Queensland operation, because we know there are high-grade drilling results both in copper and gold and we want to see if that has got tonnage potential, at a great location, four hours from Brisbane. Those operations will be a main focus for this year and we will be looking at trying to raise money for those ventures.

On a personal note I am currently looking at developing a gold and silver company in Mexico.

Lack of will to stop public sector corruption 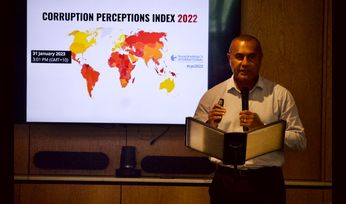 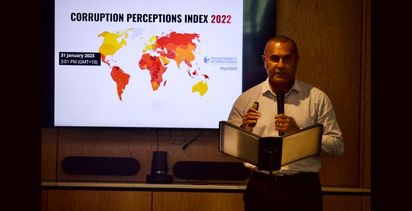