A MAJOR landslide near the $US15.7 billion ($A14.97 billion) PNG LNG project in Papua New Guinea yesterday is feared to have claimed lives and halted work. 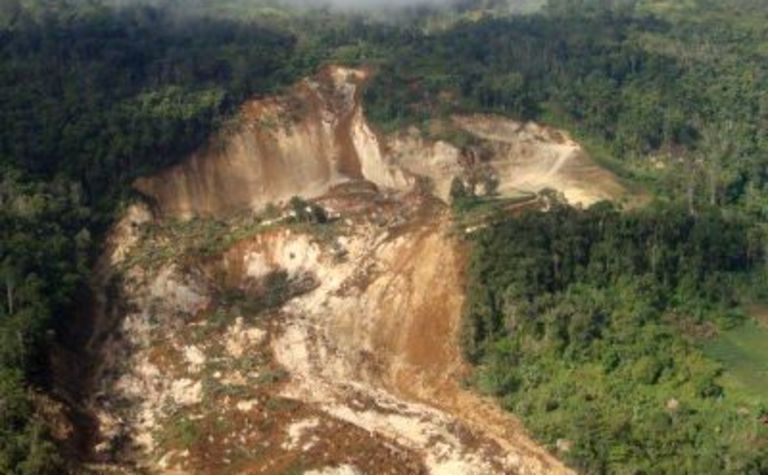 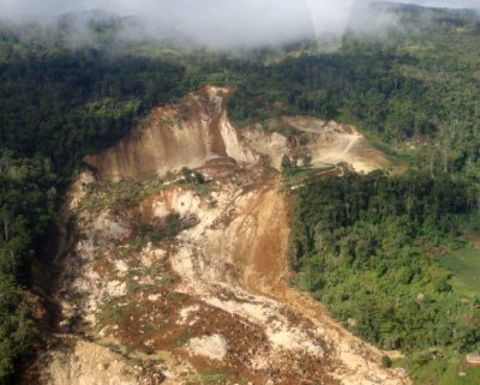 The landslide hit about 6am yesterday near the Hides gas plant, a major component of the project, blocking the main road between the plant between the Nogoli camp and the Hides field.

The road goes through a populated area, raising fears multiple homes and lives may have been lost in the disaster.

Local ExxonMobil subsidiary Esso Highlands said it had shut down work at the plant, and its primary concern was for the safety and wellbeing of its workforce and the local community.

Joint venture partner Oil Search said its entire staff on the project had been accounted for and the PNG government was leading the emergency response through the National Disaster and Emergency Relief Office.

Details about the extent of the damage to villages surrounding the plant remain murky at this stage, with some suggestions that entire villages had been buried counteracted by reports only a few homes had been lost.

The area is believed to be geologically unstable and close to the ancient volcano of Bosavi, with an Oil Search spokesperson telling AFR that up to 10 metres of rain per year and landslides were "unfortunately a regular feature" in the region.

Before it was aware of the disaster, Oil Search reported "good progress" at the project, with production on track for a 2014 start-up date.

The project involves over 700 km of pipelines and a 6.6 million tonnes per year liquefaction plant near Port Moresby.