ACCESS issues may delay a final feasibility study decision on Newcrest Mining’s proposed Namosi copper-gold development in Fiji until the third quarter, while disruptions at its three core operations have prompted a downgrade of its gold production guidance for 2011-12. 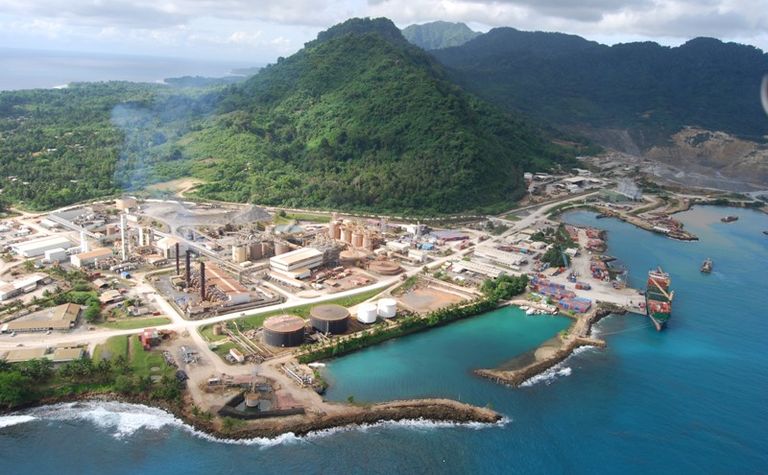 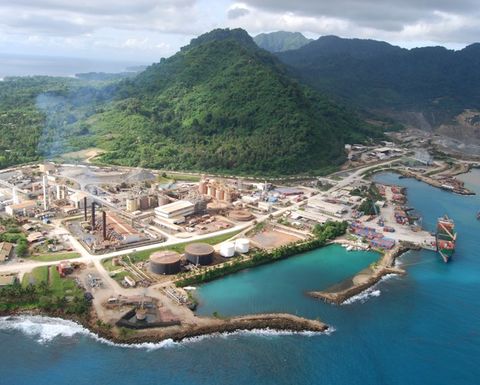 Australia's largest locally owned gold miner has reduced its gold guidance by around 6% to 2.43-2.55 million ounces following production disruptions at Cadia Valley in New South Wales and Lihir in Papua New Guinea, as well as lower grades and recoveries at its Telfer mine in Western Australia.

As for its large 69.94%-owned Namosi joint venture, which is located 30km west of the capital Suva, Newcrest said drilling had been slower than expected due to landowner access issues.

The JV contains the Waisoi deposit, ranked as one of the world's biggest undeveloped copper-gold deposits and last estimated by Newcrest to contain total resources of 7.9 million tonnes of copper and 7.7Moz of gold, as well as other copper-gold targets which are being evaluated.

In a presentation as part of a UK road show late last year, Newcrest managing director and chief executive Greg Robinson said the company was targeting production from Namosi sometime in the 2015 financial year.

Local newspaper The Fiji Times this month reported the country's Prime Minister Commodore Voreqe Bainimarama would oversee talks and negotiations related to Namosi, which is expected to have an initial investment of $1 billion, with a similar annual turnover.

In a Ministry of Information statement, Bainimarama announced he would take over the responsibility of talks and negotiations on the mine, while an environment impact assessment and economic impact analyses were still being conducted.

There were no real surprises in Newcrest's latest quarterly, with gold production of 579,073oz which was down slightly on the 587,296oz produced in the September quarter, as were copper volumes which reached 18,171t versus 19,228t in the previous three-month period.

Importantly, the gross cash margin increased slightly to $1042/oz thanks to a higher realised gold price of $1648/oz.

On the corporate front, its secondary listing on the Toronto Stock Exchange is expected to be completed by the end of the current quarter.

To help a portion of its major growth projects and to repay existing unsecured debt, Newcrest also raised $US1 billion ($A949 million) through the issue of corporate bonds in the US.

The gold miner's major expansion projects at Cadia and Lihir continue to track to schedule, with the start of power supply from the new Lihir power plant while the major Cadia East project tie-ins have been finalised.

Cadia Valley is expected to deliver up to 800,000oz of gold and 90,000t of copper annually when Cadia East comes online, while the Lihir upgrade is expected to grow volumes to 1.3 million ounces per annum.

Looking at each operation in more detail, Cadia Valley volumes were down due to a ground slip in the Cadia Hill open pit in November which blocked ramp access and prevented heavy vehicle access in the bottom of the pit, resulting in the treatment of lower grade stockpiles.

An alternative access ramp has since been established and mining is expected to resume later this month.

Ridgeway kicked in 109,716oz at an average head grade of 1.35 grams per tonne, while a further

The latter $A1.9 billion development continued to schedule and is more than 65% complete and due to ramp up this year.

Meanwhile, the $US1.3 billion upgrade of the Lihir plant to 1Moz continued to plan.

It is 70% complete and due for completion by the end of this year.

Lower feed grades and recoveries were a factor at the Telfer mine in the quarter but volumes remained pretty much on par with the September quarter results.

Record mill throughput at its 82.5%-owned Gosowong operation in Indonesia resulted in production of 107,500oz of gold at cash costs of $404/oz compared to 79,798oz at cash costs of $508/oz in the September quarter.

The objective of Newcrest is to stabilise production at Hidden Valley at around 300,000ozpa at cash costs of $US500-600/oz.

Also in PNG, the prefeasibility study on its proposed 50%-owned Wafi-Golpu development continued to schedule and it is due to be handed down in the first half.

A seventh drill rig is onsite.

Newcrest is targeting production growth at Bonikro to rates of 250,000ozpa at cash costs of $US500-600/oz, with a mill expansion to more than double capacity to 5 million tonnes per annum from 2Mtpa. 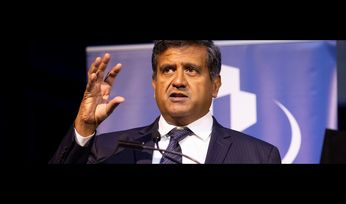 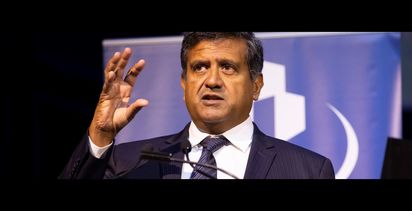