A long, challenging haul road across mountainous terrain places serious demands on the drivers who have to negotiate it every day. New monitoring technology aims to avoid accidents by alerting drivers when fatigue is setting in, before it’s too late. 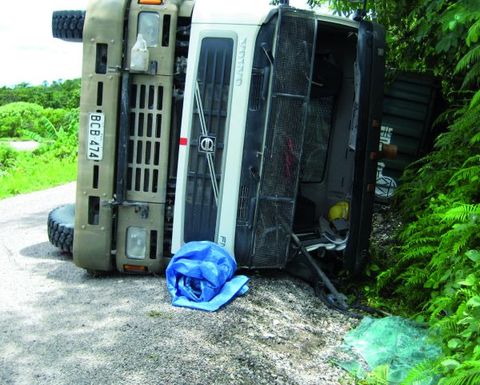 AFTER three major accidents, the giant Ok Tedi mine has introduced the Optalert alertness monitoring system to its linehaul and bus fleet to eliminate the risks of fatigue behind the wheel.

The symptoms of sleep deprivation include blurred vision, incoherent speech, slowed reaction time, lower moral judgement and reduced coordination - so it is hardly surprising that comparisons to alcohol impairment are often made.

But one large study found that depression, anxiety and stress are the biggest risk factors behind daytime sleepiness (a marker of fatigue), followed by overweight/obesity, age and duration of sleep.

There is also a gamut of medical circumstances which can contribute to fatigue, ranging from diabetes to even coming down with the flu, meaning the chances of beating fatigue all of the time seem quite remote.

While fatigue has long been identified as a major safety challenge for mines around the world, this recognition alone is not enough to stop its toll.

In a worrying sign in September, a supervisor at a Queensland mine rolled a light vehicle on to its side after hitting a berm when he had a microsleep - an innocent-sounding term that describes driving for up to 30 seconds with your eyes totally closed.

The Queensland Mines Inspectorate said an in-vehicle camera recorded that the supervisor nodded off a "number of times" before the accident.

In 2010 one of the state's mine inspectors even drove off a highway to avoid a head-on collision with a car driven by a mine worker who had a microsleep at the wheel - with the matter subsequently detailed in a safety alert to the industry.

A particular concern in the open cut mining industry, 60 to 65% of truck haulage accidents were found to be directly related to operator fatigue in a joint study by BHP Billiton and Caterpillar published in 2008.

So it is understandable that the giant Ok Tedi mine in PNG has also experienced challenges in this regard, especially given the terrain its truck drivers need to negotiate.

"The linehaul trip, although only 150km, is very challenging as the road drops from 1500m above sea level down to about one metre at the port town [Kiunga].

"It is a very steep road and every day is a different day on that road because of the weather and the amount of traffic. That is why we looked to Optalert to help manage our fatigue problem."

Developed by sleep researcher Dr Murray Johns and first designed for the transport and road sector, the key Optalert alertness monitoring system components are a dashboard indicator and some high-tech sunglasses.

While the glasses appear to be ordinary shades they are able to monitor eye and eyelid movement to detect drowsiness.

Tiny invisible light pulses within the glasses measure how fast and how far the driver opens their eyelids after they close them.

Through a USB cable to the small processing unit within the dashboard indicator, this data is converted into a score out of ten. Warning alerts sound if the system calcualtes the driver is at risk.

Parker said drivers had every right to pull over and go outside and have a walk around when the system let them know they were reaching high levels of fatigue.

After all, a vehicle accident can have broad consequences in PNG.

"Should one of our drivers hurt a community member, a child or even a champion hunting dog, this accident would cause the driver and the company serious social repercussions," Parker said.

Implemented after a successful month-long trial, the rollout of this technology to the bus fleet was considered imperative as each of the eight buses carry up to 57 passengers to and from the mine every day.

"Last year [2010] we had a number of incidents where the drivers were fatigued and were dozing off. These are very high mountains here and we can't afford a bus to go over the edge," Parker said.

Yet operator fatigue has primarily affected the mine's truck fleet.

"We have had three major accidents recently, thankfully without any fatalities," Parker said.

"Each accident has been a large financial and logistical burden. We have looked to Optalert as a toolto help management and our drivers to better measure the state of alertness during a shift and record valuable data."

"Originally we felt these 20-year-old trucks were a contributor to driver fatigue so we went through a costly process of buying these Volvos that were air-conditioned and had ergonomic seats," Parker said. "Now we find that these trucks are actually too easy to drive and operators are dozing off as a result - it is a different style of fatigue that is setting in."

While OTML reconsiders whether it should bring back the older trucks, Optalert chief executive officer John Prendergast said the need to support the driver was Optalert's main focus.

"As was the case with these Volvos, more technology is not always the best solution as fatigue is a very human condition," he told PNG Report. "Having said that, our goal is now developing a fitness for duty test and mobilising alertness monitoring - these are just two of our current projects.

"Removing the need to install hardware and provide a device that can be taken from one machine to another is a unique step and one that reduces a company's overall risk profile."

In the meantime, Parker plans to further roll out Optalert to Ok Tedi's dump trucks during 2012.

"It is early days, yet I am highly bullish of the ultimate success of this," he said. "We will have a very solid and safe system in place through Optalert and we look forward to implementing this system throughout our mine trucks over the coming year.

"It is an exciting adventure for us with this technology. We are the first to use it in Papua New Guinea."

One of the challenges to implementing the alertness monitoring system was convincing the drivers it was in their best interest.

An obvious motivator was that the Optalert global communications network will identify any driver who does not use the glasses and make this known to the mine's control room.

But breaking habits and the fear of the unknown is another matter. The drivers were not used to wearing any type of glasses while they also had concerns about the repercussions of triggering off fatigue warnings.

Parker said great steps were taken to make sure drivers knew they would never be penalised for receiving an alert.

"We really want the drivers to accept Optalert as a tool for their own safety and one that can predict fatigue. The reports we have received are encouraging and moving forward, as the drivers start to see that they do have control over the vehicle, I'm sure we will see the full benefits."

OTML occupational health and safety department principal advisor Troy Birthsiel said the mine aimed to have the alert system utilisation rate up to 80-90% of its bus and truck fleet, which includes 27 prime movers, within three months.

"We are seeing that the drivers are taking more care and actually planning for a good night's rest,"he said.

"Our reports show that our people interact with the indicator in the cab on average every 17 minutes, which is in front of the world average.

"This shows our drivers are becoming interested in their alertness score and that is driving a behavioural change."

While the Ok Tedi mine has pioneered the use of Optalert in PNG, Prendergast said there had been another request to trial the technology from a business in the country which works in the field of construction projects.

"About a third of our business is outside the mining sector," he said. "We see the task of driving as a unique one and supporting the driver with an alertness monitoring tool is just as relevant in the bus, road transport, mining, engineering maintenance industries as it is during the drive home after a long shift at work."

He said Optalert was working to improve its product and the research and development behind it. "Our current technology platform is the direct result of guidance from the very people who are the safety leaders in their industry.

"Now our team is focusing on the next generation of our technology and researching what the future measures of impairment might look like." 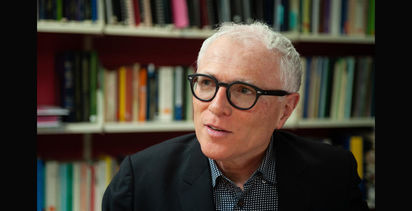