TALISMAN Energy has struck a $US280 million ($A263.5 million) deal to farm-out stakes of nine licences in Papua New Guinea’s untapped Western Province to Japanese conglomerate Mitsubishi, with the joint venture aiming to export 3 million tonnes per annum of LNG. 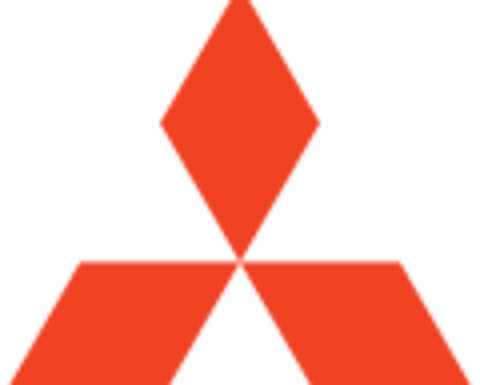 The farm-out arrangements will give Mitsubishi an average stake of 20% in the licences and reduce Talisman's average stake to 40%.

While the farm-out is effective as of January 1, it remains subject to approvals from the PNG government and other JV partners such as Horizon Oil and Kina Petroleum.

The $300 million Stanley field condensate recovery project is the first cab off the rank in terms of commercialisation in the Western Province licences but Talisman has also pursued a strategy to aggregate 2 to 4 trillion cubic feet of gas in the region for an LNG project.

Talisman said Mitsubishi would aid in the plan "with a view" to export 3Mtpa of LNG.

"Mitsubishi brings extensive experience in LNG development and marketing and I am confident they will be a key success factor in helping us unlock the value of our Papua New Guinea assets," Talisman eastern international operations executive vice president Paul Blakely said.

Horizon recently gave conditional approval (subject to clinching financing arrangements) for the final investment decision for the condensate recovery project which is targeting first production of about 4000 barrels per day from the end of 2013.

But Mitsubishi will also be involved with this project under the strategic JV with Talisman.

"Talisman and Mitsubishi have an aligned vision for the aggregation and monetisation of gas and condensate liquids in the Western Province and intend to leverage their respective skills in upstream exploration, production and LNG project development to deliver development success for the benefit of all stakeholders, including the people and government of PNG and the Western Province," Talisman said.

Japan is a premium market for LNG - especially since the Fukushima nuclear disaster last year - and Mitsubishi is aiming to secure stable LNG supplies for its home country.

The onshore licences involved in the strategic JV include petroleum retention licences 4, 8, 21 and 28 and five petroleum prospecting licences including PPL 235.

Kina Petroleum has a 15% stake of PRL 21 (Horizon 45%, Talisman 40%), where the Ketu-2 well preparation is underway after recent success at Elevala-2 in the same licence, with the well and its associated sidetrack well located about 60km southwest of the Stanley field.

KP managing director Richard Schroder said Mitsubshi was a "quality" JV partner and he believed the partnership would add momentum to ongoing development of PRL 21.

Horizon owns a 45% working interest in the licence and a 50% stake of PRL 4 and it aims to usher in a floating LNG project to commercialise Stanley field gas - an approach which minimises various infrastructure and construction challenges.

New Guinea Energy has half-stakes in two PPLs involved in the Talisman-Mitsubishi JV - PPLS 269 and 268.

"Mitsubishi brings to the province the third vital element for LNG success - expertise in LNG production and marketing."

The timing is also good for NGE, which is in ongoing talks with strategic JV partners for its extensive licence holdings in PNG.

"The Talisman-Mitsubishi transaction provides another benchmark of the value of NGE's licences in PNG's Western Province," Arnett said.

Toronto-listed Eaglewood Energy has a 40% stake (operator) in PRL 28 of Talisman's JV with Mitsubishi.

"This transaction is very positive for Eaglewood and all the forelands players, as it introduces a large and experienced LNG player into the region which should result in a more likely and more rapid monetisation of the natural gas reserves in the forelands of PNG," Eaglewood chief executive officer Brad Hurtubise said.

PPL 235 contains the Puk Puk discovery made by Rift Oil in 2008 and Talisman plans to drill another well into this field along with a well for each of the Weimang and Aiema prospects in the licence.

Wells are far cheaper and quicker to drill in PNG's Western Province compared to the difficult terrain of the Southern Highlands, where PNG LNG project gas will be sourced from.