RESEARCHERS from a non-governmental organisation are listening to find out what local communities really think about the PNG LNG project. 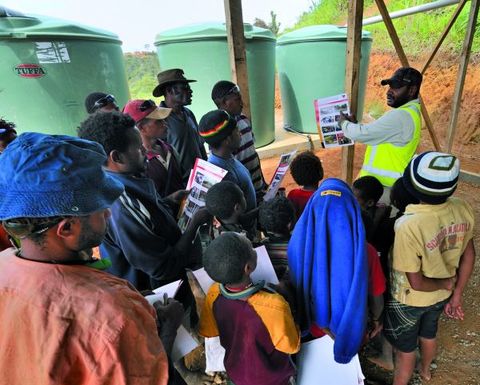 OXFAM's LNG Impact Listening Project has introduced a new approach to community relations in the country which could help identify localised issues before they snowball into resource project or site disruptions.

The NGO has been active in PNG since the early 1990s and aims to promote responsible business practices among its mining and petroleum players.

In a study last year which successfully canvassed the views of 730 people from the four villages near the LNG plant site 20km west of Port Moresby - half of them were from Porebada - Oxfam predictably received a mixed response on the ExxonMobil-led project's impacts.

On the most concerning issue raised by the villagers, Hill cited perceived inequalities in benefits distribution in terms of both jobs and money, as this could fuel future community conflict.

"Exxon needs to ensure that its subcontractors, including local landowner companies, are operating fairly, and when they are responsible for awarding employment or managing money for community projects, do so equitably and transparently," Hill said.

But not all of the blame was squared upon the project operator by the people interviewed during the Listening project.

"Local organisations and community members made it clear that they believe that different stakeholders have different responsibilities to address the many issues and impacts of the PNG LNG project," Hill said. "Clearly both ExxonMobil and the government both have a role to play here."

While it could be impossible for any major resources project in PNG to satisfy everyone, the methods used by Oxfam to gather the diverse range of community feedback was new to PNG and based on a collaborative learning model originating from the US.

"Community members were eager to talk to us," Hill said. "The conversations were driven by what people wanted to tell us and our report captures these conversations. The Listening project process involved forming a team of researchers from the local communities. The fact that the researchers were local people, not outsiders, avoided the challenges that might have otherwise made the project a difficult one."

In assembling its research team, Oxfam partnered up with a variety of community-based organisations including Papua Hahine, Central Province Council of Women, Red Cross, Salvation Army and United Church.

Hill warned that many resource companies in PNG either failed to maintain engagement with affected communities, or took an overly prescriptive approach.

"Too often, mining, palm oil, logging, and oil and gas companies only listen to communities, at least in a formal way, when they are conducting a social impact assessment and then again if something goes wrong and a crisis needs to be managed," Hill said.

"Instead, companies should listen to local women and men all of the time and invest in developing trusting, respectful relationships with local people. This is good practice and consistent with the principle underlining community rights to free, prior and informed consent and participation in decision-making that affects them.

"There is real value in making the time to listen to communities affected by large projects such as PNG LNG, and simply asking people how the project is affecting them. Asking a long list of pre-determined questions that might never get to what is really important to local people may not necessarily result in a positive community-company relationship."A ‘listening project', where the people interviewed drive the conversation, is one way of developing such a relationship."

While the final project report came out in November, Oxfam aims to keep tabs on the PNG LNG project right through the construction phase and after the first scheduled LNG exports in 2014.

"We will support local people to hold Exxon or their government to account for promises made and work with local organisations to ensure that all Papua New Guineans benefit from the massive revenues that the PNG LNG project will generate," Hill said.

Exxon on the listening project

"We encourage local community leaders and the government of PNG to take active measures to ensure safety, security and the mutual success of this vital project for the people of PNG," a spokesperson for Exxon subsidiary Esso Highlands said in response to the Listening project findings.

"Good governance, accountability and revenue transparency are critical to ensuring that the value unlocked from gas resources in the Southern Highlands and Western Provinces results in economic growth, increased opportunities and a better standard of living for Papua New Guinean citizens. We acknowledge and appreciate steps already taken to achieve this objective."

While some of the canvassed views of the Listening project placed blame on the project operator, the spokesperson drew attention to government responsibilities.

"Esso Highlands maintains dialogue with government departments that administer benefits to continue to promote the importance of the PNG government meeting its obligations under the benefit sharing agreement," she said.

"It is important to remember that the [PNG LNG] project participants are not parties to benefit sharing agreements and will not make payments under those agreements."

The spokesperson further clarified that the benefits sharing agreements were between landowners and local, provincial and national level governments over how the project's benefits were distributed.

Esso will continue its active engagement program this year, with more than 1000 meetings undertaken in various communities during 2011.

"In addition to these consultations we conduct drama programs around the project area, a culturally powerful way to communicate, and distribute newsletters to communities around the LNG plant site."

The PNG LNG project undertook more than 24,000 interviews in various communities over potential impacts before the construction phase began.

27 computer labs to be established in Hela Province 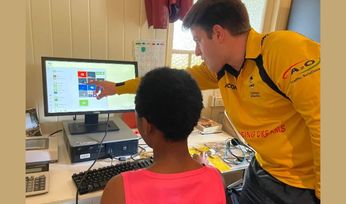 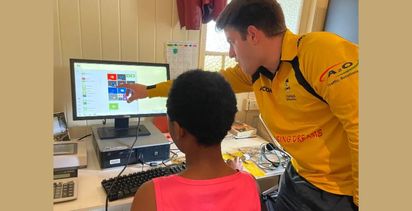 Zijin on a learning curve