More to come from MineSight

MineSight, already the dominant generalised mine planning software used in Papua New Guinea, is expected to undergo one of its biggest overhauls in decades when version 7.5 is unveiled in 2012. 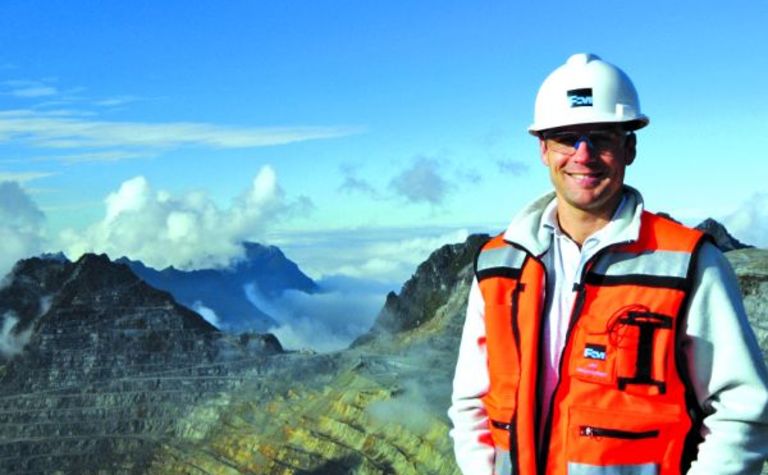 While Arizona-based Mintec continually releases updates and additional application tools for MineSight, the next generation of the software is expected to usher in a host of innovative features to further control a mine's technical destiny.

But with finishing touches underway, MineSight Applications regional business development manager and qualified geologist Mark Gabbitus can only reveal so much.

"In the next 12 months, users can expect to see some major system changes to MineSight, which will be really exciting though I am reluctant to give more detail than that, until we are closer to release," he told PNG Report.

"Our Tucson seminar in May is the forum for announcing what is coming."

Outside of the overall software upgrade, Gabbitus said the latest version of the schedule optimiser application was a real game changer in terms of long and medium-term planning.

MineSight is used at the key PNG mines of Lihir, Ok Tedi and Porgera and free licences of the software are available to students at PNG Unitech in Lae and the University of PNG in Port Moresby, to prepare them for careers in the mining industry.

Aside from the isolated Tolukuma gold mine and the new Hidden Valley mine in Morobe Province, the only other significant PNG mine which is yet to make a transition to MineSight is Allied Gold's Simberi open cut operation but Allied is using the software for its Gold Ridge mine in the Solomon Islands.

MineSight is also the choice for the giant and geotechnically challenging Grasberg mine in Indonesia's Papua province and for the considerable Newmont-operated Batu Hijau copper-gold mine in the country.

On the market dominance of MineSight in PNG and the wider region, Gabbitus said it could be based on its historical presence and the lengths taken for service and support.

"MineSight has been used at Lihir and Ok Tedi for years, so as people move around, they tend to use what they know and want to keep the service they had previously. Mintec and MineSight has a very strong focus on support."

How MineSight is applied differs on the needs of each mine but both Lihir and Ok Tedi have very similar set-ups in place.

Yet Barrick Gold's Porgera mine is just starting to use the software for grade control functions, as it was previously used solely for engineering applications.

A particularly cumbersome task facing many geological engineers over the years is reconciling the changes to resources and reserves modelling.

The MSAxis reconciliation application in MineSight is used for handling the reserves and grade control reporting at Ok Tedi and Lihir and this application is in the process of being implemented at Porgera.

Gabbitus said it was a fast and robust reconciliation system that made life a lot easier at the Lihir mine.

The Newcrest-operated mine recently harnessed the ever-increasing functionality of MineSight.

After completing an airborne laser-based LiDAR scan over Lihir Island, mine management sought to display and use the data for future planning.

"MineSight was able to bring it into our system using a relatively new tool called large gridded objects," Gabbitus said.

"LGOs had been developed specifically for LiDAR scans from our oil sands clients in Alberta, Canada. They allow you to store massive amounts of data and still be able to display and use it alongside all our other design tools. As far as I am aware, MineSight is the only GMPS that can handle this type of data successfully."

While bigger improvements are on the horizon, the extensive use of MineSight's Axis Grade Control application is already overcoming the considerable terrain challenges common to many mines in the Pacific region.

"All our grade control process clients have admitted that MineSight Axis is easier and quicker to process than the systems in place beforehand," Gabbitus said.