Shipping on the Fly River

MAINTAINING a competitive advantage includes regularly reviewing business practices and the operating environment. An optimal supply chain can assist companies in value creation in order to maintain or enhance their market position in the exploration and resources sector in PNG. By CDV Solutions director Garth Hamilton 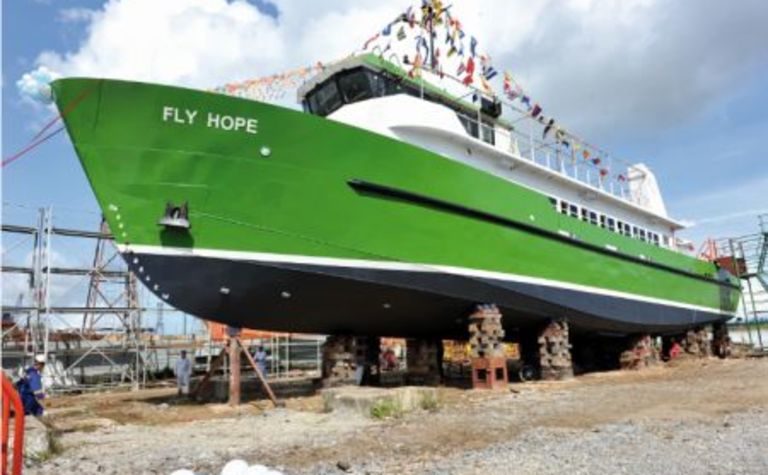 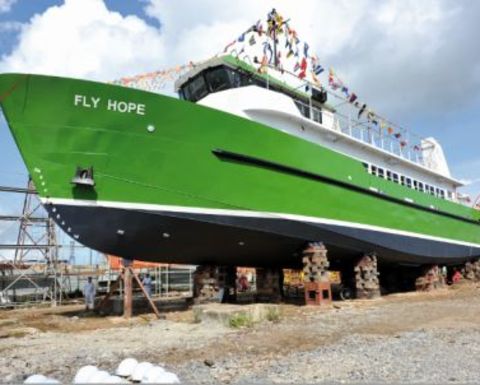 Operating in Papua New Guinea brings with it a host of exciting challenges that have the ability to significantly influence the success of a business venture, whether it is in exploration, construction or operation of a mine. Not the least of which is the physical environment, including climate, terrain, distance from suppliers and infrastructure in terms of both availability and condition.

Western Province of PNG can lay claim to hosting some of the world's more remote mining and exploration activities located in a physically formidable location. The only means of ingress and egress are either by sea or air - there are no roads connecting Western Province to other areas of PNG and what roads are there were built primarily to service the mine and communities between Tabubil and Kiunga, though this is changing.

The closest port to the mining and exploration leases is Kiunga, which is approximately 850km up the Fly River. To compound this, river levels fluctuate greatly and can prevent ships sailing on the Fly and the roads require constant maintenance to counter what can be more than 8m of rainfall per annum in the mountains.

The majority of material consumed in Western Province by the mines, exploration teams, contractors, local businesses and the community comes from within PNG, Australia or other international locations such as China.

Goods, fuel, chemicals, plant and equipment are shipped from Port Moresby on commercially available liner services, or a company may charter a vessel. On arrival the supplies are then moved by road to their final destinations - if there are no roads then by air. The amount of inbound material is staggering and the implications for business operations are significant. Any inefficiencies or interruptions to the supply chain can have drastic consequences.

A minimum of 120 million litres of diesel per annum and over 4000 20-foot long shipping containers move through this chain for various consumers in the province. Demand is growing as the tempo of both mining and exploration operations increase. Any supply chain in Western Province has no alternative options for the movement of large quantities of material into site, or movement of outbound product - it is coastal shipping.

Coastal shipping options in the province have historically been limited to two options:

Until recently the options for passenger movement on the river have been even more limited - dug-out or banana boat.

An outsider looking in would see a demanding location with limited options. When commenting on coastal shipping to the Gulf, Central and Western provinces, the ICCC in its February 2007 Review of PNG Coastal Shipping Industry said, "It is unique in that the majority of these ports are actually river ports rather than coastal ports. The nature of this market may provide … a significant competitive advantage over a potential new entrant given the need for ships with special dimensions and characteristics".

In terms of vessel design, there are two major constraints - draught of the vessel due to the shallows and changing river levels and the river sinuosity impacts on length overall and manoeuvrability.

The Fly River will see a new fleet of vessels working on it over the next 2 years. Ok Tedi Development Foundation is constructing three vessels, all designed for the Fly River.

Fly Hope is a passenger ferry that will operate a commercial service calling at Kiunga, Aiambak, Obo, Sturt Island, Gesowa, Aberegerema and Daru. The other vessels are Fly Explorer, a purpose-built environmental research vessel and Fly Warrior, a 65m container and bulk fuel carrier. The vessels will be chartered to Ok Tedi for the duration of its mine life and subsequent remediation. Likewise, Ok Tedi is having four vessels constructed to replace its time-chartered fleet.

Commercial and risk modelling of multiple strategies resulted in this step being undertaken. For the communities that are represented by OTDF, the ferry was the first step to becoming ships owners. It addresses a pressing need for passenger transport within the province and will improve safety and the ability to more easily trade along the river.

Earlier in January, 11 people on a dinghy leaving Murray Island for Daru had engine trouble and went missing, prompting a Torres Strait police search. Fortunately, the skipper repaired the engine and made it safely to Daru.

Fly Hope will provide an affordable, safe alternative and the other two vessels represent an investment through a long-term charter.

As neither the mine nor OTDF were ship owners, the key issue was to address the ongoing crewing, operations and maintenance of the new fleet. A tender process resulted in a high level of interest from ship managers from some of the world's largest and most reputable firms. A key part of the services to be provided is traineeships for people from Western Province to become seafarers.

Developing an alternate shipping solution for the Fly has been an interesting challenge, primarily due to ideas that the operating environment constrains choice. Close examination of constraints as well as options has allowed the creation of a strategy meeting the requirements of the mine, as well as the river communities in a balanced, sustainable way. While external skills and expertise are being brought in, there is a mechanism in place to ensure the communities as well as individuals are able to benefit in the longer term.

CDV Solutions is an Australian based consultancy that focuses on supply chain, complex procurement and commercial support and has performed a number of key work packages for both Ok Tedi and OTDF, including supply chain review and procurement of the new shipping fleets.

Indonesia the target for cattle sales 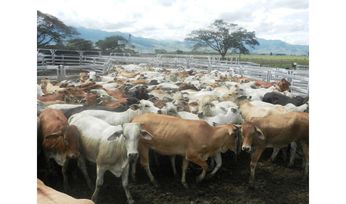 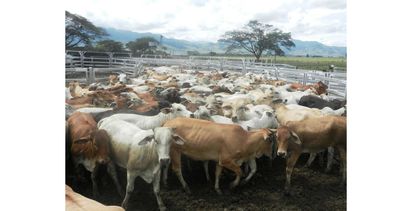