WITH its $US30 billion Olympic Dam expansion now on the backburner, BHP Billiton has announced staff cutbacks in Adelaide and cancelled plans to move into a new office building. By Wantok*

In the meantime, Melbourne resources stable mate Newcrest Mining and its South African partner Harmony have done the opposite in Brisbane, beefing up staff numbers and paying for three floors in a downtown office for a brand new Papua New Guinean joint venture project.

There are no direct links between these events but from a global perspective, the BHP Billiton decision promises to add a further sparkle to the Newcrest-Harmony move, which will announce results of a prefeasibility study on one of the world's most attractive new mineral resource projects today.

While the Olympic Dam commitment would have represented a brownfield expansion, the Newcrest move centres on a greenfields venture related to its 50%-owned Wafi and Golpu twin deposits of gold and copper-gold in PNG's resources-rich Morobe province.

We don't hear much these days about the chaos theory. But the "butterfly flutter" notion caught the public imagination in the 1970s with the challenging idea that a butterfly's flutter somewhere could have major consequences on the weather somewhere else.

Such is the likely import of the Olympic Dam decision.

My crystal ball suggests this decision will have predictable and possibly unintended consequences for the future of PNG's mining industry, with two large project proposals being immediate beneficiaries.

The first of these is the 2 billion tonne copper-gold deposit at Frieda River in West Sepik where Xstrata expects to complete a feasibility study in December this year.

The second is Perth junior Marengo Mining's Yandera copper-molybdenum project which is due to announce its feasibility study results in a matter of weeks.

The Xstrata FS was delayed from January to take account of new power generation options provided by recently discovered gas resources in PNG.

Since then Xstrata has announced a desire to sell all or part of its 81.82% equity (earned after completion of the FS) in view of its rising global copper production profile, competing projects in the Philippines and Latin America and the changing international environment.

A three-way tie-up involving Xstrata, a Chinese partner and potentially Ok Tedi could ultimately prove a winning combination for the project, assessed in prefeasibility as costing $5.3 billion to build.

Yandera, somewhat smaller in scale, has already tied up partnerships with majors in China that will provide debt finance and offtake agreements.

The negative international climate has taken a toll on the company's share price, now just 12.5c versus its year high of 30c.

PNG, which has been through the trauma of the shutdown of the Bougainville copper mine in the late 1980s and the environmental travails of Ok Tedi, will get a major boost if these projects go ahead.

Lately, the same fears that caused BHP Billiton to forego plans for Olympic Dam and to downscale ambitious expansions of its Western Australian iron ore projects have also introduced an air of caution on the PNG resources front.

Nevertheless, even in a worst case scenario there are always projects that can meet financial and other hurdle rates and forge ahead even in the worst of times, confidently looking ahead to the eventual turning of the business cycle.

Commodities, at least prior to the latest boom, have tended to go through periods of underinvestment and overinvestment, with world supplies moving between surpluses and deficits accordingly.

These days analysts suggest the problem of keeping up with demand, as older mines - like Ok Tedi - give up the ghost or downscale, will be a continuing challenge in the years ahead.

Any lowest quartile producer, in cost terms, can comfortably ride through the worst of times.

The Newcrest-Harmony Wafi-Golpu combination in PNG could well be a goer regardless of market circumstances - as its PFS results should indicate today (due for release at about 2pm AEST).

The scale of the Olympic Dam investment and the gaping hole it had to create - 4km by 5km to a depth of 1km - made it much more problematic, almost like the 15,000 page tome that constituted its environmental impact study.

Certainly the latter was a far cry from the 10-volume document BHP produced 35 years ago for Ok Tedi, which turned out to be a poor investment for BHP but one that has paid handsome dividends since it was turned over to PNG interests.

Wafi-Golpu, on current plans, would possibly come into production at about the same time the proposed Olympic Dam expansion would be churning out huge quantities of copper, gold and uranium.

With output of some 300,000tpa of copper from Wafi-Golpu plus additional amounts from Frieda River and Yandera, one only has to throw in some additional output from Bougainville to more than replace the total envisaged from Olympic Dam.

PNG, it seems, is destined to give up its status as a single mine copper producer of copper and to make its mark as a significant global producer.

*Wantok was a regular weekly columnist for PNGIndustryNews.net in 2008 and will pen more stories in coming weeks. 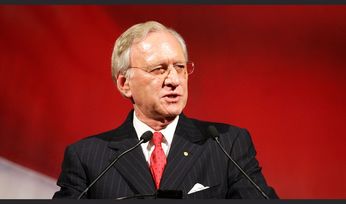 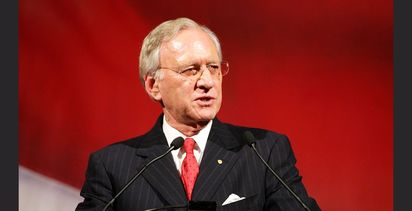