NAUTILUS Minerals chief executive officer Steve Rogers* dives into the benefits of leading the charge into deep-sea mining and reveals that operating on the seafloor is surprisingly problem-free. 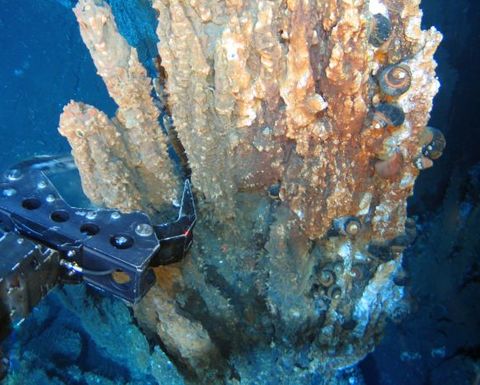 Most business people in Papua New Guinea are well aware of the Nautilus story. This is the Toronto-listed explorer which pursues seafloor volcanic vents - which often look like chimneys and are commonly known as "black smokers" - to find accompanying high grade massive sulfide deposits.

It's also generally well known that it aims to launch the world's first deep-sea mining project for base and precious metals, Solwara 1, in PNG's Bismarck Sea.

Seafloor diamond mining is already a big business, particularly for De Beers in the waters off Namibia. Petroleum operations on the seafloor have been ongoing for decades and Nautilus to a large degree is adapting the technology used by this industry for its own needs.

Nautilus has sailed through a series of key milestones in recent years, including winning a 20-year mining lease and gaining PNG government environmental approval.

It has also lured capital from major mining houses and notable private investors. PNG government-owned Petromin could be another deep-sea convert as it secured an option last year to buy a 30% stake of Solwara-1.

But Nautilus is by no means confined to offshore PNG. In many ways, Solwara-1 will serve as a benchmark for what is possible at even more promising seafloor opportunities in its exploration licences elsewhere in the Pacific.

Rogers said Solwara-1 was chosen because of its high copper and associated gold grades.

"Its location in the southeast region of the Bismarck Sea enjoys excellent weather conditions year round, offering a high operational uptime," he told PNG Report.

"Added to this PNG offers an established and mature regime for the resource industry."

While the explorer has identified more seafloor massive sulfide (SMS) system opportunities in offshore PNG, Tonga and in other areas of the Western Pacific, a mother lode of a project could emerge in the years ahead.

"As well as SMS systems, we also have a licence covering 75,000 square kilometres within the Central Pacific," Rogers said.

"This licence is known to host copper-nickel-cobalt mineralisation associated with manganese nodules within the Clarion-Clipperton zone. The CCZ is generally accepted to host the largest resource of copper, nickel and cobalt on the planet, so we are quite excited about being the only listed company to have a licence within this highly prospective region."

At the moment the main hurdles ahead for Solwara-1 surround the construction and commissioning of its custom-designed seafloor mining and process equipment.

By the end of May about 45% of the equipment required was completed. The seafloor production system at Solwara 1 remains due for commissioning at the end of 2013.

Unlike other copper mining operations in PNG, Nautilus intends to export its product direct to China for treatment and sales. It recently signed a deal with Tongling Nonferrous Metals Group Co. Ltd.

Based on its initial mining target of 1.2-1.3 million tonnes per annum of dry ore, Rogers said this could equate to 80,000 tonnes of copper and 150,000 ounces of gold per annum.

A hard-to-quantify risk to the project is whether it will face effective campaigning from environmental groups.

But despite some vocal opposition in some quarters, Nautilus is yet to face any significant backlash to its plans.

"Nautilus has not observed large-scale environmental opposition," he said.

"One or two groups seem to be opposed to any form of development irrespective of whether the development occurs on land or under the ocean and some are against any development in the sea, no matter how environmentally responsible it is.

"We have seen several articles where the authors simply misrepresent the extent of the work we have performed or have not fully understood the mitigation processes Nautilus will put in place and the commitments we have made to ensure the maintenance of overall biodiversity and ecosystem health and function.

"On a more positive note some NGOs which have taken the time to understand what Nautilus' plans really are and the extensive work we have carried out have been very supportive when groups have tried to criticise.

"Generally we have found that people respect the small footprint offered by a high grade system such as Solwara 1 which lies on the surface of the seafloor and requires minimal overburden removal."

Another challenge for the project is to ensure that PNG nationals can hop on board in terms of work opportunities.

In this case, solutions are not as simple as training up local dump truck operators. The seafloor extraction plans are primarily based on innovative tools which will be attached to remote operated vehicles.

But ROV operators are trained in facilities at key oil and gas-linked cities such as Houston, Aberdeen and even in Perth.

"Many personnel will have been trained at these facilities but a large majority will have gained their expertise at the job site," Rogers said. "We intend to train PNG nationals for many of these roles."

A workforce of around 130 to 150 people is expected for the primary production support vessel at Solwara-1 - far less than what is required for an open cut mine in PNG - and about 20% of Nautilus' existing personnel are PNG nationals.

"It is expected that some 30% of the offshore workforce will be PNG nationals and over time this will be increased to 70%," Rogers said.

"Training will be provided initially at overseas locations, such as UK and USA. Training will commence in 2013 as equipment is put through its testing programs."

While the idea of remotely operating and manipulating an environment on the seafloor might seem perilous or at least prone to technical difficulties, Rogers says it is quite straight forward.

"We enjoy working in the deep sea and, believe it or not, nothing has been annoying," he said.

"The oceanic conditions are ideal; the ROVs and their pilots are highly skilled. The equipment we use is primarily the same as that used by marine scientific researchers, cable installers and maintainers and of course the deepwater oil and gas industry so it has already been tried and tested over many years.

"There aren't many animals in the deep sea compared to the surface and any we have observed tend to ignore us. We have developed a range of equipment and strategies specific to SMS exploration, which has enabled us to become the world leaders in this space."

Rogers further described his experience of manoeuvring an ROV at the seafloor project site.

"It is very much like operating a sophisticated Play Station or X-Box. At $US4-5million per machine you do need to have a high level of expertise to move around large SMS chimneys without damaging the machine."

A feasible set of numbers is required for any mine to kick off. Nautilus is targeting offshore production costs of around $85 per dry tonne of ore produced.

"Considering the grades of the material to be extracted we can expect to compete with the land based industry even on this first application," Rogers said.

"Today these cost estimates compare favourably with a deep underground mine operation cost. In time seafloor resource production efficiencies will improve and the industry will be seen as a low cost provider of copper, zinc, silver and gold."

It's these expectations which provide a glimpse into the underlying business model of Nautilus.

Even though mining heavyweights Teck Cominco, Anglo American and Metalloinvest are key stakeholders of Nautilus, they are not privy to all of the patented technology the explorer has developed or even all of its hard-earned knowledge of seafloor deposits.

Ultimately Nautilus is positioned to become a global authority in seafloor resource production once the Solwara-1 project goals are realised.

"The strength of Nautilus' business proposition is in its ‘first mover' advantage primarily in the extent and quality of our ground positions across the Western Pacific," Rogers said.

"It is also true that we will have the technical and operational know-how to develop further projects in numerous locales.

"Any new entrants will take time to move up that learning curve."

*These comments were made before the underway joint venture dispute with the PNG government and the recent NGO-run press campaign against Nautilus.

New resource for mine 'transformation' 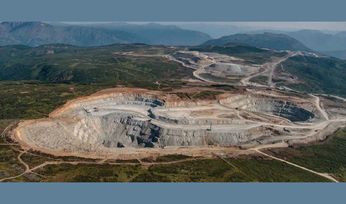 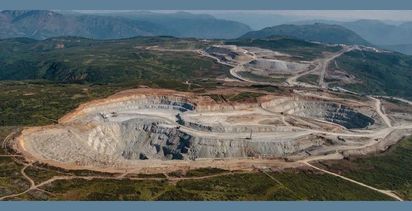