STORM clouds are gathering over PNG’s resources sector after a dream run over the past decade. Much of the inclement weather comes from Europe’s severely lagging economies, the sluggish recovery in the US and a slowdown in most other economies. By Brian Gomez 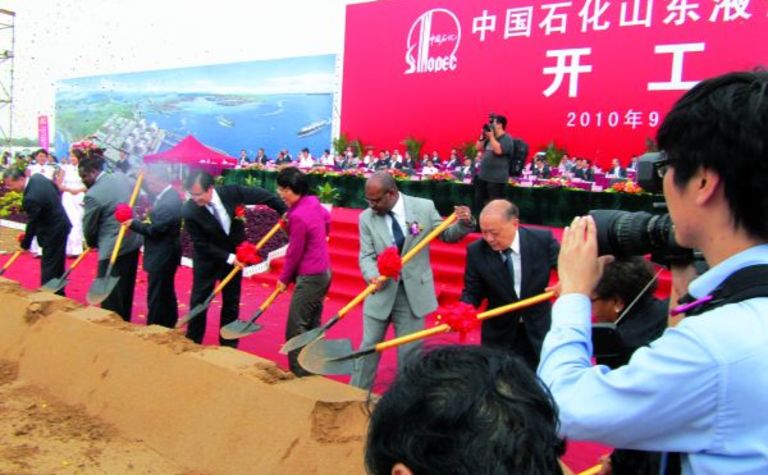 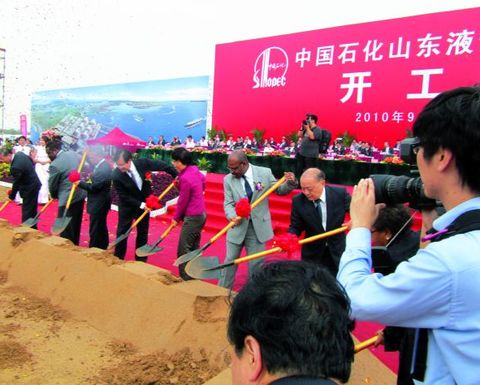 The PNG economy has been driven largely by crude oil, copper and gold, with nickel gaining a profile and LNG looming as a giant of the future.

From early in the last decade solid demand from unprecedented growth in China had engendered concerns about the adequacy of future supplies of crude oil and other minerals.

The struggle for suppliers to meet global demand raised expectations that the historical cyclical price behaviour of the resources sector could be a thing of the past. The crisis in late 2008, along with current uncertainties, has regenerated considerable caution.

The price of crude oil has recently taken a tumble. Brent has been on a declining trend since April and has fallen below $US100 a barrel. West Texas Intermediate, the key US marker crude, began falling in May to a current price of around $85.

Copper has been on a downtrend since May 1. Prices have fallen from a recent high of close to $3900 a tonne to $3400 at present. But the downside risks appear limited. London Metal Exchange prices have been falling since around March but global mine supply is well below demand and needs to be supplemented by solvent extraction and electrowinning of copper oxide as well as recycling.

From 2005 to last year PNG government tax revenues have gone gangbusters on the back of high prices for copper and crude oil. The additional tax revenues, which flowed into a series of annual supplementary budgets, amounted to about 5.2 billion kina in that period.

In some regards the revenue surges represented a sleight of hand since they came from copper operations at Ok Tedi and the Kutubu-led crude oil fields, both of which have been in their dying phase as reserves ran down.

Both are now anticipating a new lease of life. Ok Tedi, which had been planning for mine closure in mid-2013, is completing feasibility studies on a ten-year mine extension with a smaller open cut that will be complemented by underground mining. This new lease of life has been made possible by the big hike in copper prices.

Oil Search, PNG's only oilfields operator, has been grappling with a 20% downturn in production. It is about to get a big fillip when the PNG LNG project commences production in two years. This will release significant quantities of condensate via the Kumul crude oil terminal in the Gulf of Papua and will also lengthen longevity of the oilfields.

Oil Search shares hit a record $A7.52 in late April after its latest P'nyang well pointed to the likelihood there may be enough additional gas for the Exxon-led consortium to commit to build a third LNG train. In line with falling oil prices, Oil Search shares have since fallen to $6.46 before rebounding.

The Ok Tedi and Oil Search declines had been factored in for many years. But there are other storm clouds on the domestic front that have led investors to worry about their longer-term prospects.

Foremost among these is the Constitutional crisis that has occurred since the change of government on August 2, 2011 and the apparent defiance to the findings of the Supreme Court.

Concern about lack of respect for the rule of law and due process was further exacerbated when police and army personnel led by Deputy Prime Minister Belden Namah charged into the court house to interrupt proceedings and forcibly arrest and charge Chief Justice Sir Salamo Injia, alleging a conflict of interest.

Concerns about sovereign risk first arose some five years ago when the PNG government expropriated the Kodu copper deposit after the discoverer, Frontier Resources, began moving into the development phase.

It acted in the face of strong opposition from former Australian prime minister Kevin Rudd to any development in the vicinity of the Kokoda Track.

The decision was taken even though no environmental impact assessment had been conducted to determine what, if any, damage would be caused to the iconic Australian World War II site.

On the oil patch, there is lack of clarity regarding the renewal of PRL 5, where Santos as a key player had discovered and kept the Elevala gas-condensate discovery in good standing for many years prior to its announced sale in June 2009 to a Thai-owned company for $US20 million.

PRL 5 was the subject of litigation against the PNG government by Horizon Oil, which obtained an injunction in December 2010 against any government dealings in the licence. Some six months later Horizon gained a 45% stake in PRL 21, previously known as PRL 5, when it purchased an additional 10% from an entity known as Elevala Energy.

A similar scenario seems underway with InterOil, which has been given six months to show cause why its government-approved LNG venture should not be forfeited because of a reported lack of performance.

InterOil has been in the hunt for a partnership with an LNG major since it signed the development agreement with the PNG government in December 2009 and says it is now close to making a decision.

In the interim differences have arisen with Petromin, the PNG government nominee which will be entitled to take up the government's 22.5% equity once a development licence is issued for the reserves at Elk and Antelope in Gulf Province.

EVEN though improved transparency and governance are apparent in the mining arena through the role of the Mineral Resources Authority, the minerals sector is also facing worrying trends.

After the Kodu debacle, Ramu Nickel was forced to face a court challenge after it had received all government development approvals and after it had spent almost $US1.5 billion to build its mine. Now about two years behind scheduling, it is finally undergoing plant commissioning.

More recently it appears political interference may be behind a decision to withdraw support for Nautilus Minerals after the Toronto-listed company had also received all official development approvals.

This has occurred after the company made considerable expenditures on sub-sea mining equipment for its Solwara-1 project, the first commercial deep sea mining venture in the world, in preparation for mining to commence in late 2013.

The company has also signed a heads of agreement for the export of 1.1 million tonnes a year of direct shipment ore to China's Tongling Nonferrous Metals Group.

Nautilus has commenced a dispute resolution process with the PNG government that could end up in arbitration.

Another apparent blow has been felt by junior explorer Coppermoly. Its JV partner, Barrick Gold, the world's largest gold mining company, has decided to divest its stake after spending $US20 million to gain a 72% stake in the Nakru and Simuku copper-gold deposits it helped delineate on New Britain Island.

The decision came shortly before the replacement of the company's chief executive and media reports that Barrick intended to focus more attention on gold exploration and production.

Barrick's divestment decision on June 7 occured after it had appeared intent on forming a joint venture with Coppermoly to pursue development of Nakru, which could hold some 60 million tonnes of ore at a respectable grade of 0.7-0.9% copper. Its nearby Simuku deposit had an inferred resource of 200 million tonnes at a grade of 0.47% copper equivalent, and appeared set for an upgrading.

Barrick's inability to attract a significant bid for this stake could well work to the benefit of Coppermoly, as had the Oil Search purchase of Chevron's stake in the oilfields many years before.

Despite the prevailing winds of adversity, PNG appears assured of significant forward momentum in both the hydrocarbons and minerals spheres.

In the next two to three years, even leaving aside the uncertainties of InterOil's LNG project, the following oil & gas developments could be anticipated:

Near term prospects on the mining front include:

Much is at stake as PNG heads to the ballot box to determine the shape of the next national government*.

For the industry there is much concern about propriety in decision-making and in the provision of a level playing field and fair dealings for prospective participants in a sector that is going through an unprecedented boom.

Already all oil & gas and mineral resources belong to the Crown, which holds and develops them for benefit of the entire nation, but future activity could be threatened by significant changes to this mode of operation.

Although much has been said over the years about the lack of development that has flowed to local communities from big resource projects, and there is significant truth to these claims, a pattern has been set by the PNG LNG project and more recent developments for much broader community participation and involvement.

The development of landowner-owned businesses has received a big boost in recent years from the PNG LNG project. This has created a segment of fast-developing and highly professional local businesses that will be more capable of taking on major infrastructure and service contracts for the new generation of resource ventures in the years to come, bringing broader benefits to many more people. 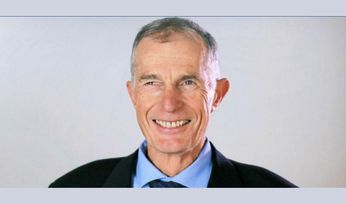 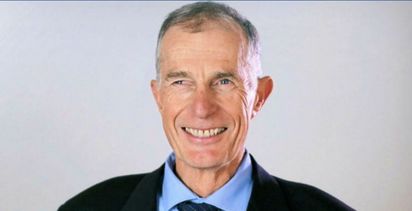 Australia must be mindful during Bougainville referendum and beyond

Gold, copper to overcome the gloom