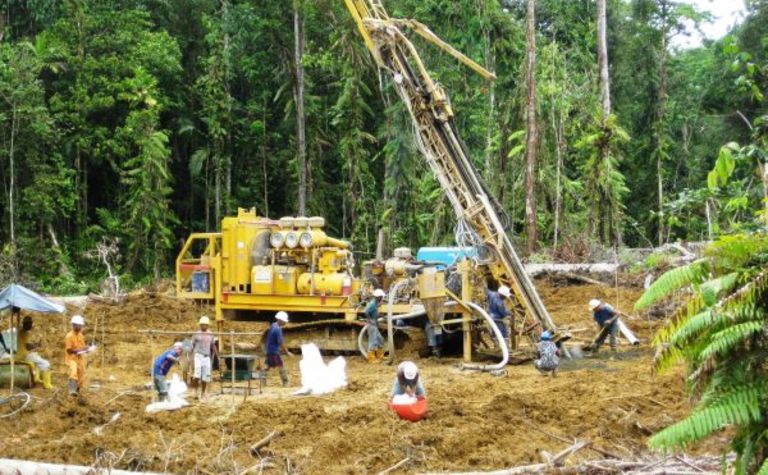 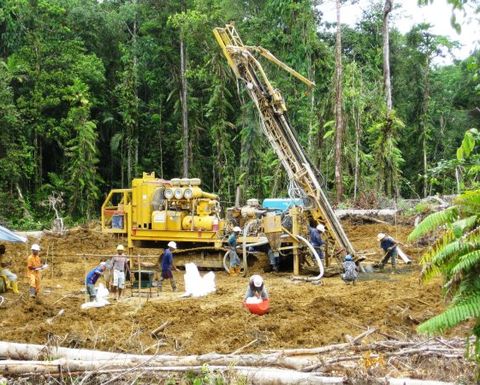 CAPTAIN Grimes isn't a bad name for a pirate but this Sydney man was actually hunting whales when he discovered the island of Muyuw in the 1836.

Popularly renamed after Grimes' whaling ship Woodlark, the island is about 250km east of PNG's mainland and 150km northeast of Misima Island, which was home to the Placer Dome-developed mine that produced more than 3.7 million ounces of gold and 18Moz of silver before it finally closed in 2004.

Following the first payable gold discovery on Misima Island off British New Guinea by a pearler in 1888, an alluvial gold mining boom gripped Woodlark Island from 1895 to 1900.

In 1899 hydraulic miners made a gold discovery at Kulumadau, which ushered in two underground operations at this site plus others at Busai and Boniavat.

This period also marked the entry of the first Australia-listed miner in PNG, with Woodlark Island Gold Mining Company debuting on the Sydney Stock Exchange in late 1899.

The early punters were not disappointed either as the new company quickly joined the club of gold stocks which actually paid dividends.

It later merged with a nearby rival company and total production at the historical Kulumadau gold mine reached 80,000oz at estimated recovered grades of 16 grams per tonne gold.

On the whole island, production has been estimated to be 200,000oz until 1918, when mining wound down.

Kula Gold managing director and chief executive officer Lee Spencer knows the history of the island well. In fact he wrote a 300-page book on the topic which was published last year and is available at the National Library of Australia.

Together with other geologists who poured money into the venture, Spencer formed Kula Gold in 2007, won the exploration licence for the entire 70km-long by 20km-wide island and the successfully floated on the Australian Securities Exchange in 2010.

Kula has since become an active PNG explorer with very encouraging exploration results.

A stroke of good luck in mid-2011 was behind the Kulamadau East discovery, when infill drilling for a possible tailings dump location struck high grades.

The deposit was only discovered because of the limestone cover all over the island. It's easy to drill through but makes it impossible to use standard exploration techniques such as soil sampling.

Fortunately, analysis of the new discovery has improved Kula's understanding of what lies beneath.

Like much of the other gold found in PNG, long-buried volcanic geology is at play.

Spencer said the Kulamadau East deposit indicated there was a general, wide circular pattern to the mineralisation in the project area.

"The sinking of the mineralisation is associated with what we call diatreme breccias," he told PNG Report.

"We have 2 million ounces of resources. We've got a lot to go yet.

"We've been there ten years and it's taken that long to crack the code, if you like, in terms of geology."

Diatremes are also associated with porphyry copper systems. But the holes to date have typically been drilled to maximum depths of 120m from the surface.

Spencer said somewhere on the island there was a big intrusion driving all the gold mineralisation. But the first focus is to establish an open cut operation, then investigate potential copper-gold opportunities deeper down when such exploration becomes more affordable.

While the abundance of limestone serves up unique challenges, there are some advantages to being on Woodlark Island.

General Douglas MacArthur gave the island an airstrip as part of the US campaign in the Pacific against Japan in World War II.

The logging industry on the island has also created a series of roads across it. The ground is reasonably flat too. These two factors eliminate the kind of helicopter-dependency PNG's mining and petroleum industries are known for.

Another attraction is that the local residents are not opposed to mining on the island.

"The area was mined 100 years ago and all the creeks have been hydrauliced and very much changed and the island has been logged," Spencer said.

"We are not dealing with pristine rain forest by any means. In fact, you have to watch for the old shafts."

The project could also become PNG's next mine. In a clear sign of government support, PNG Mining Minister Byron Chan nominated state-owned Petromin to buy a 30% stake in the project.

Petromin will need to arrange the necessary financing and complete its due diligence but the attention from Chan comes as Kula Gold advances its definitive feasibility study and works on an environmental impact statement.

At this stage Kula is aiming to develop a small scale open cut operation with ore processing at 1.5 million tonnes per annum for a seven year mine life. The goal is to start producing in the June quarter of 2014.

The flagged expansion option is to ramp up to 2.65Mtpa, which will need to be underpinned by more exploration success.

Spencer said these production rates amounted to 100,000 ounces per annum under the initial plan and 140,000ozpa under the expanded one.

The existing reserves amount to 700,000oz of contained gold. But at 10.39Mt grading 2.1gpt gold, cash costs per ounce are expected to be competitive, although they will not be unveiled until the DFS is completed in the third quarter of calendar 2012.

"I think the grades of the reserves is important because it means we have a robust gold project at double grades of Simberi [Allied Gold's mine in PNG] for instance," Spencer said.

"So that ensures our business interest for the future.

"Even if gold does goes off we will should be economic."

The DFS is based on a standard open cut operation using 120t capacity shovels with accompanying haul trucks for three pits all within 5km of a planned central mill.

A total workforce of 400 is expected to operate the mine. While Woodlark Island might be considered an isolated, far flung destination that lacks appeal to picky fly-in, fly-out types, it is well positioned to lure seasoned miners who earned their stripes in near-enough Misima Island.

"A lot of Misimans were trained very well by Placer Dome," Spencer said.

"I'm sure alternative employment in the province will be preferable to some of those trade people."

On the financing front, Spencer said there was enough in the bank to complete the DFS and see the permitting process right through to the granting of a mining lease.

From that point various options will be considered for project financing.

Spencer said nothing can ever be discounted in the mining business but Kula aimed to make the leap from explorer to mine developer and operator.

"We can do everything in house," he said.

"Our intentions are to put it into production, mine it ourselves and actually find more gold.

"We ultimately see this as quite a large producer."

On the exploration front, drilling restarted in May and Kula aims to prove up another 300,000 contained ounces of reserves by upgrading its existing inferred resources.

While some investors might consider it too early to jump on to Kula shares, Spencer said Credit Suisse analysts had valued the shares at $2.20 each - about double where they were in the relatively calmer market conditions of March and more than four times their trading value in the much more fearful economic times of early June.

Based on the 2 million ounces of resources and 700,000oz in reserves already with more to come, Spencer said Kula's permitting was also getting closer, with production in two years. 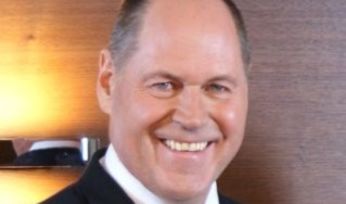 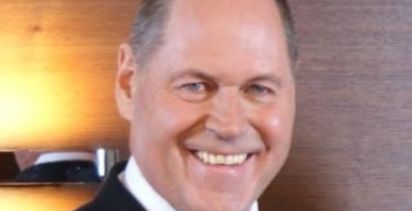