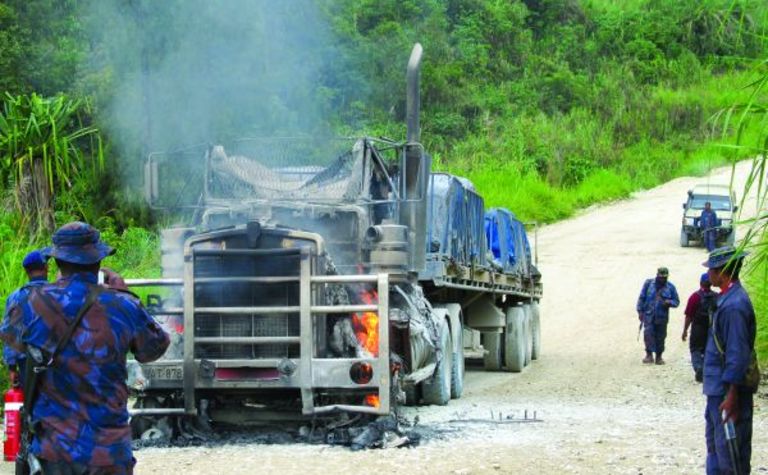 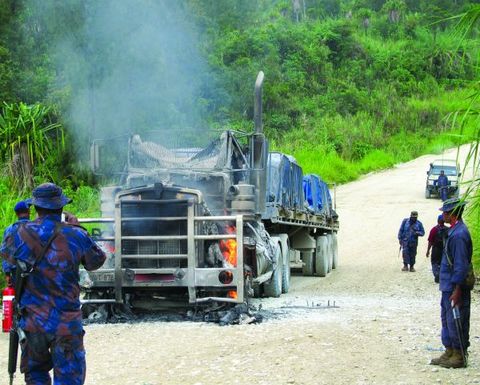 The various events of politically troubled PNG in the recent financial year - which included a brief government flirtation with the concept of amending laws to transfer resource ownership from the state to community-based landowners - clearly impacted the 2012 results.

Resource sector respondents this time scored PNG 2.84 for financial risk, 2.93 for sovereign risk, 2.69 for land access and 2.56 for infrastructure.

PNG also fared worse in the other categories. Unlike last year, it scored more than 2 for the issues of green tape, land claims, red tape, social risk, civil unrest, and labour relations.

The earthquake and landslide-prone country only went up from a score of 1.2 last year to 1.4 this year in the risk category of "natural disasters", despite the spree of such events in 2012.

Site disruptions at PNG's Porgera mine and at the PNG LNG project clearly impacted this year's survey - with PNG's labour relations score skyrocketing from 0.8 in 2011 to 2.06.

The civil unrest category jumped from 1.8 to 2.36 this year, while perceptions of its social risk hit 2.32 compared to 1.8 last year.

Overall, the total score and ranking puts PNG after 58th--ranked Turkistan and slightly ahead of war-torn Sierra Leone at 62.

PNG's ranking also places it firmly in the bottom half of the 73 countries ranked in the survey, with pirate-infested Somalia coming last, followed in order by Pakistan, Zimbabwe, Democratic Republic of Congo, Iran and Nigeria.

Scandinavian nations again fared well in the survey, with Finland retaining top spot for the third time and the second consecutive year.

"However, local operators are encouraged by the fact that the Finland government seems willing to roll up its sleeves and get the job done - there are even moves within the country for the government to get involved in investing in new mining projects," he said.

While Australia held on to its seventh place ranking from last year, Canada rocketed up the table, going from ninth to 3rd.

The full results from the 2012 World Risk Survey and associated commentary are published in the October edition of RESOURCESTOCKS, which comes out this week. 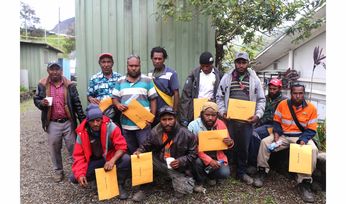