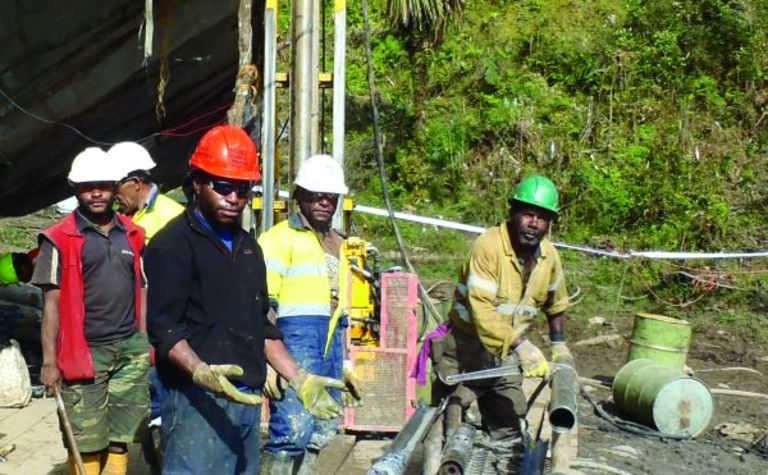 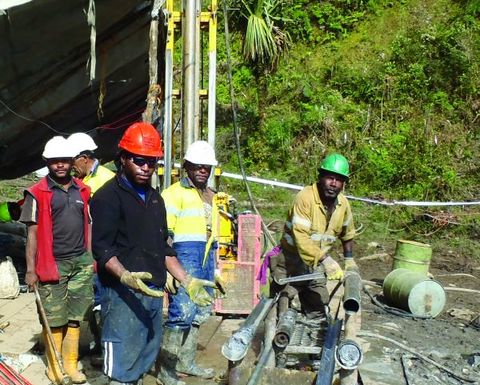 Published in the December 2012 edition of RESOURCESTOCKS

In October Indochine enlisted the services of expert geologist Tony Burgess to assess the project. A former senior resource geologist and the competent person at Barrick Gold's neighbouring world-class Porgera mine, Burgess noted the similarities between the two and confirmed three "bonanza zones" in historical or recent Mt Kare drillholes.

"The bonanza zones are in the WRZ and BZ zones, which is where we're planning the two open pits," Indochine chief executive officer Stephen Promnitz said.

Promnitz defined the zones as having remarkable gold grades of 100-450 grams per tonne gold, over intervals of approximately 5m to 20m, whereas the high grade material has grades of 5-40gpt gold over 5m to 40m.

"When you look at the intercepts that either we've generated or have been generated in the past, they back up what we define as a bonanza zone and that's very exciting," Promnitz said.

He said Burgess was one of the best qualified people in the world to evaluate the potential for further bonanza zones, given his experience in Papua New Guinea with similar gold deposits to Mt Kare, such as Porgera.

"While he was at Porgera, he discovered over 10 million ounces of gold specifically drilling quartz roscoelite gold mineralisation there to locate these bonanza zones," Promnitz said.

Burgess noted that: "Mt Kare has three high-grade bonanza gold zones that have an identical signature to the bonanza quartz roscoelite gold zones at Porgera."

Promnitz said the key aspect was confirming the "identical signature", which in turn emphasises the comparison between the prolific Porgera mine and the developing Mt Kare project.

"The upside with these bonanza zones is that they can be quite small but host a lot of ounces," Promnitz said.

"A zone with the dimensions of 100m by 100m by 40m can easily host a million ounces and we don't know how big our bonanza zones are yet, that's why we need to drill test them further."

The completion of the PFS in September confirmed a mine at Mt Kare could be a robust, high-grade open cut gold mine with a low-strip ratio, which Promnitz said could make Indochine a solid mid-tier ASX gold producer, joining a number of others in the $300 million to $1 billion market capitalisation range.

He said there was a solid base case for Indochine to make the transition to a mid-tier ASX gold producer by developing the Mt Kare project.

But any expansion in the size of the bonanza zones could dramatically enhance the project's economic viability.

"It's a shallow open cut that is running at a head-grade of 2.5gpt so there's obvious promise there but I'm saying that based on the Porgera experience, the bonanza zones can be relatively small but very rich, still carrying 1 million-plus ounces each," Promnitz said.

"What it means for this project is this can completely change the economics and make this an extremely profitable project as these quartz roscoelite bonanza zones can go straight through our planned carbon-in-leach circuit and it's a simple beneficiation."

In August, Indochine raise $9.8 million at 12c per share to advance the PFS at Mt Kare.

In October the company raised a further $13 million at 14c per share to help advance the assessment of the bonanza zones.

"There will continue to be good results coming out past Christmas, so we're going to focus on those bonanza zones as well as the rest of the assay results and the resource upgrade," Promnitz said.

Already carrying a suite of high profile investors on its register, the capital raising also offered another indicator that Indochine was onto a winner at Mt Kare, with the addition of Capital Group, a global top 10 fund manager with more than $US1 trillion under management.

Capital joins Black Rock as Indochine's other trillion-dollar backer, while two other heavyweight investors, Och-Ziff and Genesis, joined the party earlier this year, each with $25-30 billion under management.

Black Rock's interest in Indochine was sparked by the size, scale, grade and upside of the Mt Kare operations and Promnitz said Capital saw the same attributes.

"A company like Capital rarely invests in junior resource companies," he said.

"It's a major addition to the robust Indochine register."

Indeed, the major backers on Indochine's register are not renowned for investing in juniors so what is that telling the market?

"It tells the market that the big end of town can see where things are going," Promnitz said.

"These are not the funds you see even on the share register of $A1 billion market cap companies and only sometimes on a $5 billion company.

"It's a validation process, drumming up interest for other investors as well as other brokers, because every broker wants to be able to pitch to those guys, so it's a very strong indicator.

"It's a nice thing to have a great project but you have to be able to deliver it and these funds are also a vote of confidence in the company's ability to deliver this project."

Despite concerns as to whether projects can be delivered in PNG, Promnitz said the addition of Indochine's prominent shareholders was evidence of overall shareholder confidence.

He said he remained acutely aware of the need to demonstrate that not only was the project being developed but it was on track to deliver substantial value to its stakeholders.

And the Indochine board has the necessary experience to deliver the goods.

At the helm of Indochine's Mt Kare operations is country manager and project leader George Niumataiwalu, who has taken a Melanesian approach with landowners in Mt Kare, while Promnitz himself has a very good track record of spotting world-class projects.

Promnitz was with CRA during the discovery of Mt Kare back in 1988, where it was estimated that artisanal miners took out more than a million ounces in gold nuggets.

While he was acquisitions manager at Western Mining, Promnitz attempted to buy Oyu Tolgoi in Mongolia for $1 million, a deposit which now has a $16 trillion in-ground value.

Later, as second-in-command at Kingsgate, Promnitz tried to buy Andean Resources for $100 million. It later sold to Goldcorp for $2.6 billion.

"Good people attract more good people and we have a predominantly PNG national team into which we bring key experienced consultants for specialised tasks, such as the recently completed prefeasibility study," Promnitz said.

Following the success of the PFS, Promnitz earmarked the target for a bankable feasibility study at the end of the 2013 calendar year.

"We've maintained that target so we can trigger the process of applying for mining leases, which also enables us to formulate a framework agreement with local landowners which must involve the government whether they want to invest in the project or not," Promnitz said.

Armed with three lucrative bonanza zones and the backing of five major shareholders, gold production is edging ever closer for Indochine Mining, as Mt Kare continues to develop into another PNG monster gold deposit.

IDC is well on the way towards development of the Mt Kare gold project in the Highlands of PNG, an area... 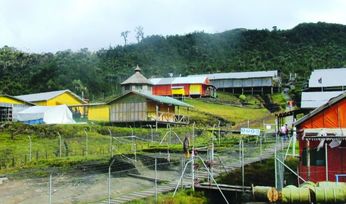 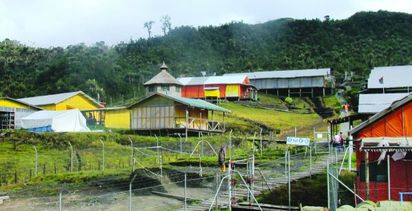