WITH all of their Papua New Guinea projects boasting enviable proximity to well-known deposits, the partnership between Mincor Resources and explorer Niuminco will usher in a wave of drilling results in 2013. 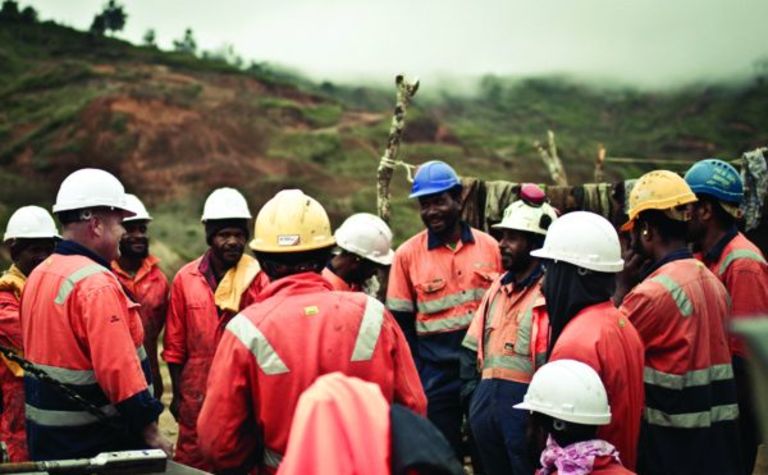 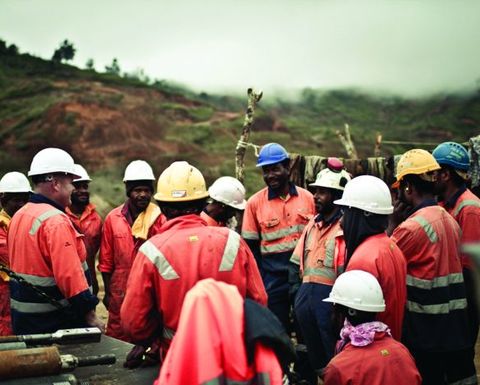 One of the newest players to Papua New Guinea's resources scene, Mincor, is also one of the most efficiently run mining companies in Australia.

It has paid fully franked dividends to its shareholders for every year since 2003 and its nickel sulphide operations in Western Australia even remained profitable when nickel prices recently revisited 2008 lows.

Mincor managing director David Moore, manning the company's stand at the recent Association of Mining and Exploration Companies' Convention in Perth, said the PNG joint ventures struck with Niuminco in May last year basically stemmed from a chance encounter.

"But we had been looking out there anyway," he told PNG Report. "We have an active program looking for new projects."

"We were looking for probably 18 months before that - in Australia and other countries."

What made PNG Mincor's first overseas mining destination was the prospectivity of Niuminco's key underexplored projects which share the same neighbourhoods as long-established deposits.

Drilling is under way at the Edie Creek project in Morobe province, where Mincor can earn a 51% stake by spending up to $A15 million on exploration over five years.

Located about 10km north of Harmony Gold and Newcrest Mining's Hidden Valley gold and silver mine, the old Edie Creek underground mine in the project area operated for five years from 1936 on resources of 200,000 tonnes that averagely graded 11.7 grams per tonne of gold.

This mine targeted the shallow oxide-based mineralisation and wasn't operating long enough or with the technology required to effectively scope out adjacent areas.

The deepest intersection below the mine workings to date started at just 150m and was a 2.5m interval grading 1.82gpt gold and 450.08gpt silver. But there is plenty of promise to find new gold zones at shallower depths.

One of the best leads is a historical hole which tested ground just beyond an underground roadway which forms the boundary of the closed mine. It landed a 5.1m intersection grading 35.83gpt gold and 117.47gpt silver less than 100m down the hole.

While this project might not offer the biggest potential payoff out of Mincor's PNG portfolio, it could be the quickest to get into production.

On what could be a best case scenario, Moore envisions an operation akin to a miniature Hidden Valley mine.

He'd like to prove up 2 million ounces worth of contained gold at high grades and said the material would have to be in mineable widths of 2-3m.

"If you have enough of that you can quickly accumulate a lot of ounces and put that in production," he said.

Niuminco's other JVs with Mincor are over its May River licence, located close to Xstrata's massive Frieda River deposit, the Bolobip licence 60km east of the giant Ok Tedi mine and the Kubuna licence next to the Tolukuma gold mine.

Mincor can earn up to 72% of each of the three exploration licences by spending $5 million on each over eight years.

Perhaps the most prospective opportunity for Mincor is the Bolobip project which briefly sparked CRA's (Rio Tinto) interest in the late 1980s, around the time it was experiencing community difficulties at its giant Panguna mine on PNG's Bougainville Island.

Depending on the time spent on surveying (magnetic and induced polarisation), Moore said Bolobip drilling could either start up in the March or June quarters.

This will be the first diamond core drilling in the project area. CRA's efforts in this regard only comprised of a wacker drilling program which tested depths of up to a few metres and this is despite its trenches which uncovered extensive surface gold mineralisation.

Given that the Ok Tedi mine's reserve position is declining, Moore said he would not be surprised if its executive-level management were keeping tabs.

"I would say they are watching very closely," he said.

The May River project will be the third cab off the rank in terms of Mincor's exploration plans in PNG.

Located about 9km west of the large Frieda River copper-gold project, which is approaching its feasibility study completion milestone in December, Mincor is excited that an identified magnetic feature on the Iku Hill prospect could represent an intrusive porphyry system.

Yet Moore signalled there will be no newsflow from May River for "a while", which is at least partly due to the time needed to interpret acquired geophysical data.

There are also question marks over whether Xstrata will divest its 81.82% stake of nearby Frieda River.

The project boasts 12.9 million tonnes of contained copper and 20.4Moz of gold, but faces significant challenges in regards to grade qualities and the lacking infrastructure in the region.

As for the Kubunu project, it seems that exploration there is firmly on the backburner for now, although any notable finds dug up there could potentially be sold on to state-owned Petromin's Tolukuma gold mine.

While this project hosts epithermal gold targets, Moore said the geology of the project did not bear a close correlation to Tolukuma despite its proximity.

In any event, with an exploration budget of up to $A9 million solely for PNG activities this financial year and the ability to self-fund a lot more, Mincor is shaping up to be one of the more committed explorers in the country, even if it's not yet apparent to industry observers.

Meet and greet with future leaders 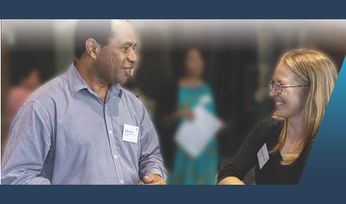 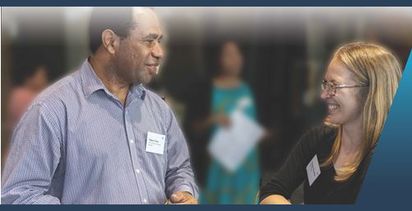